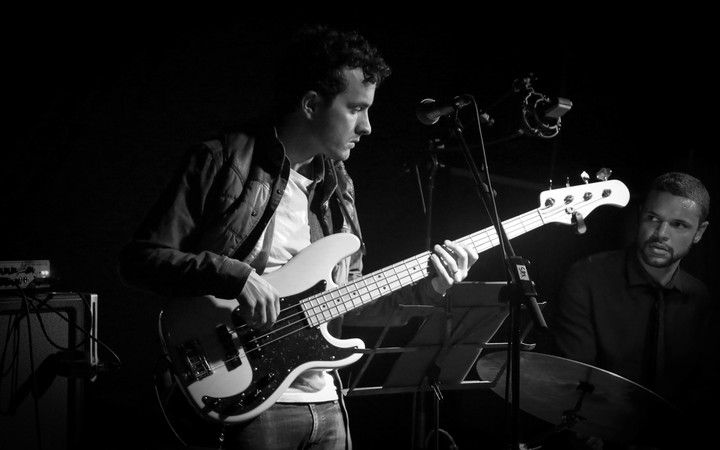 Back in 2015 on The Weekend, as part of our Musical Dynasties segment, Shaun D Wilson spoke to renowned Wellington-based beatmaker and jazz drummer Myele Manzanza.

Now we've brought back Myele back for Joint Jukebox, where a pair of friends spin the tunes that define their relationship - for good or for bad. Myele introduced Shaun to Australian composer, producer, and bass player Ross McHenry, who he's recently been on a joint album release tour with. They also debate the joys of, or lack of joy in, test cricket.

Myele is playing at the Wellington Botanic Gardens as part of the Gardens Magic series, and later in the year RNZ National will broadcast Ross & Myele in concert.