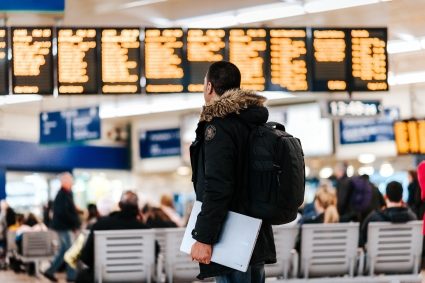 I've always been a bit of a sucker for the duty free shop at the airport-the idea of getting stuff I don't really need, only cheaper. I'm never even sure it's really saving me any money, but I don't let that stop me! And I'm not alone- the global duty free market is worth US$70 billion a year and that's predicted to rise to over US$110 billion annually, within the next 5 years!

NPR's Planet Money has been telling stories about the global economy and the forces that shape it for more than a decade and over 900 episodes. The show started life back in 2008 to cover the Global Financial Crisis. That's after its creators Alex Blumberg (who now runs Gimlet Media) and Adam Davidson told a story on 'This American Life' about the subprime mortgage crisis in the US.

And if economics reporting sounds a little bit dry and dull and not really your thing, then Planet Money might surprise you: it's engaging, explains sometimes complex ideas in a way that makes sense and isn't too patronising, and might even make you laugh!

Past episodes have traced the supply chain of T-shirts and barrels of oil from where they're produced to where they're bought and consumed. I enjoyed other ones about stadium economics, so the market forces affecting food and drink vendors at a big baseball game, and one linking the rise of the fondu party to a Swiss Cheese Cartel! So back to the duty free shop- how did this strange idea that air travel somehow qualifies you to save money on booze, perfume and chocolates even start? Robert Smith and Karen Duffin explain on NPR's Planet Money episode number 841 'The Land Of Duty Free' (originally published on May 11th 2018).