The Mixtape: Jess B

This week's Mixtape guest is Jess B, one of Aotearoa's most celebrated female Hip Hop artists. She selects music from her list of "Songs that a rapper likes, that are not rap songs".

Born and raised in New Zealand with a father from Kenya. She says growing up in Auckland in the 90s was isolating at times and she struggled to find her place.

Her love of Hip hop helped her in finding her identity, and while netball was her first love it wasn't long before she was swapping balls for beats.

With the encouragement of a number of local producers she decided to make a career in music and within two years, her debut EP, Bloom, featuring the hit Set It Off  led her to win as Best Hip Hop Artist at the 2018 New Zealand Music Awards.

Jess B's story and release of Set it Off features in RNZ's second season of Hip Hop Stand Up which you can view here. 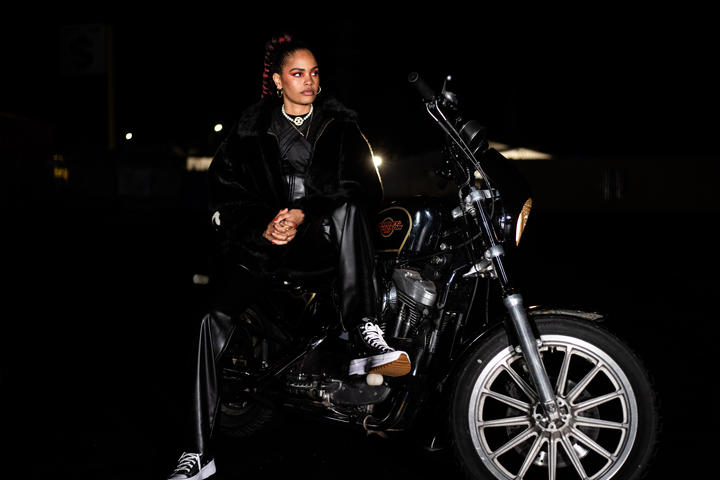