‘I wish you a wonderful break. You bloody deserve it!’

The final thing that MPs do in the House each year is debate, of course.

On paper the adjournment debate is over whether or not to pause for the summer, but in reality that’s about the only thing MPs don’t mention.

Instead adjournment debates feature a lot of bad jokes, a year’s worth of appreciation, and (surprise, surprise) a few political uppercuts while your guard is down. The Prime Minister even got in a worthy expletive. 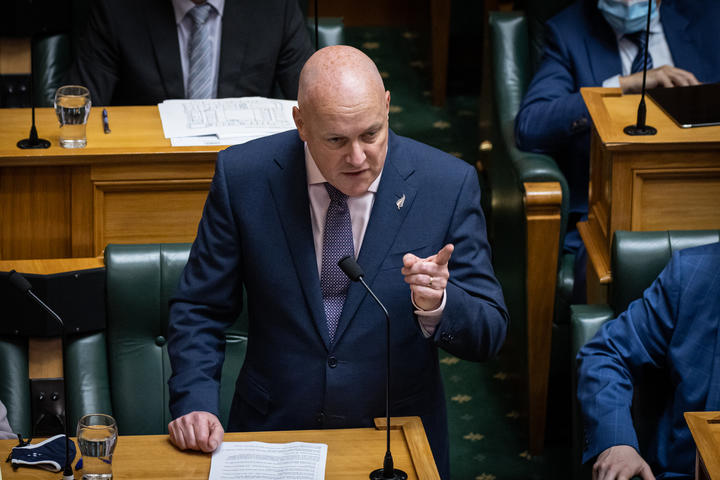 The annual litany of gratitude

Mana MP and Labour Whip Barbara Edmonds was speaking in her first adjournment debate this year and so she did a little research.

“I looked at previous adjournment debates. There are common elements that run over all of them, such as the House's gratitude for and acknowledgment of the staff and people that keep Parliament and our electorate offices ticking. To the library, security, the cleaners, IT teams, the press gallery, the Office of the Clerk, Parliamentary Service, Ministerial Services, and the team here and in Copperfields, I echo those same sentiments today — thank you.”

She is correct. Giving thanks is the most predictable element of any adjournment debate speech – it’s an annual litany, and Parliament has many types of house elves that deserve the accolades.

One or two MPs extend that applause to MPs’ own hearths. Chris Hipkins for example:

“Everybody else has gone through the catalogue, but very few people ever stop and really spend time thanking the families of all members of Parliament, regardless of what side of the House they are on. We get the bouquets, the accolades, the brickbats, all of that feedback that we get; seldom do our family members get acknowledged for the enormous sacrifices they make so that we can do what we do.

"So I want to thank my own family for what has been undoubtedly an incredibly challenging year for us. …We can only do what we do because of the support that they provide to us, and I hope that they will enjoy the fact that for at least maybe a month or so, we'll be around a little bit more and we will, hopefully, be able to give them the attention that they deserve.”

The other groups that got particular attention this year all had to do with Covid. The thousands of vaccinators got a lot of thanks, as did the people of Auckland; and kiwis stuck overseas were also brought up frequently. 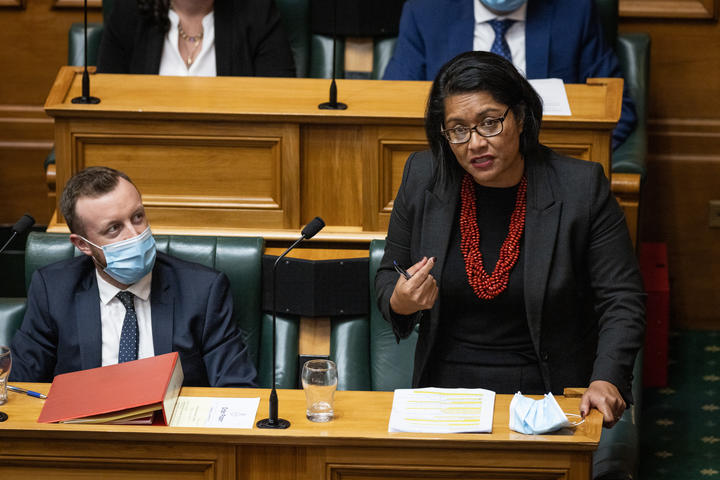 Speaking about vaccination efforts Barbara Edmonds ran through an extraordinary list of efforts in her Mana electorate, as an example of the lengths that have been gone to.

“We've had Māori-, Pacific-, youth-, church-, sport-, workplace-, and marae-based festivals. We've had Super Saturday, mobile vans and buses, Q&A sessions with gangs and their whānau, in-home vaccinations for those in transitional housing, mental health clients, in courts, and even people in police cells.”

Thanks were very obviously well deserved. But they’re not the only element of adjournment debates.

The second most common elements of an adjournment debate is humour, and attempted humour. Scripted jokes are a tricksy thing and not that many MPs nail them. The list of those that regularly do is Grant Robertson.

The jokes that did land well mostly don’t translate to the page and were very ‘inside Thorndon’, so I will spare you. If you want to perform haruspicy on the details, I suggest you re-enact the Hansard report.

Lonely humour can die horribly, so jokes are often themed. For example Christopher Luxon spent nearly half his speech giving out imaginary gifts, mostly as soft political attacks. His caucus chortled but it wasn’t catching. That's true of most parties though, your own team laugh loudest. 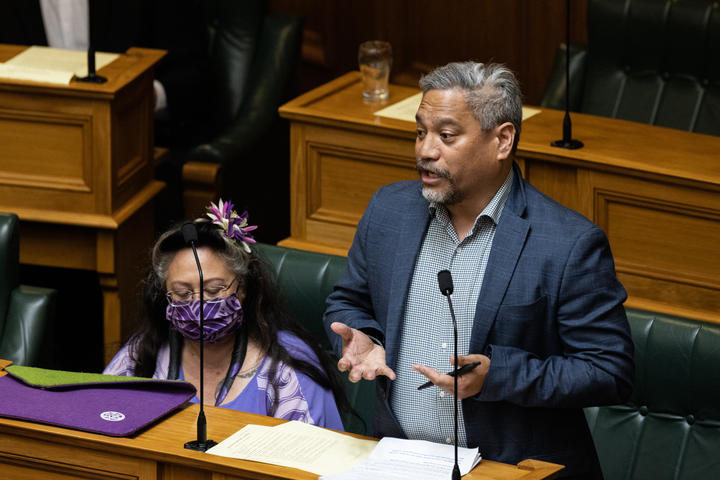 Speaking for the Greens Teanau Tuiono focussed his humour on music, and some of was self-referential and worked well: “...the Mariah Carey classic, ‘All I Want for Christmas is Urban Density Done Well: Which helps us to access both public and active transport while ensuring that there is access and accessibility to essential services’.” But all comedy wells run dry quickly.

A little uncomfortably, the very next speaker, David Seymour, had written almost his entire speech around the same ‘song title’ premise. But those political jibes were all the material he had so he just bashed on against the odds.

The tradition is (intentionally or unintentionally), that the jokes should be as ‘dad’ as possible and Parliament’s master of the bad pun is National’s Senior Whip and committee chair Chris Penk.

“Specifically to my colleagues on the Regulations Review Committee, we've had to reckon with a lot of clauses this year. Thankfully… the only "clause" that you'll have to deal with for a while is Santa! So good luck and have a wonderful break over the Christmas period.” 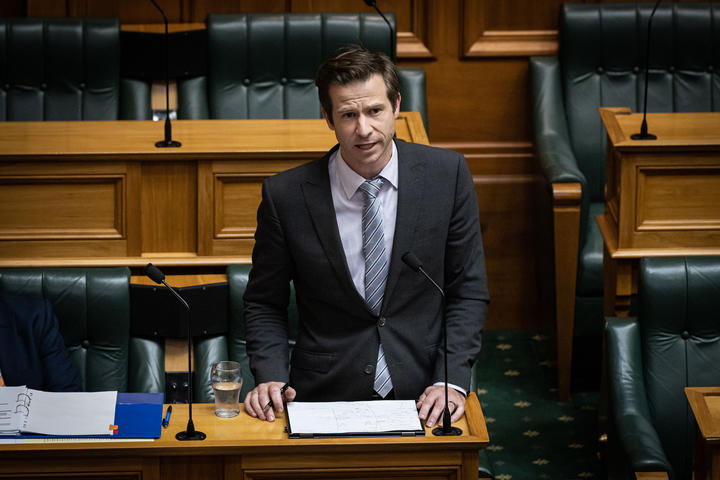 Chris Penk: "the only 'clause' that you'll have to deal with for a while is Santa!" Photo: VNP / Phil Smith

The many shades of political

Most of the humour is of course political. Most of everything is political.

The many shades of political are the third major factor in adjournment debates, but different MPs do it differently. For some it’s all in those jokes, sometimes quite barbed.

Barbara Edmonds went for the year’s highlights theme, a reminder of policy achieved.

“Let's see how many I can rattle off: the Dawn Raids apology; banning conversion therapy; Māori wards legislation; investment in papakāinga housing and infrastructure; the Ministry for Disabled People, and the Ministry for Ethnic Communities; a pathway to residence for 165,000 migrants; minimum wage and benefit increases; sick leave reforms; the health reforms; pay equity for early childhood education; property and classroom upgrades for hundreds of schools;....” and so on.

Christopher Luxon stuck with his theme of the week – springtime in National.

“You know, it's actually quite hard for us to think about heading away for Christmas, because on this side of the House, we're actually really energised and we are raring to go. In fact, we get so much energy standing here, looking across the other side and we see the worry staring back at us... We see it across the frontier with a tired frontbench who's looking back saying ‘That looks like an alternative Government.’ And I want to tell you, we're a unified team. We're stronger, we're stronger than Anna Lorck's Beroccas, and we are ready to go.” 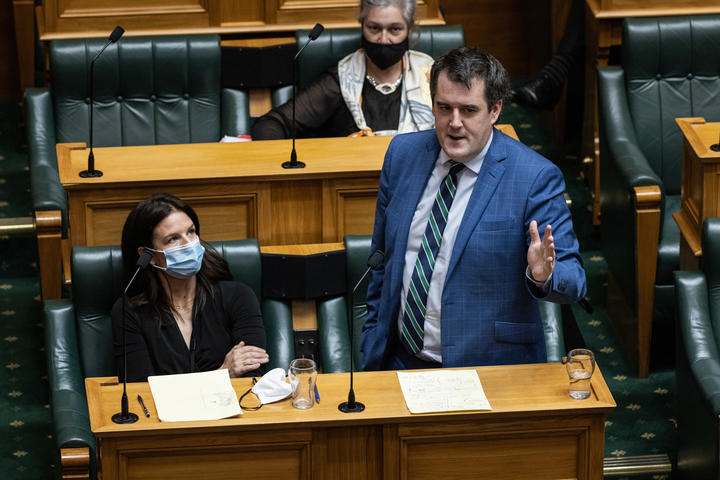 “Can I give a shout-out to Kiwis abroad. Now, the Government calls them cumulative risks; over here, on this side of the House, we call them Kiwis. They have endured enormous hardship this year. They have been locked out of their country, many of them have been unable to return, and I want to pay tribute to them for their fortitude and the enormous bravery that many of them have shown at this time of very difficult circumstances. Managed isolation and quarantine is the monolithic, bureaucratic State at its very worst. “

“The Leader of the Opposition said earlier on that members of the Government look tired. I can only speak for myself in that regard, but, yes, it's been a very tiring year and I am tired and I am looking forward to some time off. Chris Bishop talked about the extraordinary powers that the Government has. Yes, we do have extraordinary powers and I am the person who has to sign those. That is one of the reasons why I'm tired, because I take that responsibility very, very seriously. If you think that someone in this role should not be tired at the end of the year that we have had, then …that's not the sort of person that you would want in the job, because I do think a lot at night about the people who are separated by the border restrictions, about the people in Auckland whose businesses have been going to the wall. Those things have a very real consequence, and I absolutely acknowledge all of those people.” 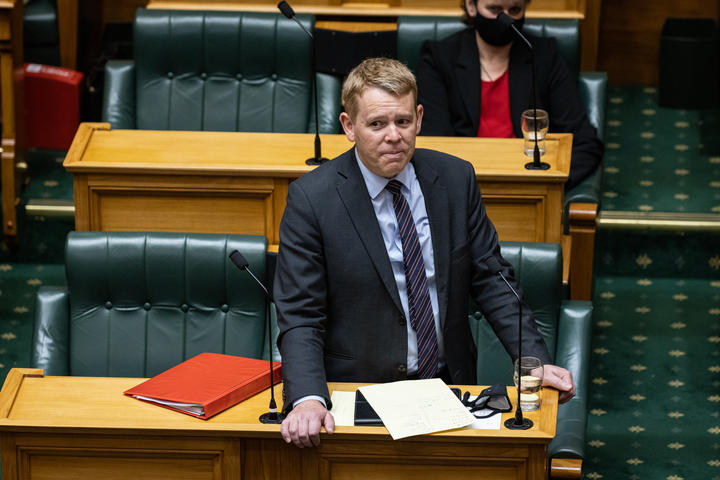 In most speeches there was that acknowledgement of what a tough, exhausting year 2021 has been. Some of those speeches wanted to allocate blame for that, some just acknowledged it and those suffering the worst.

But all of them agreed that at this point, a damn good break was needed.

“I rise with a degree of trepidation to make my final contribution in the House for the year of 2021. I do so because every day this year that I've tried to take a day off, something related to COVID-19 has happened and I've ended up having to come to work. I'm about to try and take two weeks off, and I'm not sure exactly what that's going to involve,...”

As it turned out it the very next day brought New Zealand’s first case of the Omicron Variant. [Sigh].

Not knowing that yet, he continued:  “...but I certainly hope it doesn't involve having to come into work for COVID-19, because, frankly, I think New Zealanders all want a bit of a break over the summer, and they absolutely deserve it.” 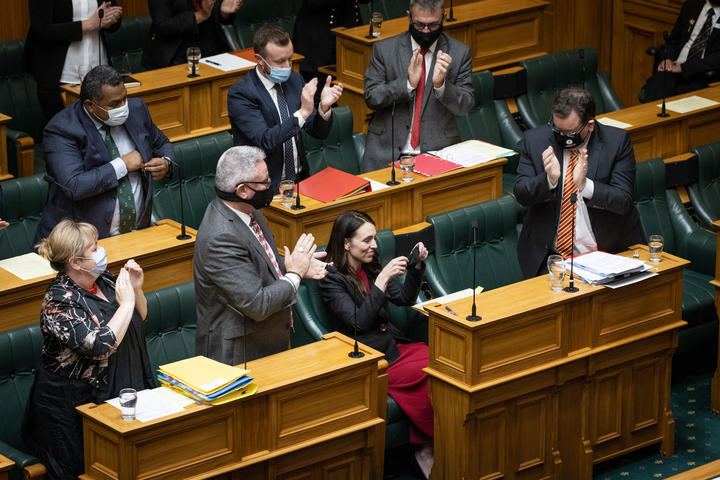 Jacinda Ardern puts her mask back on as her colleagues applaud her adjournment speech Photo: VNP / Phil Smith

Everyone agreed with that sentiment, but probably Jacinda Ardern best captured the mood.

“But let me finish where I started and it is by thanking Kiwis. It's been hard. People have been weary, but Kiwis have done what it takes to put us in the best possible position to keep moving, to take on whatever comes next. And I, for one, will never underestimate New Zealanders. So to everyone, I wish you a wonderful break. You bloody deserve it!” 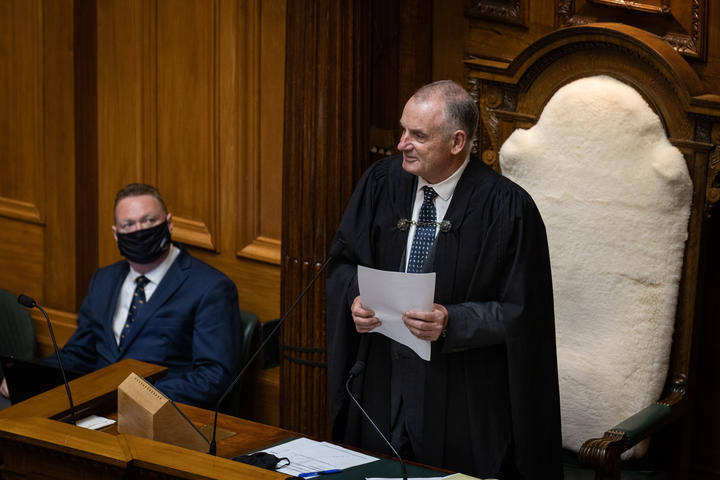 When the speeches ran out the MPs voted on that original motion that no-one had really mentioned since, whether they should adjourn. After a unanimous vote the Speaker, Trevor Mallard, declared the result:

“The House stands adjourned until 2 p.m. on Tuesday, 8 February.” 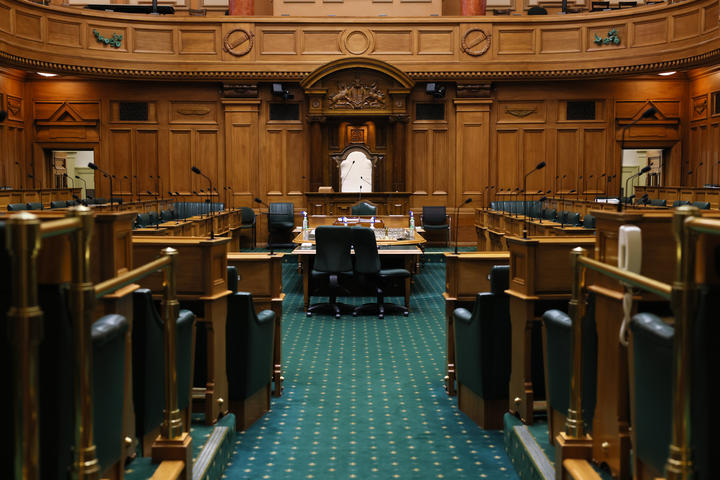