This week Parliament held a special debate to mark the 150th anniversary of the Māori Affairs Committee. That’s a long time - longer than there has been universal suffrage, and almost as long as the Māori seats.

The committee apparently began in 1871 because Māori had so many serious issues with the then government that more petitions were arriving from Māori than the petitions committee quite knew what to do with.

Meka Whaitiri describes how it was in the post-Treaty period in her home town: Tūranga-nui-a-Kiwa, now known as Gisborne.

“It was a thriving economic township... We had schooners, we had traders, and people were living, I would say, with our new settlers rather well – until the Crown turned up 25 years later in 1865 and everything went to custard. The Poverty Bay Commission was set up. Land was confiscated. We had the Waerenga-a-Hika siege in 1865...” 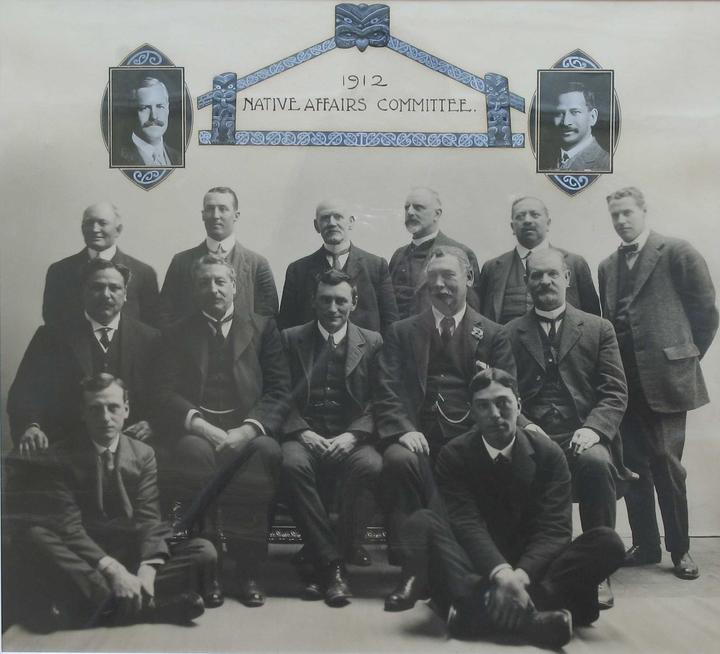 Members of the Native Affairs Committee in 1912 Photo: Parliament

There was a lot to complain about and Parliament needed a committee to deal with the complaints. By 1900 they had received around 2500 petitions.

“That was the size of the problem at the time”, says current committee chair Tamati Coffey (Labour).

You have to feel for the four Māori MPs sitting in that committee (well outnumbered by Pākehā), stuck between the needs and aspirations of their constituents and a Parliament still engaged in a campaign against Te Kooti as the Land Wars finally drew to a close.

Among the petitions were some from National MP and current member Harete Hipango’s own great-grandfather Waata Wiremu Hipango. She had not known of this until researching for the anniversary debate.

Former committee chair Rino Tirikatene also has family connections that reach back into the committee's history, “my own grandfather, who presented the petition of 40,000 Māori in 1932 under TW Rātana for the statutory recognition of the Te Tiriti o Waitangi, and that is really the root of the mahi of the Māori Affairs Committee.”

Rino Tirikatene (Labour) is the third Tirikatene to be an MP but the first to have chaired this committee. 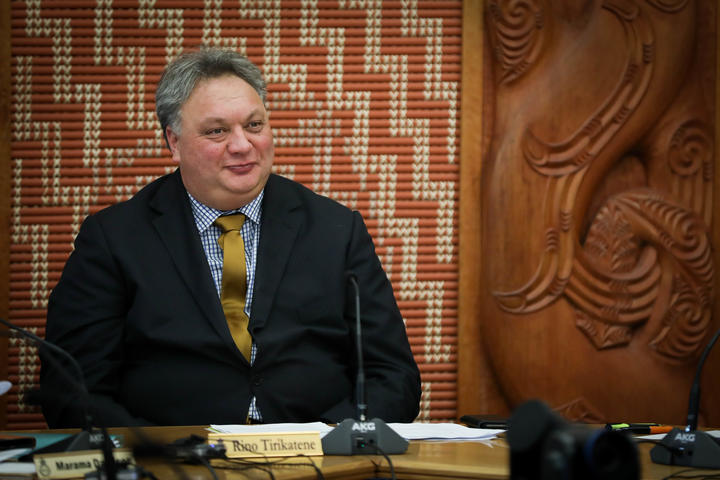 The Native Affairs Committee (as it was originally known) had 12 Pākehā chairs before a Māori MP, Sir Āpirana Ngata, finally led it for three years from 1926. Then it was back to Pākehā committee chairs for a decade or two. The committee has only been reliably a Māori-led group since the 1990s. MMP made a huge difference here.

Rino Tirikatene points out though that being Māori is not essential to making a strong contribution though.

“It isn't just Māori too; all politicians from all parties in this House are members of the committee. Great contributions have been made in my time. I think of members like Chester Burrows and Jonathan Young, they were great members who made very good, solid contributions to really help the mahi of the committee. So it's not just a Māori committee, although, it is the mahi that we do to really advance the Treaty journey, as I say.”

The modern committee has had a crucial role in considering Treaty settlement legislation. This has involved a lot of travel to visit iwi and hear their grievances on their marae.

Current committee member Teanau Tuiono (Green Party) says being on the ground is crucial and he looks forward to it being possible again.

“Bills show up and they’re just on a bit of paper, and you can read it and you can try to ascertain, in an abstract way, the mauri [the essence] of it. But when you’re on the whenua, or by the moana of the people whose kōrero that is, then it gives you a better depth and appreciation of their struggle.” 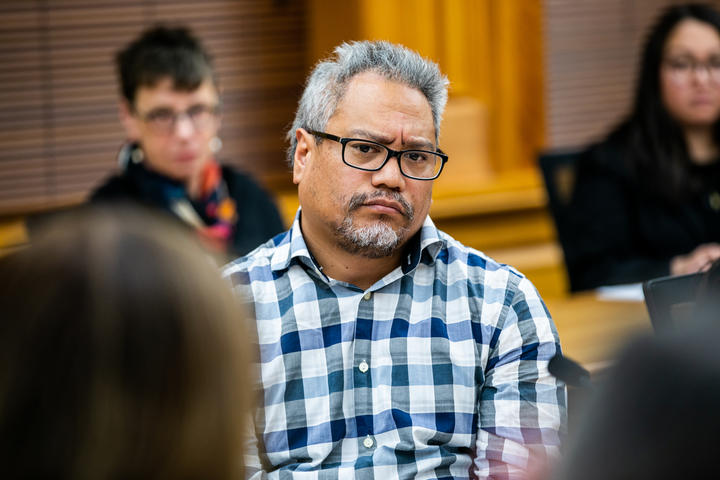 Each committee at Parliament has its own style and personality and the Māori Affairs Committee is known for being both highly independent and collegial. Simon Bridges (National) remembered that independence from his time on the committee.

“I can remember, in addition to the Treaty settlement work, some very important work — seminal work, actually — the... tobacco inquiry. I can remember about that, it was independent. The ministers would get very nervous about it, and old Tau Henare, who some of us will remember, he was chairing it. He didn't give a stuff what the ministers thought; he was going to do whatever he thought would get his name in the paper in that inquiry.”

“So we came on to this Māori Affairs Committee and we looked across the other side and we saw Richard Prebble and Murray McCully. And these guys are the ministers of everything, as you well know. We saw John Luxton, we saw Doug Kidd, and we saw Georgina te Heuheu. And JT [John Tamihere] and I thought we were going to have a ball, you know, smashing into the Opposition. The problem is, we started agreeing with a lot of their kōrero. ...So it was a fascinating time for me ... I also realised that you could all work together in that sort of whanaungatanga-type space.”

He did however also remember less convivial times.

“It was a time, of course, that was a bit feisty at times, too. Richard Prebble threatened to punch out JT because JT wasn't wearing a tie one day. So that wasn't a good look in terms of the Māori Affairs Committee at the time. JT threatened to punch out Mahara Okeroa who was on the same side as JT's, and I got promoted to chair that day.” 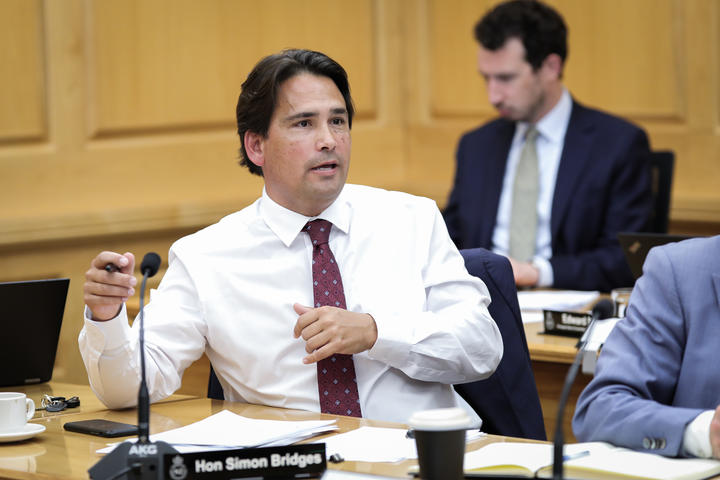 Simon Bridges laughed about combative members from the same period.

“I like to say that I brought a bit more decorum back to the proceedings of the committee from JT and Willie's time. There were no punch ups. There were no scuffles. There was plenty of hākari, plenty of feasts that we had. Every week we were having great kai from all around the country. So I'm pleased that I was able to bring that to the committee during my tenure as chair. But the work does continue, it is serious mahi. It is a privilege that we are able to do and to try and move the needle forward on Treaty matters for Aotearoa.”