‘The Realm’ and the Queen’s new stand-in

On Thursday morning at Parliament New Zealand’s Queen got a new official body-double, otherwise known as the Governor General.

Our brand new Governor General Dame Cindy Kiro was formally sworn in in Parliament’s beautiful Legislative Council Chamber in a very kiwi ceremony with plenty of meaning but without too much pomp.

There would have been more pomp but Level two restrictions but the kaibosh on military parades, trumpet fanfares and receiving lines. 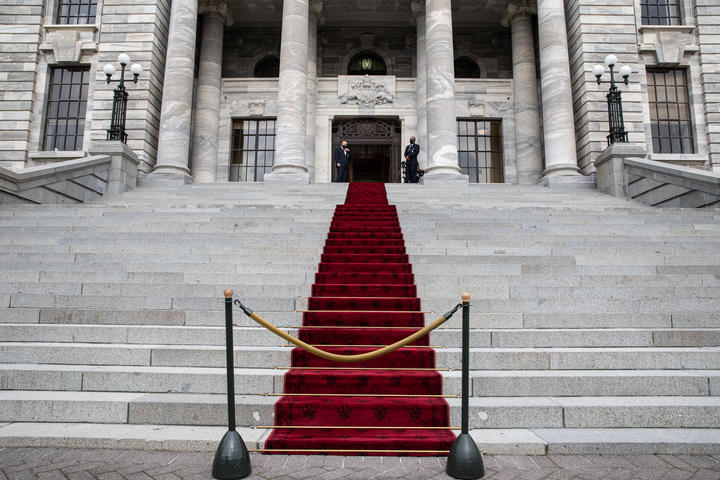 But did you know we were without a Governor General for three or so weeks?

Governor Generals serve for 5 years (though extension have occurred). And so, as if the role were from a fairy tale (which, face it, it kind of is), when the clock strikes five years, the metaphorical royal carriage returns to its original pumpkin. 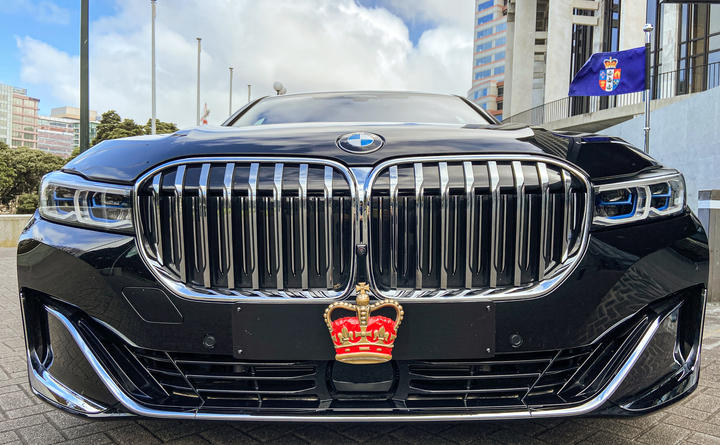 The term of the previous Governor General Dame Patsy Reddy ended on September 28th and in the meantime - during this interregnum of sorts the role was covered temporarily by the Chief Justice as the Administrator of the Government.

So, for a few weeks two branches of New Zealand’s government were headed by the same person.

As it happens the Chief Justice Dame Helen Winkelmann was in attendance at the swearing in for the new Governor General. She was there particularly there to administer the two oaths of office: one of loyalty to the Queen (and her heirs and successors), one as to the performance of the role. 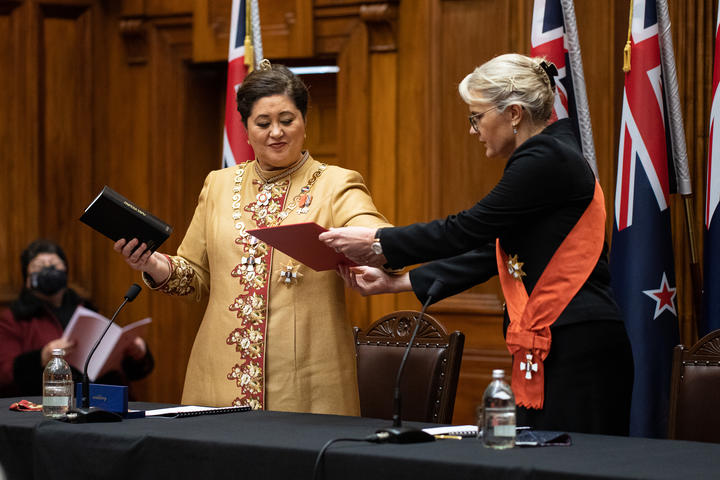 The Governor General’s Oath (in case you plan to become one in future and want to practice), runs as follows:

I like the note of customs alongside laws. It places the Governor General well in respecting local tikanga and norms - which might include everything from the constitutional role of Te Tiriti, to a healthy respect for BBQs and beach cricket.

Cindy Kiro took her oaths in both English and Te Reo. And swore on a Maori translation of the bible (Te Paiperi Tapu).

A quick tip for those of you who felt it was a precaution to practise the oath of office: when you get sworn in bring a small, light bible because you will need to hold it up in one hand while you swear the oaths.  If you are swearing bilingually like Dame Cindy that can take a few minutes. It will feel like forever if you are attempting to single handedly lift some hefty ‘my-bible’s-more-serious-than-your-bible’ style volume. 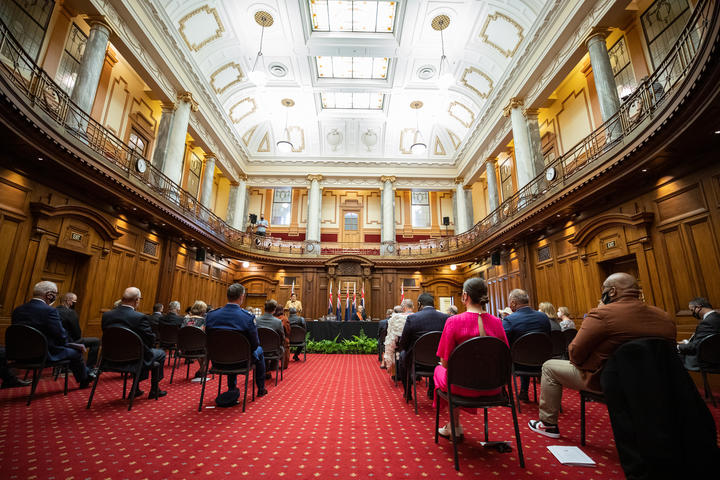 A physically distanced audience in the Legislative Chamber for the swearing in of the Governor General Photo: VNP / Phil Smith

The swearing-in event was pared back and physically distanced but still managed to assemble a surprising preponderance of the nation’s heavyweights in a single room. In fact - all the constitutional great and good were there.

Heads and administrators of of the government, legislature, and judiciary; political party leaders, former Governor Generals, and representatives of the other realm territories (more on them in a moment). I also spotted most members of the Executive Council (the senior cabinet ministers) who particularly had to witness the swearing in.

Also at the ceremony were four men in well beribboned uniforms, dressed with ceremonial swords and beautiful kākahu. These are the Chief of Defence Force (Air Marshall Kevin Short) and the three Service Chiefs (army, navy, air force).

They were there because Cindy Kiro is not just Governor General but also Commander-in-Chief of the armed forces. In fact, in acknowledgement of this role she went immediately from the swearing in to Pukeahu National War Memorial Park for a wreath laying ceremony along with the Chief of Defence Force and the three Service Chiefs. 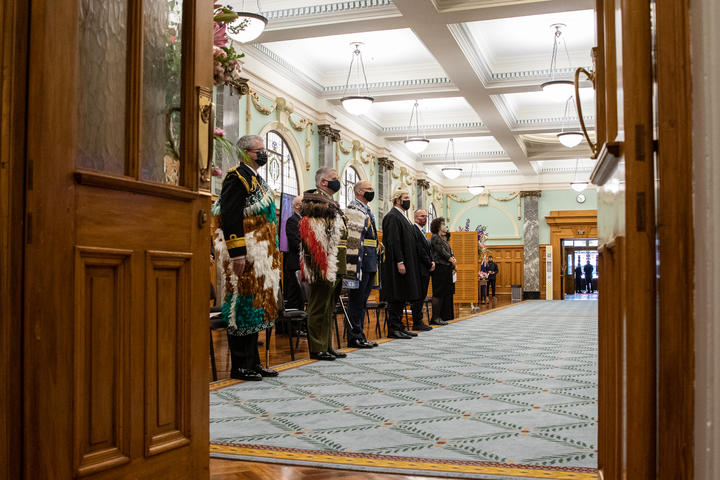 The three Service Chiefs and the Clerk of the House stand for the Governor General to pass Photo: VNP / Phil Smith

The different parts of the Realm aren’t all the same. Niue and the Cook Islands are autonomous but in association with New Zealand. They look after their own domestic affairs and we help with external things like defence and some external affairs.

Tokelau is a dependent territory of New Zealand (we administer it), and the Ross dependency is a triangular sliver of ice and rock in Antarctica that New Zealand has claimed as a territory. It’s the slice that is due south of the rest of the realm.

It is a small slice of Antarctica, partly because we happened to be adjacent to a portion that is mostly one vast frozen bay. You might think that New Zealand won the misère hand of territorial claims - unless in a century or three we find we have some unexpectedly pleasant tropical beachfront on the Ross Sea.

The reason those various states and territories are called the Realm countries and are tied together is not only because New Zealand is something of an elder brother to them. It’s because those countries have the same Queen. The Queen of New Zealand - and so they can also share a Governor General. Very convenient. 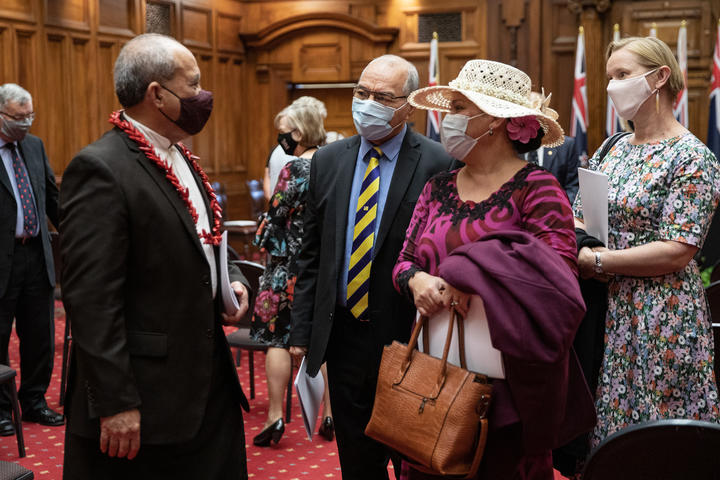 The Commonwealth actually has quite a few queens. The Queen of New Zealand, Queen of Australia and the Queen of Canada etc all inhabit the same person, but constitutionally those are actually different Queens.

And one fun note for a possible future.

New Zealand had a long run of British gentry fulfilling the role of Governor and then Governor General, eventually we managed to claim the position ourselves and started filling it with kiwis. But if our Governor General is also the Governor General of the Cook Islands, Niue and Tokelau it might be a neat move one day to appoint a kiwi from one of those parts of The Realm as the Queen’s local stand-in.

In the meantime The Realm of New Zealand now officially has a new Governor General, and she seems pretty cool. 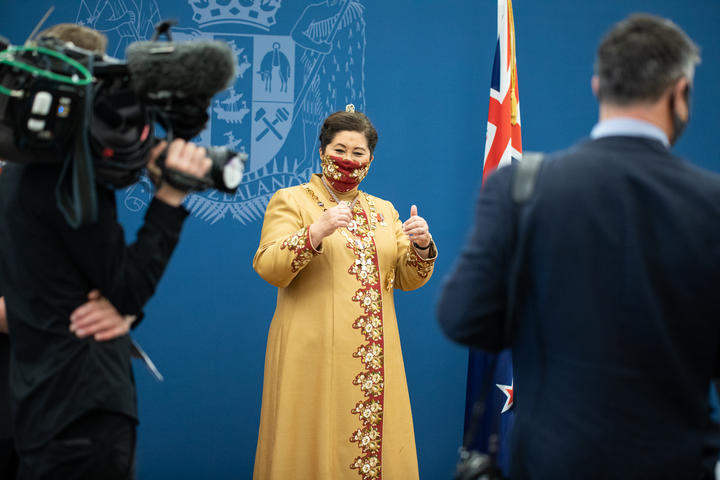 Having got the ceremony smoothly Dame Cindy Kiro gives a friend the double thumbs up as she waits for an official photo. Photo: VNP / Phil Smith