This week Parliament got back beyond the basics. It even devoted time to a unanimous ovation for our paralympians.

There was more action in Parliament’s debating chamber this week than the first week under level 3-4. The first week back the House only performed its government oversight function.

This week it also did that but managed other things like passing a Budget and hailing conquering heroes returned from what seem at the moment to be fantastically far-off lands. 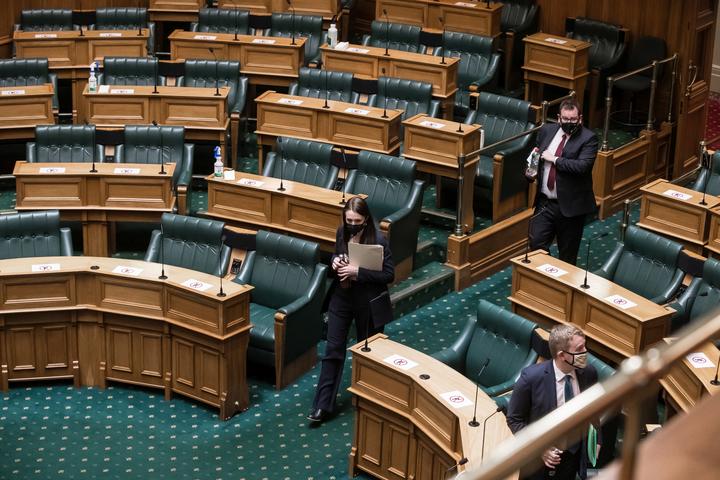 Prime Minister Jacinda Ardern began Thursday with an all party round of congratulations.

“I want to, on behalf of the government, acknowledge all of the paralympians who were members of the team competing in Tokyo, and congratulate them collectively on their achievements.”

Every now and then the House begins its day by marking an historic (or historical) event or a particularly impressive performance on the international stage. This week it was the New Zealand Paralympic team that got that treatment. A good 15 minutes of rave reviews.

The team is now all tucked cosily away in MIQ but I hope they were watching in their hotel rooms - there aren’t many people or groups that get universally glowing references from across the political spectrum.

Not many people have the MPs describe their behaviour and skills so enthusiastically - or at all. Here is a taste of the praise.

“This truly has been a Paralympics that has captured hearts and minds of New Zealanders and provided countless hours of incredible and inspiring sporting moments… I hope that you achieved and even exceeded your aims. Your friends, your family, and the rest of New Zealand are so proud of you, and were right behind you, cheering you on.” - Jacinda Ardern (Labour)

“They've made us extremely proud, and are an inspiration to all New Zealanders. Thank you for showing us that achievement is limitless, and can I say, personally, I am very much looking forward to welcoming you home, as much as I enjoyed farewelling you as you endeavoured to achieve greatness.” - Jacinda Ardern

“At a time when good news is hard to come by, it's great to see Kiwis performing so admirably on the world stage. New Zealand's tally of 12 medals, six of them gold, at the Tokyo games again proves just how much we punch above our weight when it comes to world sport.” - Judith Collins (National)

“It has been another memorable games for our incredible and inspiring paralympians. These world-class athletes who have let nothing stand in the way of success. In many cases, they have overcome enormous hurdles to be the best, and have never let disability define them. These are our heroes, and we salute all who took part.” - Judith Collins

“Firstly, I'd like to acknowledge all 29 athletes who made it, and those who didn't make it because of difficulties qualifying in the midst of a global pandemic. Elite athletes seem to me like a bit of a breed apart from the rest of us, demonstrating such determination, sacrifice; just sheers guts, as well as that illusive thing called athletic prowess. They say, though, much of the success comes down to mental attitude, and I suspect that has been more true this year than in any other year, what with the delay, breaks in training, and a loss of audience and the usual supports.” - Jan Logie (Green)

“I think the Paralympics, particularly in a time like this when our little country has faced a lot of bad news—perhaps one of the most beautiful and uplifting things that happen: they show what people can achieve when they put their mind to it. They show what an exceptional country New Zealand is, for its competitiveness and for its ability to get out there and make a difference, no matter who we are.” David Seymour - ACT 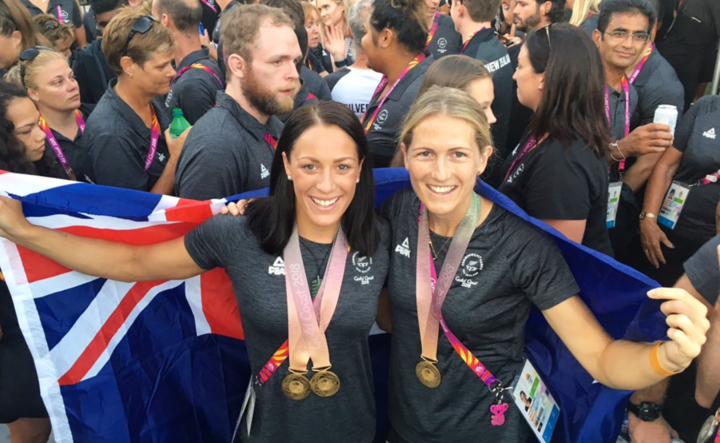 'Truly one of our finest ever sportspeople'

The team was praised, medalists were named and renamed, nervous moments were recalled; but one paralympian was focussed on by all speakers - Sophie Pascoe.

“Among the achievements, it is hard to go past New Zealand's greatest paralympian, Sophie Pascoe. She once again showed the world what an absolute champion she is… Sophie is a legend: a dedicated trainer, a tough competitor, a leader, and a mentor. She is truly one of our finest ever sportspeople.” - Jacinda Ardern

“Of course, special recognition must go to Sophie Pascoe, our greatest ever paralympian. With two golds, a silver, and a bronze in Tokyo, Sophie is one of this country's greatest ever athletes. It's testament to her pursuit of excellence that she was in tears after taking bronze in the 100-metre backstroke final. Such was her determination and drive to be the best, third was below her own high standards.” - Judith Collins

“…the legend Sophie Pascoe, who left everything in the pool, and a bit more on the side. She brought home two golds, a silver, and bronze after almost pulling out just weeks before the games because she'd not been able to compete in an international competition for almost two years and it had been months since she had been in a serious competition. She said at one point she felt she had let us down. I want to say clearly in this House: Sophie, you did not let us down, you did us bloody proud.” - Jan Logie

“Special congratulations, of course, must go to New Zealand's greatest paralympian. Sophie Pascoe returned the biggest individual medal haul, bringing home four, or one in three, of all of the country's medal — two golds, a silver, and a bronze from five events. She now sits on a career tally of 19.” - David Seymour

And along with all the praise Green MP Jan Logie had one or two other things to note. Firstly about the level of TV coverage.

“As a country stuck to our couches with our chippies and beers, we cheered them on, and they all made us so proud. To be honest, we would have liked to see more of them, and the Greens will advocate for better TV coverage for the next games.”

And also about using the games as an example for reorienting our own society.

“Finally, I also want to acknowledge the words of Chef de Mission Paula Tesoriero describing the paralympic village: "There are more people like me, no awkward stares, and most things are accessible. I wish the rest of the world could be like that. More social inclusion, greater accessibility." So as the ultimate tribute to our athletes, let's all take an action to make our country more inclusive, #lifeshouldn'tbeanOlympicstruggle.”

That was how the House began on Thursday, before it got down to the more typical Question Time and finishing off its long consideration of this year’s Budget.