Parliament's tiny house vs its committees

It was a very unusual week at Parliament this last week.

The halls of the precinct were echoing and empty. A few of the press gallery were present, a few security and those most essential of all workers - cleaners, but that was it in Parliament House. Except of course for a tiny handful of MPs.

On Tuesday there were maybe twelve in the building, ten in the chamber at a time. On Wednesday and Thursday there were a few more, but still just a soupcon of politicians in a pretty empty debating chamber. It was less the House of Representatives, more the Tiny House.

So where were the rest of them? 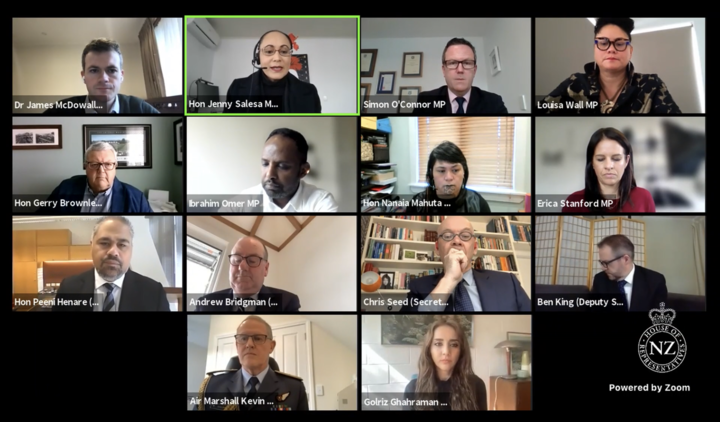 The Foreign Affairs select committee getting a briefing on Kabul on Monday, and outnumbering those in the Debating Chamber Photo: VNP / Parliament

Other MPs’ voices, other rooms

The truth is the Debating Chamber is only one of the many rings in the parliamentary circus.

Sure, the Debating Chamber is where the party leaders and front bench MPs combat, but most of the work is done elsewhere - in Select Committees, and by backbench MPs.

And that’s where they were this week - just quietly. You might not even have noticed. And they all did it inside their bubbles from front rooms in various corners of the country.

So for example, in Wellington the Speaker kicked off the House for the week on Tuesday afternoon with the customary  prayer, but the Māori Affairs Committee had already beaten him to it by a day and a half when they began with a karakia on Monday. They were hearing evidence on the Ngāti Rangitihi Claims Settlement Bill.

The Māori Affairs Select Committee is unusual in usually beginning with a karakia - on this occasion it came from Te Pāti Māori MP Rawiri Waititi who perchance is a Ringatū Tohunga as well as an MP. 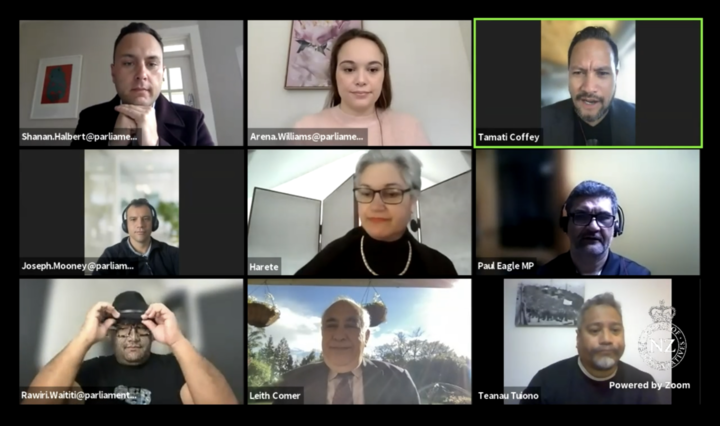 The Maori Affairs Committee meeting online. Rawiri Waititi (bottom left) adjusts his hat after having removed it to lead the committee in an opening karakia. Photo: VNP / Parliament

Typically, select committees meet on Wednesday and Thursday mornings but this week (and last week) they started early and finished late.

Mahi by the numbers

By the end of the week parliament’s Tiny House had sat for just 4 hours and 39 minutes. For comparison, in a typical week the House meets for 17 hours of debating and questions.

So, ending where we began - at least in terms of the hours spent this week, the great bulk of Parliament’s work was not done in the tempest of the Tiny House.

It was done in the online Select Committees where backbenchers were slogging away at petitions, bills, briefings, hearings and reports from their front rooms. And often likely juggling childcare along the way.

So, while the House met for 4 hours and 39 minutes, the various committees, between them, spent a little over 49 hours in front of a Zoom screen. Now that’s a screen binge.