Covid, covid, covid: a week of questions at Parliament

Parliament’s Question Times this week have been half the usual length with most questions coming only from the Opposition.

There were two quizzes after ministerial statements on Tuesday though so there were plenty of questions to go round.

Most of them were regarding New Zealand's Covid-19 response, or the economic and social impacts; but that’s probably not a surprise.

The main recurring theme was the vaccine rollout. On that aspect we collected a few themes and take-aways. 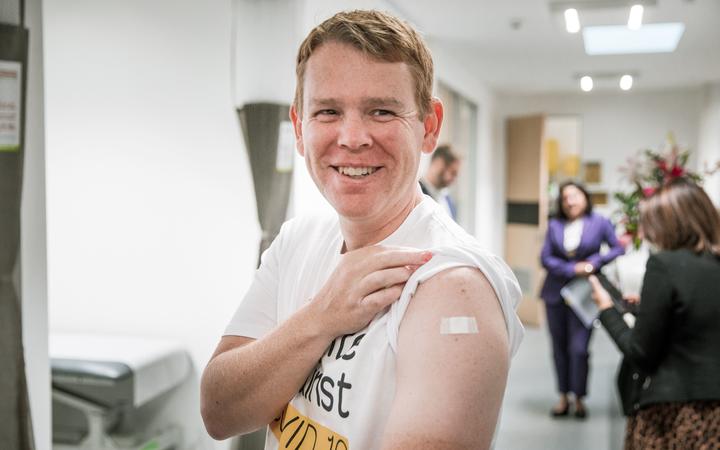 The opposition have been working to build a narrative of a failed vaccine rollout. They have needed to do it quickly because increased Pfizer supply and a burst of jabs mean the previously low vaccine numbers have been climbing quickly.

Judith Collins asked on Tuesday whether we were second-to-last in the OECD, but by then we had already climbed past four countries. By Thursday we had likely passed at least one more - Australia.

According to the Prime Minister we are now delivering jabs at a per capita rate as good as any country has achieved. She seemed confident we would surge beyond that when the bulk (and the remainder) of our vaccine order arrives in October.

By the end of October we will have apparently received some 10,100,000 doses. More than enough for two each.

One underlying thing both ACT and National asked a number of times was why we started vaccinating later than others.The answers point to a variety of causes, but three seemed particularly significant.

Deciding to go with just one vaccine, Pfizer, meant we couldn't boost supply by mixing and matching from various sources. The Pfizer efficacy has proved a decent choice.

While other countries, struggling with major outbreaks and thousands of deaths, launched vaccination programmes under emergency approvals New Zealand waited for full Medsafe approval. The Prime Minister intimated that retaining public vaccine confidence was a key reason for this.

And three, New Zealand politicians (and likely those in most if not all countries), have had the humbling experience of being entirely reliant on the pharmaceutical giants' decisions about who needed and who got vaccines and when.

Both David Seymour and Chris Bishop inquired as to whether New Zealand had offered Pfizer more cash to get vaccines earlier. In response to the ACT leader Chris Hipkins said,

"I have had conversations directly with representatives of Pfizer to discuss this issue. Pfizer have been very clear: their production, the production that they have of the vaccine, is fully committed around the globe and they are not willing to offer rich countries the opportunity to pay more in order to displace countries who cannot afford to do that... ."