The unmysterious case of the vanishing leaders

This week MPs returned to the debating chamber after Parliament’s mid-year sitting break, and all the MPs trooped into the House after three weeks work in their electorates.

Well, almost all of the MPs. On Tuesday two prominent MPs were absent. These two are invariably absent in pairs.

It’s the not-particularly-mysterious case of the vanishing leaders. 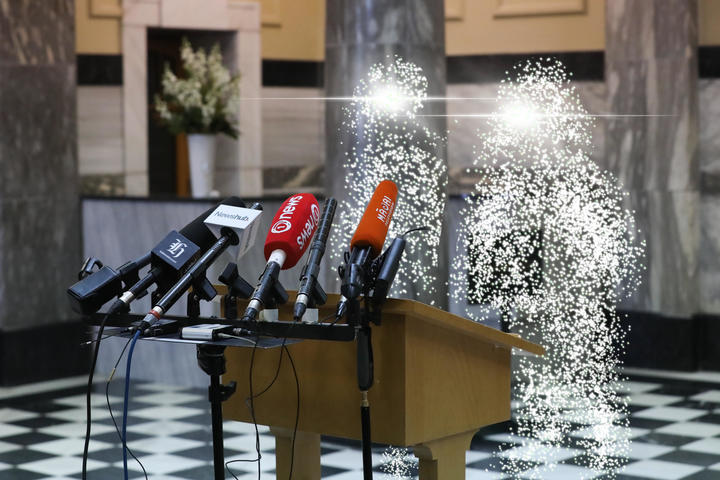 The PM and Leader of the Opposition 'beamed up' mid-press conference Photo: ©VNP / Phil Smith

On Tuesdays Question Time tends to act as the first major release valve for political energy inside the House. The volume can be prodigious. The reason for this extra energy is that on Tuesdays (and Wednesdays) the Prime Minister is almost always present.

So at the beginning of the week Leaders of the Opposition reserve a chunky portion of their party's quota of oral questions and the week begins with barbs and accusations thrown one way or the other.

On Thursdays Prime Ministers traditionally absent themselves and might be off in another part of the country.

But on Tuesday Jacinda Ardern was off sick. She had apparently got a touch of a cold and needed to walk the walk and stay away until sure she didn’t have Covid-19.

Of course questions can be asked of the Prime Minister whether she’s there or not. They are just answered by someone else speaking on her behalf - that’s what usually happens on a Thursday. 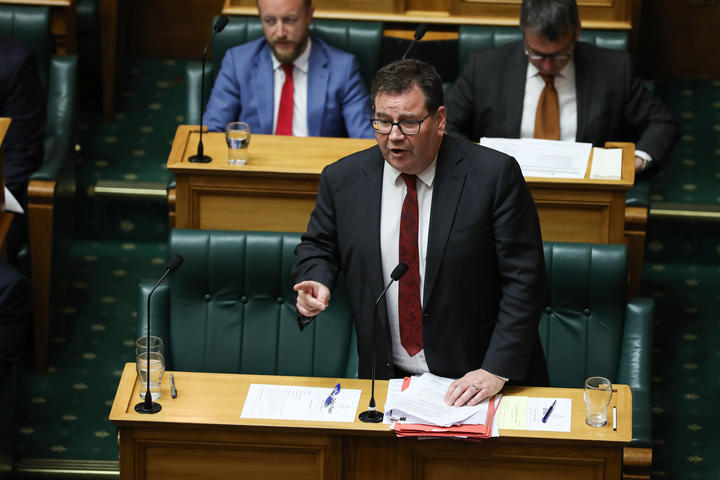 It goes further though, when the Prime Minister is away the Leader of the Opposition also absents themselves from the chamber. Thursday is also their traditional day for meetings and photo ops out of town.

So the gap on one side of the debating chamber is always matched by a gap on the other.

MPs move around a lot during the sitting day for a better seat or to fill gaps, but no-one sits in the leader's chairs. That would be inviting trouble.

And so on Tuesday there were, very unusually, no questions of the Prime Minister at the top of the list. It left a lot more supplementary questions for the rest of the front opposition bench to aim at the opposite numbers.

One party either didn’t mind (or hadn’t noticed), and all the way down at Question 10 ACT Leader David Seymour had some queries (which were answered by Deputy Prime Minister Grant Robertson).

MPs are not allowed to refer to the absence of another MP but Grant Robertson referred to David Seymour as the Leader of the Opposition, possibly noting that absence, but also as a reference to recent poll results. 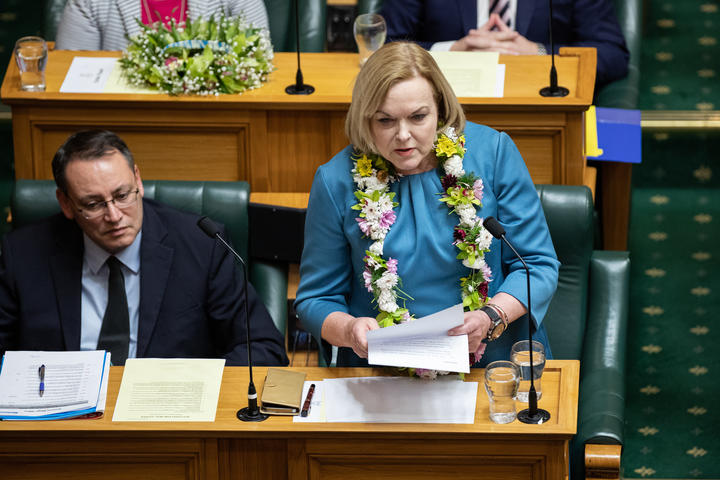 On Wednesday though, the Prime Minister was back, and so too (it's like magic) was the Leader of the Opposition.

The House was celebrating Cook Island Language Week and a number of MPs wore maile lei. Unusually many of them were crafted from fresh flowers - but the sweet smell in the air didn't stop the House from working out the pent up energy from Tuesday's delayed leader versus leader opening to the week.