And on the third day: the pre-life of a law

New Zealand's House of Representatives begins its debating week on Tuesdays, but MPs don’t usually get to debate fresh new bills until Thursdays, the fag-end of the debating week.

For example this week there is a notable new bill up for debate - the bill to ban conversion therapy on people under 18. As usual, it waits until Thursday.

That may seem odd, but there is a very good and simple reason. We’ll get to that in a moment.

The Leader of the House, Chris Hipkins, is responsible for managing all government business in the debating chamber. I asked him to outline the life of a bill up to that first reading in its typical Thursday spot. 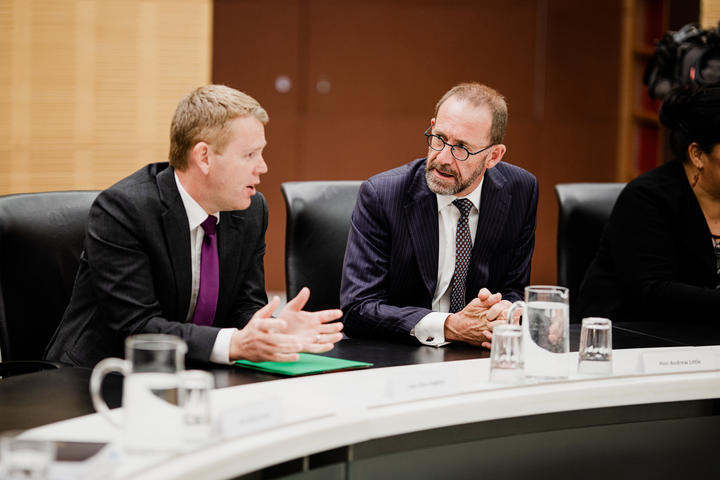 Bills live and die at the cabinet table. Here Chris Hipkins is in discussion with Andrew Little. Photo: Dom Thomas

The pre-life of a bill 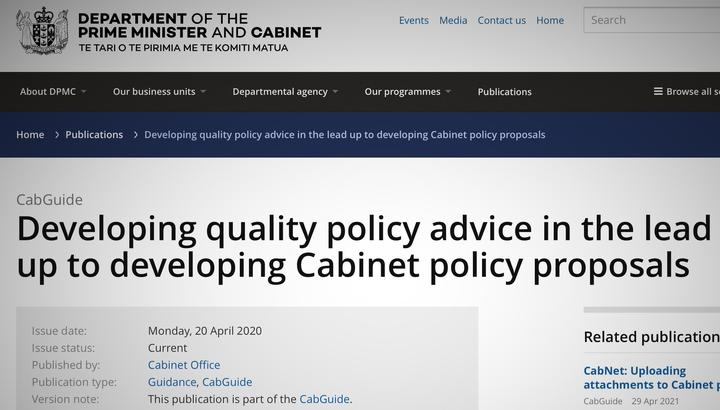 A page from the website of the Department of Prime Minister and Cabinet. Photo: DPMC / VNP

...and lots of talking, of course

Those are the formal steps but Chris Hipkins points out that at every step along the way there is also consultation with others.

“In the current government context it’s a Labour majority government so the most important thing that ministers want to do is make sure that the Labour caucus, the Labour MPs are going to endorse the bill and vote for it when it gets introduced into the House.

“So they will consult with their caucus colleagues when the policy is being developed, they’ll then consult before the bill is introduced. ...In the last government that was within three different parties that we’d have to be consulting on that.”

Who are Cabinet's checkers?

The Legislation Cabinet Committee is typically a brains trust of a cabinet’s legislative wonks. So the team is chaired by the Leader of the House. The Deputy Chair is the Deputy Leader of the House. Other members include the Attorney General, the Ministers of Justice and Finance, and other ministers with particular skills and experience. You can see the current members here. The Prime Minister is listed as a member but I suspect busyness might make that on-paper-only.

The committee also includes the Senior Government Whip, whose team will in practical terms shepherd it through the House. Note that this is the only Cabinet Sub Committee to include a non-executive MP and the whip (Kieran McAnulty) the only non-executive MP on it.

The Minister responsible for a particular bill brings it to the committee and has to present it, explain the tricky decisions that the process of drafting required. Now, that's a meeting you would want to prepare well for.

I breezed over the drafting process above and you might imagine it’s a simple thing. Think again.

Good law, like good code or good prose, is an art form. It’s worth reading some actual law to see just how complex it can be. And just how much can be necessary to achieve policy outcomes.

For example have a look through the many laws produced in response to Covid-19.  It’s something of a wonder that the drafters have managed to produce anything else in the last couple of years.