Louisa & Louise: How to member’s bill

Parliament passes hundreds of laws, but many of the best known aren’t government policy. They are member’s bills, the laws suggested by a humble back-bench MP from any party.

They are chosen for debate in a lottery, pulled from an old biscuit tin.

MPs can only have one bill in the lottery at a time. I’ve long wondered how an MP chooses that topic and turns it into a bill worthy of debate.

So I asked two MPs with a member’s bill currently being debated: Louise Upston (National), who knows just how tough it can be to shepherd a bill through the House, and Louisa Wall (Labour) whose boggling lottery luck means she has a lot of experience in choosing, writing and championing bills. 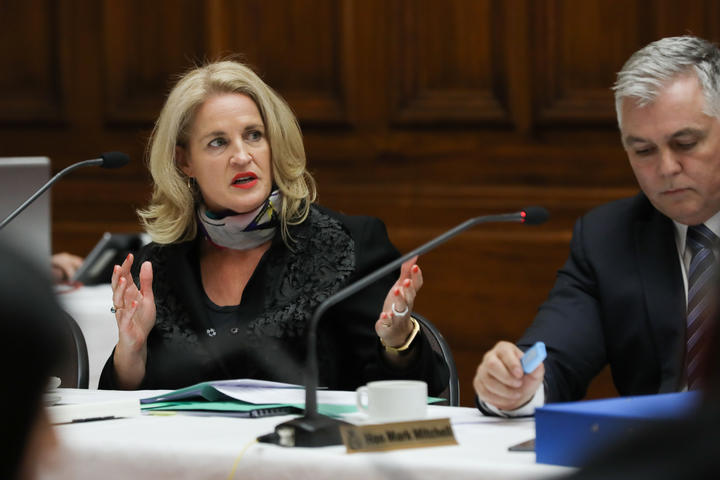 There seem to be a few ways MPs choose a member’s bill topic.

As a default, if they don’t bring an idea themselves, or haven’t got one ready yet, they will likely have one ‘gifted’ by their party.

This is especially true for MPs in opposition. Opposition parties tend to have a pool of bills sitting ready for MPs to place in the ballot.

Upston explains: “In some instances if you don’t have a member’s bill that’s ready to go into the ballot you could be allocated one of our generic ones… it’s your caucus position, your caucus policy and you need someone just to put it into the ballot... That’s where sometimes you’ll think ‘huh, that’s an interesting one’.”

It’s likely some of these bills inspire MPs to make an extra effort to think of their own.

These ‘generic’ bills might have various aims: some are written to promote a party policy position or to demonstrate a ‘government in waiting’.

“It’s a useful vehicle while you’re in opposition to still be able to demonstrate your ability to get things done,” says Louise Upston.

Getting more political, some are likely written to try to negatively spotlight a government position or suggest a government failing.

Of course, opposition MPs also have spokesperson roles for their party and their member’s bill might reflect that as well as serving a political purpose.

It’s an interesting exercise to run your eye over the current bills up for the ballot, and consider which might be generic party bills, and what might be their tactical purpose. 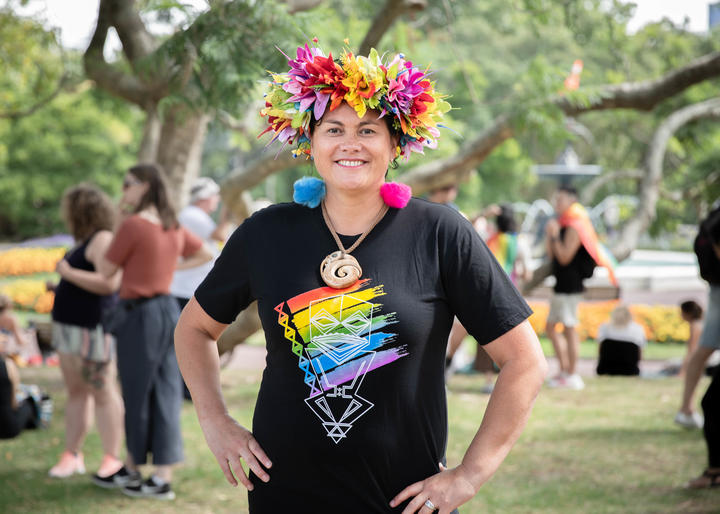 Most MPs don’t just belong to a political party but also join other MP groups: committees, caucuses, or  interest groups. These can be coalitions either inside or across parties.

So for example, MPs with a particular focus on mental health, women's, or LGBTQI issues.

Louisa Wall is best known for championing marriage equality. That bill (now a law) was a party-mandated policy championed by her as the leader of an issue caucus.

“I was chair of Labour’s Rainbow Caucus and we’d gone to the electorate with the commitment to relationship equality. I didn’t have anything else to work from other than the mandate so had to create my own bill, which my wife wrote. Not a lot of people know [that]. It’s quite handy in a politician having a lawyer for a wife.”

The member’s bill from Louise Upston that is currently being considered is one focused on sentencing and post-trial outcomes for victims where the accused is found ‘not guilty by reason of insanity’.

“It was an issue raised by a constituent [Graeme Moyle], that I started to look into…”.

Upston says it isn’t uncommon for someone to come into an MPs office and say “...this is a problem I’ve had, I know you can’t fix it for me [but] I don’t want anyone else going through the same thing.”

And sometimes the MPs says, ‘yes, maybe that is something I can fix’, and begins the long process of figuring out exactly how legislation to solve it would look. 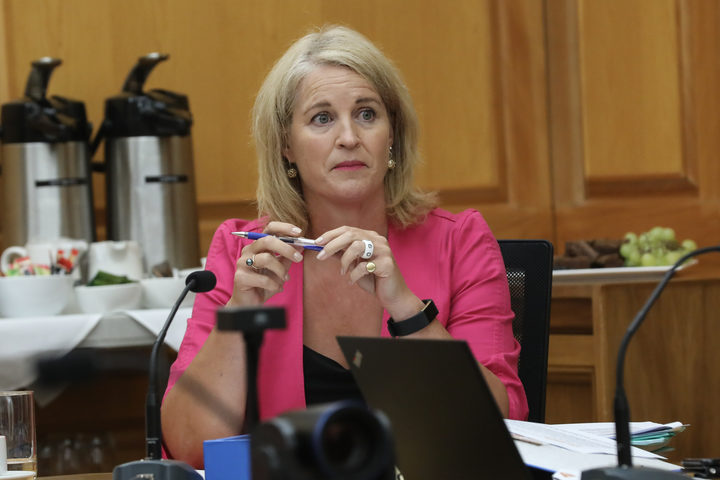 Crafting and drafting: The solitary marathon...

Crafting and drafting law is not easy.

Government ministers have a whole apparatus to help them develop policy and then turn it into effective legislation. They need it, they are responsible for a lot of very complex and specialist law.

Backbench MPs don’t have those same resources available, which can make the development of member’s bills a labour of love.

Opposition member’s bills often fail at the first reading, so it’s a lot of effort to spend on something that may never be law.

Upston’s bill was particularly long in the development, and then she became a minister delaying it further. (Ministers can’t submit bills into the ballot.)

“I worked on this issue for the first six years... I was in Parliament. First of all I had to get my own caucus across the line, and because it was a very complex issue, it was hard to do that…

“I did a huge amount of work behind the scenes before it got to a place where my caucus would agree to it. And then when my caucus agreed to it, then we start drafting the legislation.”

When you finally get the party backing for a concept you still need to actually write the bill.

I asked Upston about drafting her insane offenders bill.

“It was actually really hard. So I had some legal experts who had assisted me early on to give me some of the skeleton. And then I worked with the Parliamentary Counsel’s Office (PCO) who are able to provide drafting advice…

“By the time it made its way to Select Committee one of the [Labour Government] ministers involved was also very committed to the policy and so provided what is called a full remit for the health officials to work on the bill. Which then meant they could provide extra assistance than they would normally, on a member’s bill, and that was really helpful.”

Wall has also had drafting help from the PCO.

“I’ve got to say the quality of the work [the Parliamentary Counsel’s Office] produces is phenomenal. But what they require of us is a very succinct explanatory note: the rationale, what we’re wanting to achieve, why; for them to [be able to] identify the best mechanism.”

“The experiences I’ve had here, I couldn’t fault the quality of advice and support we have to draft bills. I think the biggest challenge,... sometimes it is getting it through the caucus.”

For many MPs they put in all that effort and the bill languishes permanently in the biscuit tin.

As an example of poor luck, Trevor Mallard is the longest-serving MP in Parliament and has never had a single member’s bill chosen.

After all the years of effort creating her bill, Upston popped it into the ballot with half an hour to spare before the draw. And it was chosen. 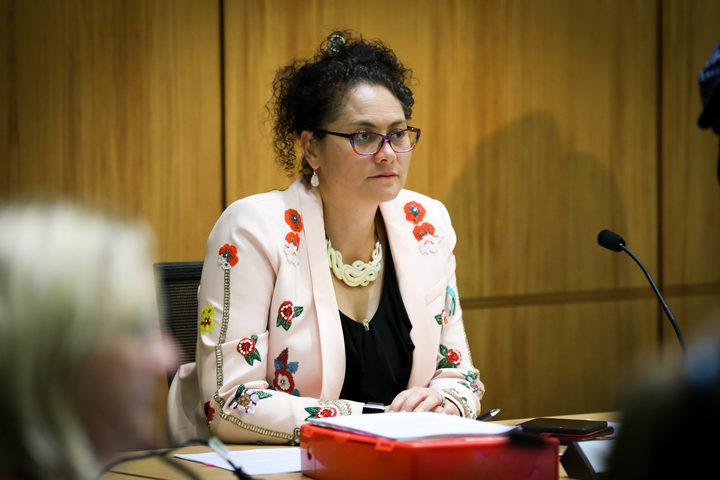 Crafting & drafting: ...or a sprint

Wall applauds that excellent burst of speed and luck, but relates a warp-speed tale of her own.

Recently, rather than spending years developing a bill, she chanced upon one that had fallen off the back of the parliamentary lorry.

That’s one of three of hers currently being considered by Parliament (likely an unprecedented feat). The safe areas bill is described by Louisa as "correcting an anomaly from the last Parliament".

When the abortion law was being debated last Parliament it ‘lost’ a section during the committee stage. This occurred when MPs in favour neglected to call loudly enough for a formal counted vote on an amendment when the voice vote didn't go their way. (This sort of thing can happen on conscience issues when the whips step back from their roles and multiple amendments get quite confusing.)

That section was designed to allow the Ministry of Health to mandate safe areas around hospitals and other health facilities to prevent patients seeking abortions from being harassed by protests.

“What happened was my Harmful Digital Communications ...Bill was pulled out of the ballot on the Thursday. I then thought ‘I need a bill’, had the idea to put the safe areas bill in. I went to the Minister of Justice, Andrew Little. His office helped me draft the bill in a day, took it through our caucus process, it got approved, put it in the ballot on the Wednesday and it got pulled on the [next] Thursday.”

“I do think you need the mandate from your caucus, … you still have to go back to your caucus to have the actual proposition signed off. Once it is though it’s your bill, you’re in charge, it takes on a life of its own.” - Louisa Wall

Once a bill is chosen from the ballot it joins the Order Paper for the next Member’s Day (alternate Wednesdays).

The member whose bill it is becomes the ‘member in charge’, just as a minister is for any government bill. That means they decide which Select Committee should review it (if it passes a first reading). They defend it in the committee stage against all-comers and give the lead-off and rebuttal speeches in various readings.

They also have to develop support and ensure votes for it, negotiating with other parties, selling it to media and fronting it in public.

If it becomes contentious they may have to run a whole campaign for it. No small job.

Being in charge also means they can withdraw it or put it on hold if necessary. Wall did this for her liquor relicensing bill last Parliament when it became clear that New Zealand First wouldn’t support it further.

It’s now back on the Order Paper and up for debate this week. “I waited until I had the support,” she notes, as if this level of tactical patience is normal.

It doesn’t always go the way the champion desires though. Parliament gets the final call. Sometimes the MPs kill a bill dead and occasionally they send one back down the debate stages for more work.

Upston’s bill had a recent hiccup after an intervention from the Chief Justice. Against her wishes Parliament voted  (in a government-backed motion) to send it back to select committee for further submissions. The objective presumably is to find a better solution to the sentencing conundrum raised by the Chief Justice.

She did say it was a complex issue.

Not only MPs can suggest law changes

Upston is still confident about the bill's ultimate success though, and also has a more general plea for the public.

“I would really encourage people to take issues to their Members of Parliament, where they do see a problem that could be or should be fixed… if that first MP wont take it, take it to another one, because you do have the opportunity to change laws in New Zealand through your member of Parliament.”