One person’s vigil is another’s intimidation

The new Bill would allow the Ministry of Health and Minister of Justice (together) to impose a ‘safe zone’ of 150 metres from the boundaries of an abortion service provider. Not automatically, but where it was deemed necessary.

The purpose is to prevent anti-abortion protests from intimidating, interfering with, or obstructing patients. That includes recording or communicating with them. 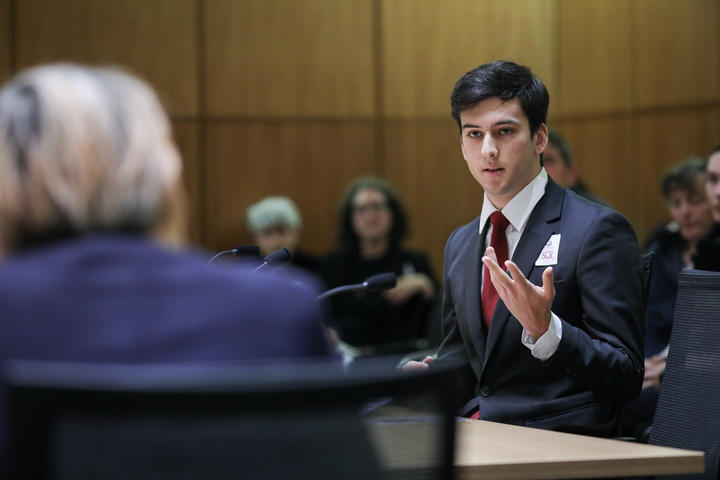 James Hazeldine argued that restrictions would be a violation of the right to freedom of expression and protest Photo: ©VNP / Phil Smith

Some submitters see that plan as balancing the right to unimpeded healthcare with the right to free speak; others see it as infringing variously on their religious, speech or assembly rights; and yet others think it doesn’t go far enough to protect vulnerable people.

‘A vigil, not a protest’

Included among the submitters are a number of those protestors, though they don’t usually describe themselves that way.

Stephanie Dodd, for example, says her prayer vigils outside hospital are a silent witness; she thinks them peaceful, kind and helpful.

Oliver Sanderson said his attendance at pro-life vigils in Christchurch are an opportunity to teach the public about the facts of his Catholic faith. Indeed, he took the opportunity in committee as well, quoting from his church’s catechism on the sanctity of life. 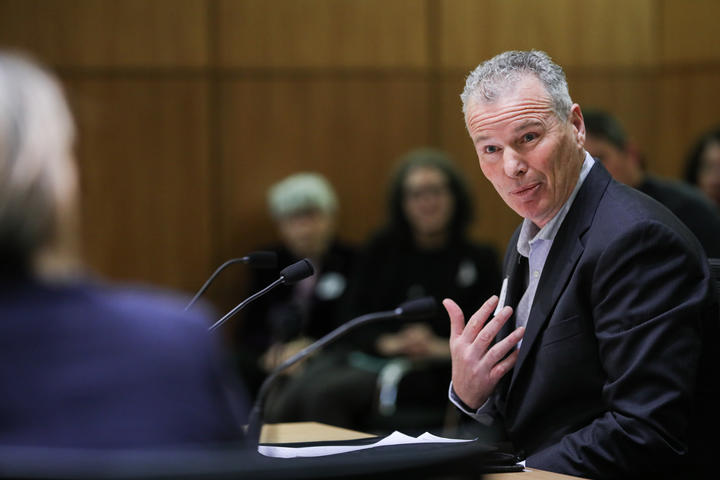 Green MP Jan Logie challenged Fintan Devine about how confident he could be that protests he asserted were peaceful had no impact on those trying to access a healthcare service. She pointed out that he had a history of breaching the law in protest. (He was a member of 1980s protest group Operation Rescue - known for combative direct actions such as blockading clinics.)

He said that people's responses to their presence was "a subjective feeling for each person"; but that "we have to be very careful we don't undermine the democratic rights, the fundamental rights we have as citizens" to be able to speak.

From the receiving end

It wasn’t only personal experience from that side of the divide being presented though. Submitters also brought witness from the receiving end. 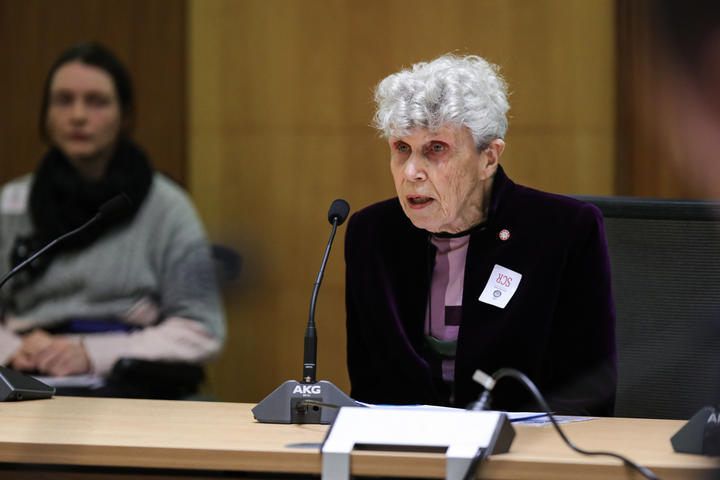 Dame Margaret Sparrow talked of her experience as a clinic doctor, regularly harassed by anti-abortion protestors and at one point needing to take stress leave to recover.

Another submitter recalled her experience as a patient, trying to arrive incognito through protestors she expected would recognise her (as they regularly included members of her wider family). She had arrived by bicycle and was chased down the clinic driveway.

Not all submitters in favour of a change thought the current bill is sufficient. Ellen Blake for example argued that New Zealand should follow the South Australian model, where all abortion services were automatically deemed safe areas - not needing to await a crisis to become so. 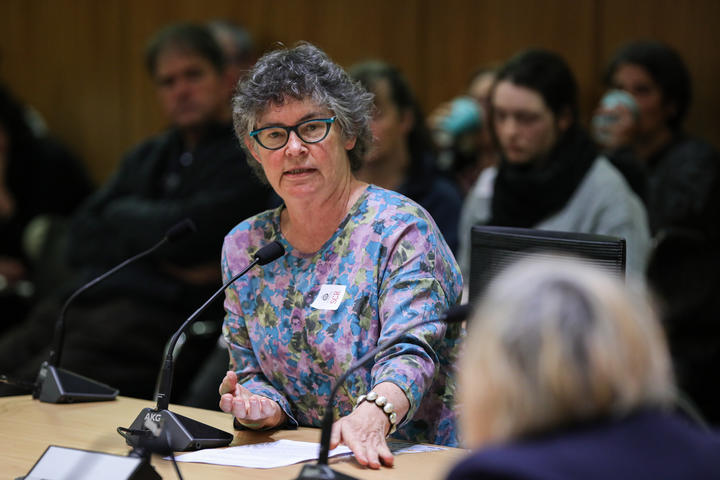 But for a whip the shout was lost…

These submissions are all part of the Health Committee consideration of a member’s bill (from Louisa Wall) that would add a section back into the abortion law adopted last year. The safe-zone section was omitted during the confusing hurly-burly committee stage of the abortion reform conscience bill last year.

The omission demonstrated yet another reason why the party whips are so important.  During conscience issues (where every MP is free to vote as they feel) the whips tend to step back from their usual house management roles - and confusion is quite likely to ensue. Especially during a committee stage on a contentious bill where dozens of votes can happen quite quickly over numerous proposed amendments.

In this case no MP had contested the voice vote decision loudly enough to make Anne Tolley (the presiding officer) call for a formal vote. They contested that decision but as MPs quickly learn, a speaker’s ruling is usually a done deal.

That mistake is the sort of thing the party whips don’t allow.