The dark arts of question time

There is something of a dark art to asking great Question Time questions.

Dark as in mysterious and little understood, not as in wicked - the ghost of Severus Snape can put down his eldritch wand.

There are many skills and tactics involved in asking good opposition questions. A few examples were on display this week. 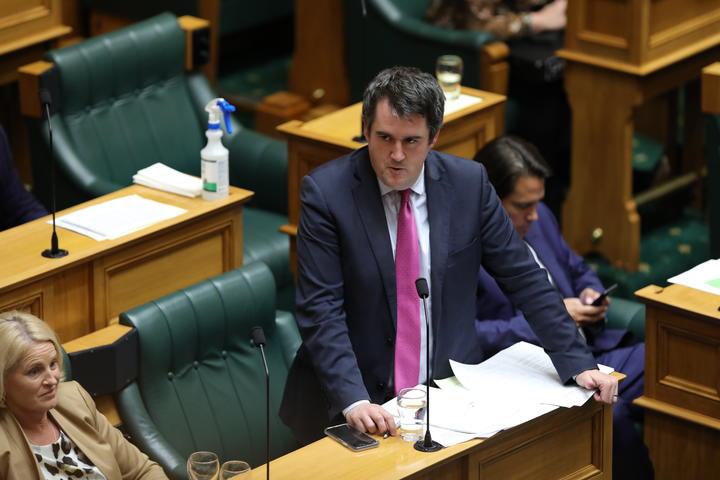 A sufficiency of questions

Among the hardest points to alter is your quota of questions. The ACT Party have what must feel like a bounty of questions (compared to the previous parliament), enough that they even neglected to ask their primary question on Thursday.

The National Party have more oral questions than ACT but many fewer than they had last parliament - as they also have many fewer MPs.

Last week they found two different ways around that problem. The first was through invocation.

Chris Bishop had complained that the opposition hadn’t had a fair crack at the Ministry of Health officials in Select Committee and wondered whether a return to an Epidemic Response Committee might be an idea.

That was unlikely to be agreed to - the primary reason the ERC had existed (no parliament sitting in a time of crisis) is no longer there.

But the complaint did prompt a response during Question Time on Thursday, when the Speaker allowed National’s Covid-19 spokesperson to double his supplementary questions on the issue. 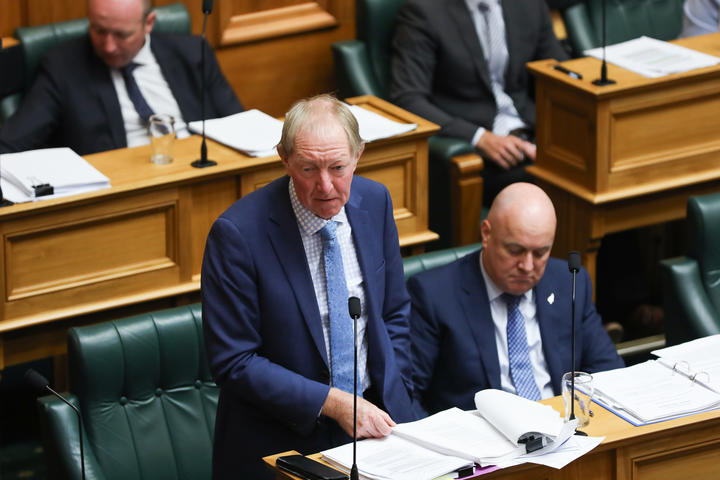 The second way of getting extra questions is taking advantage of the rules and asking that rare thing - the opposition patsy - as Chris Penk did to Nick Smith.

Question Time typically involves questions to ministers, but MPs are also allowed to ask questions of non-ministers who are in charge of some business before the House - like, say a member’s bill.

So Chris Penk asked Nick Smith about reports he had seen on his members bill - a bill that seeks to repeal the waka-jumping legislation.

Perchance Nick Smith had seen reports in support of his idea - particularly that it would be more in line with the Bill of Rights. One was from VUW academic Claudia Geiringer and another from the Shadow Attorney General.

The Shadow Attorney General is Nick Smith’s National party colleague Chris Penk - who was asking the question. Shadow is another way of saying opposition - the shadow cabinet are the senior National Party MPs.

He tried to go on to recount other reports - but the Speaker tumbled to the fact that the reports weren't actually 'reports', but instead submissions on the bill. Something that didn't really pass muster. 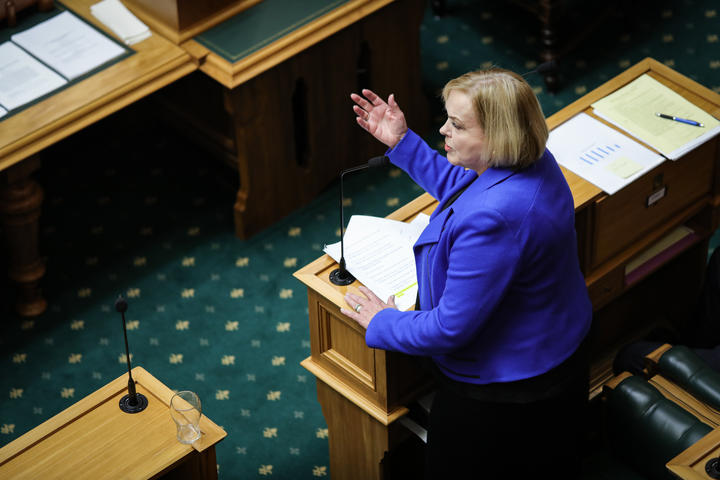 Writing questions for fun and profit

Another dark art is building the ideal question - preferably something impossible to answer except by looking bad.

How about this one from the Leader of the Opposition, Judith Collins on Wednesday?

For context it follows on from questions about the recently announced $3.8 billion housing infrastructure funding plan - where money will go to councils to build infrastructure necessary to enable housing developments.

“So, how many new houses, if any, will the policy she's announced enable to be built over the next 12 months?” - Judith Collins.

Now that’s a pretty clever question - it’s a tactic that Nicola Willis used recently, and her leader has apparently picked up on it.

It’s clever partly because it sounds very reasonable, requesting a target to help ensure accountability. Who could bemoan a target?

And yet the one year timeline set down in the question makes a straight answer all but impossible. And evasion looks bad.

The trick is that a direct answer would probably be... ‘zero houses will be completed in a year’.

After-all, how long does it take from the announcement of an infrastructure fund policy announcement through to an actual house being completed? Through competing council bids, council infrastructure planning & design, consents, the necessary infrastructure actually being built, the follow-up developer planning and consents, and then the actual build?  Surely well more than a year. Maybe two if you're lucky.

But actually saying 'zero' would lead to whoops of derision from the opposition. So would explaining why it would be zero - that can look like sophistry and excuses.

So it’s a clever question. Here’s the answer given given by the Prime Minister. 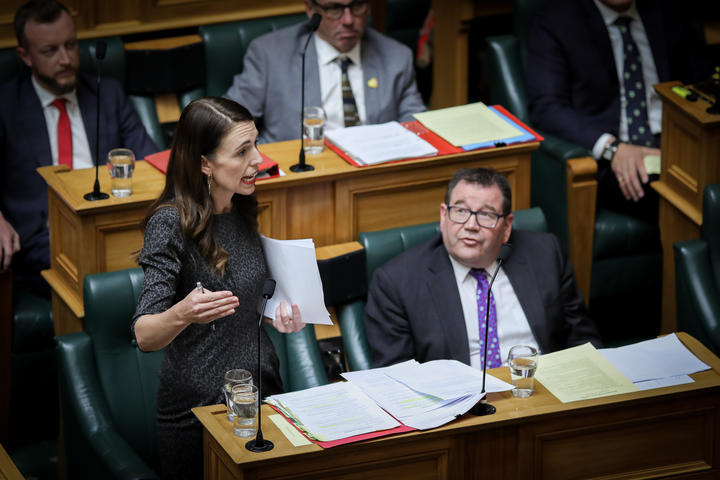 "I fear what the member opposite has put up is akin to their first attempt in the Housing Infrastructure Fund, where they put up loans when councils already had hit their debt ceilings. Once again, the proposal the member has put—if, for instance, you saw Auckland's threshold reached of 13,000 houses, it would only allow for $82 million worth of investment in Auckland. So what I would say to the member is we agree infrastructure's a problem. I do not believe what you've put forward is the answer.” - Jacinda Ardern.

The two edges of responsibility

Not every question is ideal though. There are a lot of rules about questions. 150 years worth of accumulated speakers’ rulings.

Asking questions that fit within the rules doesn’t always allow the query you were hoping for. David Seymour discovered this on Wednesday.

The topic was the He Puapua report that the government received late last year from an advisory group set up by Te Puni Kokiri.

The report lists ideas of those outside experts on what sorts of things could occur for New Zealand to realise the expectations arising from agreement to the UN Declaration on the Rights of Indigenous Peoples. 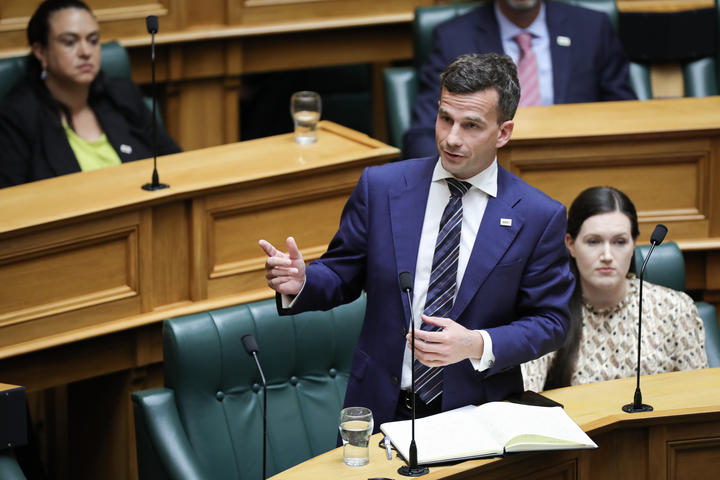 David Seymour claimed the report had been released in a “highly redacted form”, though you can read all of the report linked to above. Possibly his office printer had choked on the dark blue shading used in some of the tables.

Anyway, amidst the question line Nanaiah Mahuta had asked a patsy to confirm that in fact the previous National-led government had signed up to The Declaration that led to this report.

“I can confirm that, and with great fanfare, and that then falls upon future Governments to ensure, following that, that in real terms we act upon our obligations as signatories.” - Jacinda Ardern

Aha, thought David Seymour, I have the perfect follow-up to that.

“Why, then, does the Prime Minister suppose the previous Government led by Helen Clark refused to sign the UN declaration?” - David Seymour.

The Speaker noted that the question was not allowed, because the Prime Minister does not have responsibility for the actions of Helen Clark.

“Point of order, Mr Speaker. Surely, if the previous question was in order in relation to a previous Government, then a question relating to the one previous to that is in order.” - David Seymour

But a previous government not signing a treaty doesn’t really incur any responsibility going forward.