Roadworks on the way to Wellington airport, racism in Kāpiti playgrounds, Waitematā water quality, and churches in Levin have been highlighted by MPs in a special debate at Parliament. 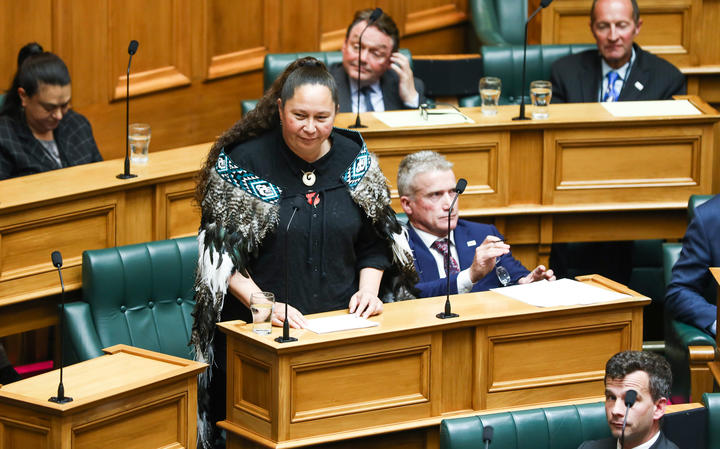 A change to the rules for this Parliament means special debates on petitions, inquiries or local issues are now allowed to give MPs time in the House to flex their speaking skills on issues that wouldn’t normally come up.

The Leader of the House is Chris Hipkins and it's his job to sort out the order in which MPs will work on business in the House. He said MPs don’t get many chances to talk about their home electorates in Parliament.

"It's a new debate. Parliament has not always given members the opportunity to speak about matters that are really important to their local communities in the past and so we wanted to do something about that.

"The Speaker will be presiding over the local issues debate and he will be making sure that they are genuinely local issues. This isn't just a general debate where people can make all their political points of the day, this is about the opportunity for them to raise local issues in the House."

And keep it local they did.

Local issues for ACT List MP Nicole McKee are based in the Rongotai electorate in Wellington. McKee said work by the New Zealand Transport Agency (NZTA) on a main arterial route towards the airport is causing congestion issues.

"Having been living in the Rongotai district for some period of time now, and having four children belonging to the Wellington rugby club, it's actually quite imperative that they do do something about Ruahine Street, because trying to get out of those rugby grounds on a Saturday afternoon is a bit of trouble," she said.

"The route to Parliament, via the airport, when it's finished, will look great, but I expect there'll be quite a few MPs that will be missing flights because they're going to struggle to get there. So my question is why do we have two main arterial routes being operated on at the same time? Is it because NZTA and Wellington City Council don't know how to confer with each other, or is it because we don't have that many tourists coming through to use our airports?"

Co-leader of Te Paati Māori, Debbie Ngarewa-Packer, said children in Te Tai Hauāuru are on the receiving end of racism and MPs need to consider how they're going to address the issue.

"We had recently a horrible example in Kāpiti Coast District Council, where one of our kura from Ōtaki, Te Kura Kaupapa Māori o Te Rito, experienced some of the most horrific racism that children should never ever have to have," she said.

"They were there enjoying and sharing their culture, their haka, and actually got put down by some of those who are well-known in the lobbying group for National Front white supremacists, saying, "Why do we have to listen to this monkey language?"

Ngarewa-Packer said she has spoken to the school and is talking to the kaiako and the rangatahi about coming to Parliament "to actually see what it is that we are doing in the House to actually stop racism, and how we work together".

Auckland Central MP Chloe Swarbrick spoke about her electorate's recent hosting of the America's Cup and while she praised the success of Team New Zealand Swarbrick also drew attention to the health of the waters.

"We saw how beautiful it is across the Hauraki. But what we did not see on that televised, beautiful, and obviously incredibly successful race, was what happens below the waves, where we are seeing ecological collapse.

"We've had the Hauraki Gulf Marine Park Act for over 20 years in this country, and in the time that we have had the Hauraki Gulf Marine Park Act in place, we have seen only 0.3 percent of the Hauraki Gulf be protected. International experts—and domestic experts and researchers as well—alongside those engaged in mātauranga Māori tell us that we need to protect at least 30 percent of that national taonga if we want to be climate resilient, but if we also want to make sure that that biodiversity is not lost forever."

In May 2020 $600 million from the Provincial Growth Fund was earmarked for the renovation of marae, town halls and other community facilities, war memorials and Pasifika churches.

The Free Tongan Church in Levin received some of this funding and the Labour MP for Ōtaki, Terisa Ngobi, said it’s about more than just fixing a building.

Fourteen MPs gave speeches in this debate which can be watched online here, or read a transcript here.

There's no requirement for anything to be changed or done as a result of these speeches but that is part of what an MP's job is.

MPs are elected to the House of Representatives to do what the name suggests, represent the people from their home towns, cities, and electorates. While passing legislation and announcing policies receive the most attention, these debates are a chance for MPs to put their values and priorities on record for other MPs and the public to hold them to.