The Government Whips’ Office is in a prime position at Parliament, just across the Grand Hall from the Debating Chamber and a short bridge run away from the very good (and necessary) coffee at Copperfields.

The coffee is surely required because the Labour whips manage a caucus much bigger than anyone seems to have imagined was likely.

Barbara Edmonds is the fourth of four whips. The rules only allow for three; four is new. “I’m the baby, baby, baby whip,” she laughs. 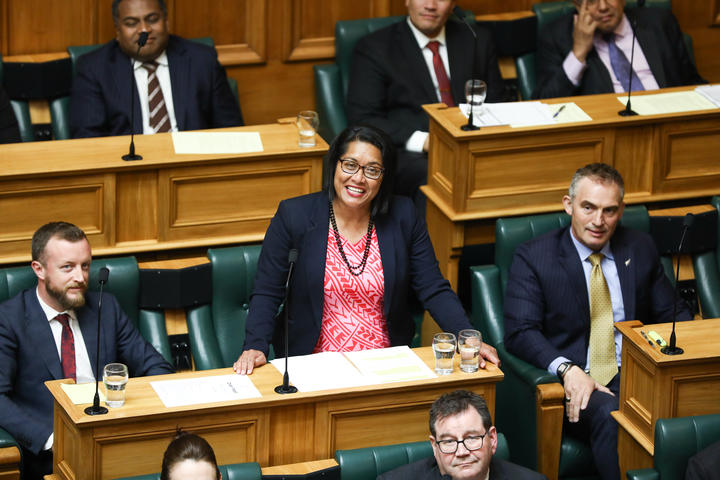 Four is also more whips than a party gets extra cash for. “So, we’re sorting that out ourselves,” Kieran McAnulty says.

Barbara Edmonds explains the Higher Remuneration Authority rules: “The principle around it is you have a whip for every 15 members [or MPs], so they just never, I think, dreamed that there’d be a Parliament where’d there’d be more than 45 members in one caucus.”

I ask for a breakdown of the various roles they share. Kieran McAnulty begins with voting - the bit everyone thinks of first.

“There is the parliamentary procedural side… So you’re right, we do vote on behalf of our party…”

“We need to make sure that things run smoothly and we can get our legislative programme across the line.”

This is harder than it looks and requires the whips to be au fait with Standing Orders - Parliament’s rules. I ask McAnulty how familiar he is after three years.

“Ah, you know the guts of it, but I wouldn’t want to do a flash card test on what number means what… The thing you need to learn is, the, ‘the vibe of it’ to use a famous quote from The Castle, and to know where to look. So you know that you can’t do something. But if you need to refer to a specific Speaker’s Ruling you know how to get there quickly.”

Standing Orders and Speakers' Rulings keep MPs on their toes by changing the numbering of rules to squeeze changes in each Parliament. 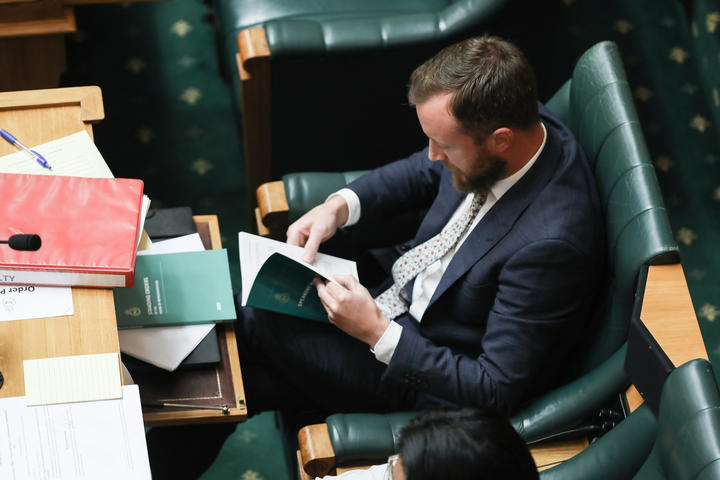 Another part of the equation is helping ensure there are “no dramas at a personal level for our caucus members”. This has several aspects:

“We’re dealing with a group of 65 people. It doesn’t matter what that group is ... you’re gonna have things going on in each person’s life that they’re going to need support with.…

“A primary focus of this team is that we want to provide support to our members so that they can do the best for their community. And also so they can be a valued member of their family. And they can’t do that if they’re under stress and under pressure.”

“We have pastoral care. So if anyone needs any particular support we’ve got a whip dedicated to that,” McAnulty says. (Each whip has a specific responsibility.)

“This comment is no reflection on our current caucus but, traditionally, Parliament has been a very difficult place for relationships. And I’m conscious of that, and not just relationships with a partner but children and also family as well. We’ve got a relatively young caucus so there’s a lot of parents, there’s still some grandparents around.

“People get sick. People die. There’s a real life going on out there and people are living it, and we’ve got to do our bit to make sure people are supported here. It’s a bloody tough job, this. It’s really demanding.”

McAnulty runs through the reality of being an electorate MP from a regional centre like Southland or Northland who fly to Wellington on Monday to be in time for Tuesday meetings. They finally get back home on Friday.

“So they haven’t seen their family all week. Then they’re out in the electorate for the weekend, they’re expected to go to events. So that’s bugger-all time with family. That causes strains. We need to be conscious of that and do what we can and actually assist them to continue to nurture the relationships that are important to them.”

But the support extends further than stopping MPs from falling over (or apart). Edmonds says “the role of both the whip and the whips’ office is to provide that wrap-around support”. She says that especially for new MPs (and there are many of them) the job is very different and not always easy.

Kieran McAnulty says this term the Office is working harder to upskill MPs.

“It’s an unusual and unique environment, Parliament. And so MPs can be here for three [years], six, longer, but come out and then struggle to get work. They can also be here and not have the opportunity to develop their skills so that they are better MPs. So one of the things that we’ve brought in is a professional development programme. We’ve hired someone in the whips office to have a sole focus on that.” 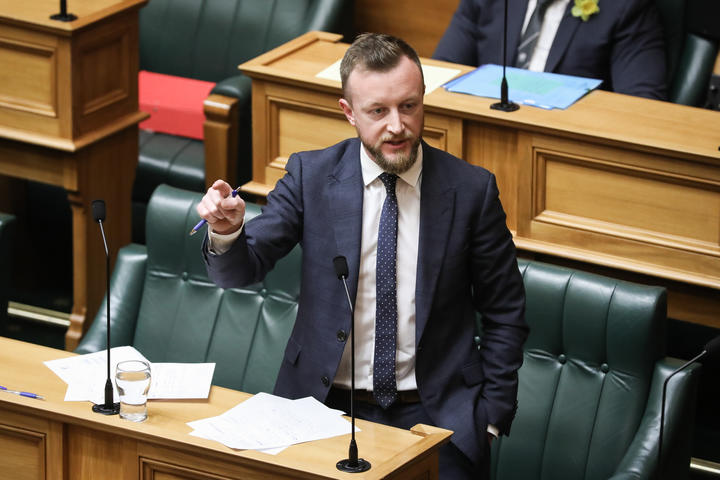 “We also deal with caucus, so we’ve got finances, we’ve got budgets we need to deal with. A number of internal things that we need to make sure that keep running so that our team in Parliament is running relatively smoothly,” McAnulty says.

It’s worth noting that at a Labour Party caucus meeting the person running the show with the party leader is the chief whip. They are the executive officer, especially in a party in government where other senior leadership are likely swamped with ministerial roles.

That includes managing leave. Whips manage the competing applications for leave from MPs. The rules allow 25 percent of a caucus to be absent from the parliamentary precinct at any point without it affecting the party vote. That leave might include anything from a photo opp to a family funeral. Both political and personal demands are all leave.

“There’s a fine balance there between making sure that ministers have the space to be able to do their role but local MPs are in the electorate when they need to be to do what they need to do there.”

The whips are the boss. They are in charge of discipline. I ask McAnulty about making sure MPs are where they are meant to be.

“They know how serious it would be if they weren’t here and there was a vote, and we would have to go back and drop their vote. The focus would be on them and they’d have some explaining to do and that’s a very public process.”

As Kieran McAnulty ran through this scenario he held my eye with a hard stare and I could imagine just how tough it would be to face up to him and explain poor behaviour. Senior ministers might well quake under his gaze and freshmen MPs would be terrified.

Another overlooked role of the office is inter party negotiation.

Last Parliament’s slightly triangulated coalition forced a lot of time to be spent on negotiations between parties. Some of this would have been done at a ministerial level but it is also a whip matter because the whips are responsible for ensuring the votes exist to get things done in the House.

This Parliament Labour has a clear majority and deals are no longer required, but negotiation still happens - including across the aisle.

“We’d be foolish not to continue conversations with other parties ... I’ve got a good relationship with the National whips and we often are in communication around, look, you know: ‘You would like this to finish at this point because one of your senior MPs would like to speak on this bill. That’s good-as-gold, we’ll do you a deal. But we would rather that you didn’t kick up a stink over this at this particular time’. And you can’t do that if you don’t have a good relationship with the other side.”

Those deals aren’t always just for one’s own benefit, but for pragmatism and the better functioning of Parliament. Whips participate in the negotiations at the cross-party Business Committee that agrees aspects of what will happen in the House.

As an example, during the recent alert level rises Parliament ran in a limited fashion and only debated Covid-19 related bills with unanimous support. Kieran recalls discussions over how debates would run for these sessions.

“We just all sat down and said, ‘right, Greens, Māori Party and ACT we’ll make sure you guys get your speeches, but National and Labour don’t need to do five speeches each … On this, we all agree ... Let’s just cut a deal, cut the speeches each, get this out of the way and done.’ We needed to pass them. [But] why keep people away from home when you don’t have to.”