Parliament is inviting people to submit their view by 5pm February 11 on whether local councils should be bound by poll results when deciding to establish Maori wards or constituencies. 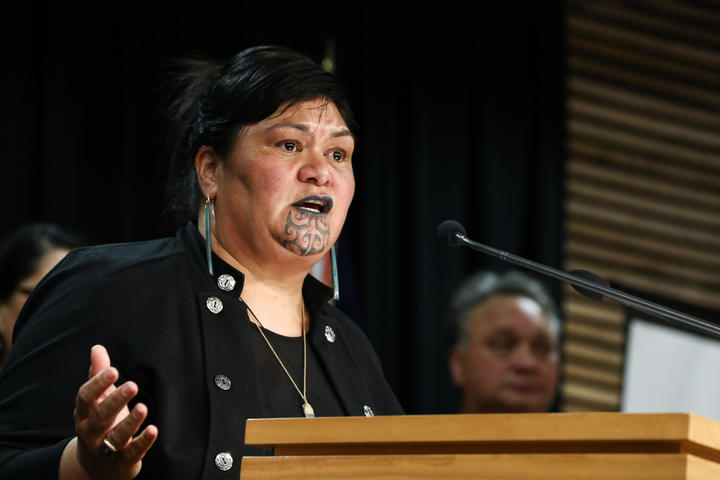 Minister for Local Government Nanaia Mahuta is in charge of a bill which will change the establishment of Māori wards. Photo: ©VNP / Phil Smith

The Local Electoral (Māori Wards and Māori Constituencies) Amendment Bill passed its first reading in the House on Tuesday after which it was referred to the Māori Affairs Select Committee.

At the moment, councils wanting to set up a Māori ward have to hold a poll on the issue if 5 percent of the electors request it - the results of that poll are binding for at least two elections.

"I note this particular comment in his letter: "As noted, these poll provisions apply only to the establishment of Māori wards and constituencies. That they do not apply to other wards and constituencies marks the provision as discriminatory to Māori and inconsistent with the principle of equal treatment enshrined in the Treaty of Waitangi. Either the poll provisions should apply to all wards or they should apply to none. The discriminatory nature of these polls is not acceptable" she said.

Submissions must be in by 5pm Thursday 11 February - just two days after the bill passed its first reading.

"So, as this matter will go to the Māori Affairs Committee, we anticipate that there is already a broad knowledge amongst our society about how inhibitive that poll has been to introduce Māori wards into many districts," Mahuta said.

Legislation was introduced in 2002 by the then-Labour government to allow councils to set up Māori wards but included the provision that allowed five percent of voters to petition for a public referendum which could veto a council's decision.

It does not apply to general wards and constituencies.

Since then, 24 councils have tried to introduce the Māori wards - with only three successful.

Mahuta said this bill needs to be passed quickly to have an effect on the next local government elections which will take place in 2022.

She said nine councils which are due to hold a poll will not have to if this legislation passes.

"By enacting this particular measure within the time frame that I'm promoting, it will then remove the onerous costs on councils to have to hold a poll, and the decision at council will stand," she said.

"Now, we all elect our local representatives based on our judgement of their ability to think of the common good as councillors sitting around the table. None of that will change—none of that will change. In fact, those councils who are working really well have dynamic and important conversations for the greater interests of their communities and their region. Having Māori wards and constituencies will not change that particular outcome; in fact, I believe it will enhance it."

"This is a decision for local people and local communities about their local government, not for central government," he said.

"We oppose it because it's about local government and Māori owning and building and deepening their own relationship with each other. Frankly, it's a shameful and undemocratic process with no consultation, if we're really honest with ourselves."

A bill would normally sit with a select committee for about six months during with the committee (consisting of MPs from various parties) would listen to submitters and then write a report on whether the bill needed any changes.

The Māori Affairs Select Committee will have to report back on the Bill by February 15 - just five days after the bill passed its first reading.

Luxon tried to extend that time to May 15 and said the Bill was being rushed through.

"It is being jammed and it's being rammed through with a truncated select committee process. It's not going to see any meaningful process. We can debate five days or two days, but it's just not going to happen that we're going to have proper engagement with local government stakeholders or with the public," he said.

A majority of MPs voted for the February 15 report back time and submissions on the Bill can be made through Parliament's website until 5pm February 11.