The House of Representatives continues to question the Government on its Covid-19 response through three different parliamentary features including question time, ministerial statements, and the general debate. 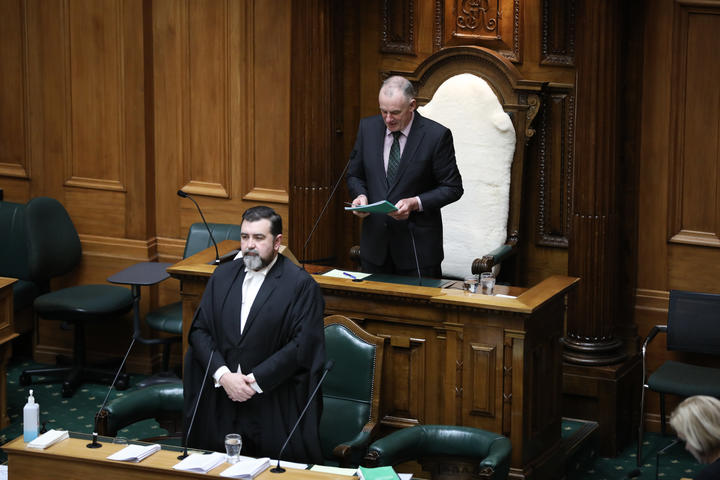 Three extra weeks have been added to Parliament’s sitting calendar following the change in Covid-19 alert levels throughout the country after an outbreak in Auckland earlier this month.

The House is sitting for shorter hours and fewer days than normal and also isn’t considering legislation under the current alert level 2 but it is still holding question time, the general debate, and hearing ministerial statements.

Question time consists of up to 12 oral questions to Ministers and normally lasts about an hour.

The two question times that took place this week have been dominated by Covid-19 queries with the Opposition using their allocation to grill the Government on their performance. 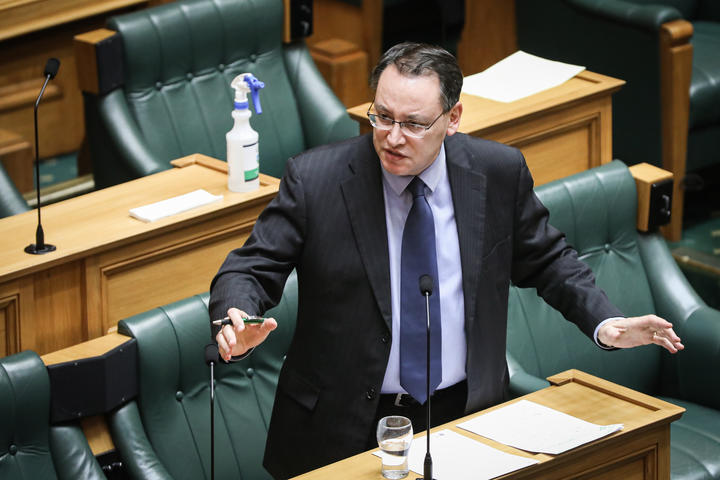 RETI: When he said he hadn't read the Ministry of Health's COVID-19 Testing Strategy for staff at the border, why had he not read it?

The full exchange can be read here

As another example, the Leader of the Opposition Judith Collins asked the Prime Minister Jacinda Ardern if the formation of a team to support Covid-19 testing strategies means she lacks confidence in her Ministers. 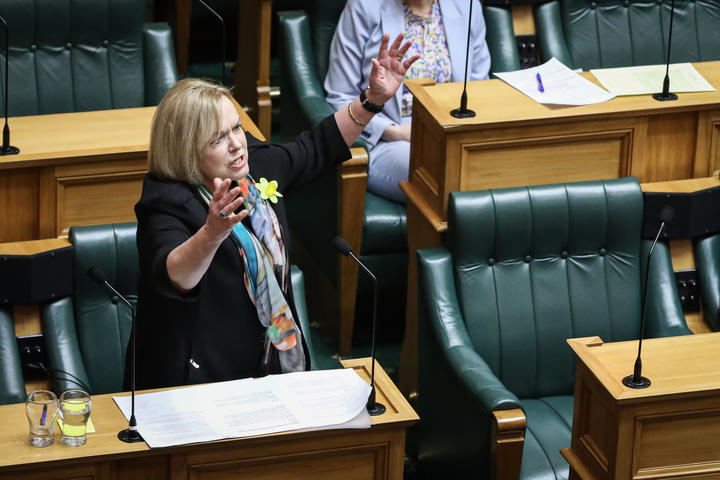 COLLINS: Does convening the small group reveal that she doesn't have confidence in the Ministers she's tasked with responding to COVID-19?

MPs from parties in Government often ask questions which allow a Minister to talk positively about their work.

For example Labour MP Kieran McAnulty asked the Associate Minister of Health Jenny Salesa "how is the Government supporting Pacific communities at the forefront of the fight against COVID-19?"

Fellow Minister Kris Faafoi answered on her behalf and said Pacific ommunities have been disproportionately affected by the recent Covid-19 cases.

"The response to this current outbreak has been designed and delivered in partnership with Pacific experts, providers, and communities," he said.

"As part of this commitment, Cabinet agreed on Monday to an additional $19.5 million to help boost our COVID-19 health response to our Pacific communities. This funding will ensure we continue to have the front-line capacity for the cultural and language skills and the relationships required to provide the testing and case management needed to handle this most recent outbreak."

The full exchange can be read here 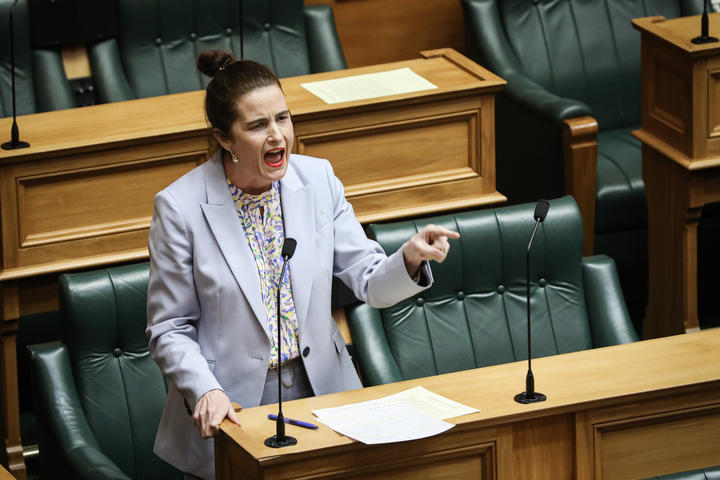 As the name suggests, it's an opportunity for MPs to talk about topics that wouldn't normally come up in the House and many stayed on the topic of Covid-19 like National MP Nicola Willis who said her speech was for parents and families in Auckland homeschooling their children.

"They have gone into lockdown because it is the right thing to do because they want to keep COVID out of our community," she said. 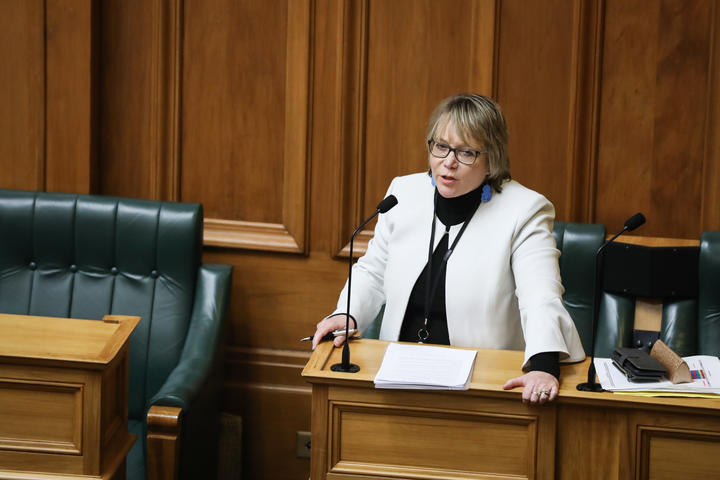 Minister for Children and New Zealand First MP Tracey Martin said while Covid-19 has been at the forefront of everyone's thoughts but it doesn't mean other challenges have disappeared.

"There are over one million children here in New Zealand, 280,000 of them are of Māori descent. There are 5,900 children in this country who need intensive intervention to allow them to remain safely at home with their families," she said.

"There are 5,900 children who are under the care of Oranga Tamariki. Ninety percent of those children have experienced family violence."

Martin said whoever forms the next Government needs to make sure the "joint venture to address family violence and sexual violence continues and is strengthened".

At the beginning of the House's session on Tuesday the Minister of Health Chris Hipkins gave a Ministerial Statement. 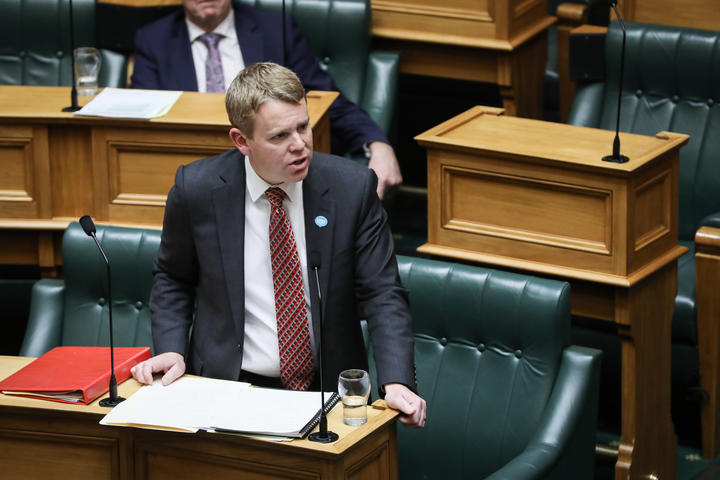 These statements are used by Ministers to inform the House on a matter of public importance.

On Monday the Government announced an extension of alert level 3 for Auckland and alert level 2 for the rest of the country for four more days.

"We'll continue to see new cases reported from this cluster for a while yet. There are still three cases under investigations that have not yet been epidemiologically linked to the cluster, although one of them has so far been genomically linked," Hipkins told the House.

"So, when Cabinet meet yesterday, we again took the precautionary approach and we decided to keep Auckland at alert level 3 until 11.59 p.m. on Sunday, 30 August."

There's a chance for other parties to respond to these statements and speaking on behalf of the National Party was its health spokesperson Shane Reti who thanked the Government for advising it of its plans.

"While uncertainty springs from the unknown, there are things we do know that can fill that void," he said.

"We do know the answers to the eight criteria, the eight steps that the Prime Minister said would determine if we move levels or not. We do know all of the options that health officials presented to Cabinet on Monday, from which one was chosen. We do know the economic and health implications of every choice that was made as we crossed levels.

Reti asked the Government to share the information with New Zealanders.

"Let us have some control of our own destiny and fill the void of uncertainty with knowledge and understanding. Crowdsource this problem. Bring all the imagination into one room."

The House of Representatives will meet again on the 1 and 2 of September.