The MPs had said goodbye, the retirees emptied their offices, hopeful returnees erected hoardings and organised hustings. But the official end never came. 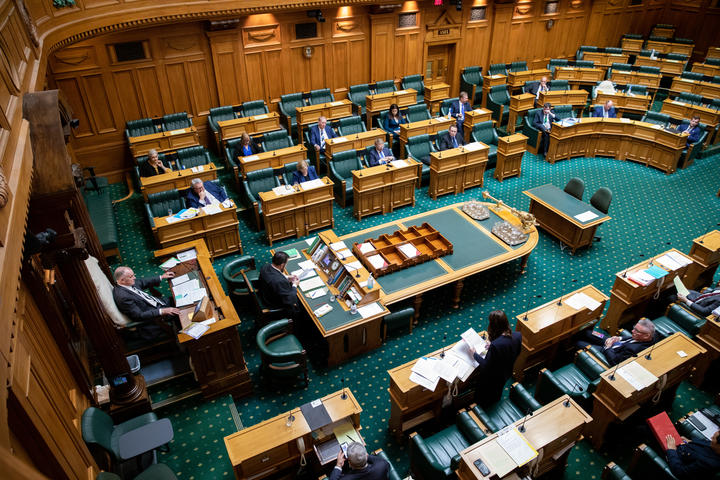 The House in session for an unexpected extra sitting day following the postponement of the dissolution of Parliament Photo: VNP / Daniela Maoate-Cox

Shortly before the coup-de-grace that is the Dissolution Proclamation (when the Governor General, on the advice of the Prime Minister formally ends the Parliament to allow an election), Jacinda Ardern gave it a reprieve.

Now the MPs (some of them at least) are back in the chamber for two more weeks before that dissolution happens in earnest on September 6th. So what are they doing?

They are meeting Tuesdays and Wednesday, for about a couple of hours a day, to allow Parliament to fulfil one of its key functions - oversight of the Executive.

On Tuesday this week that oversight involved Covid updates from the Ministers of Finance and Health (followed by comments from other parties), a full session of Question Time, and an update on recent government Orders.

Those orders are enabled by earlier Covid legislation that empowers the Government to act in certain ways, but with the promise it will keep Parliament informed of how it is using those extra powers.