Pride and Parliament: all the honourable members

Parliaments appear to follow a law of fractious proximity. That the closer a Parliament is to an election the louder and naughtier its MPs become.

This can make Parliament exciting, or just loud. But the ruckus does provide us here at The House with frequent ‘teachable moments’, (a terrible phrase). 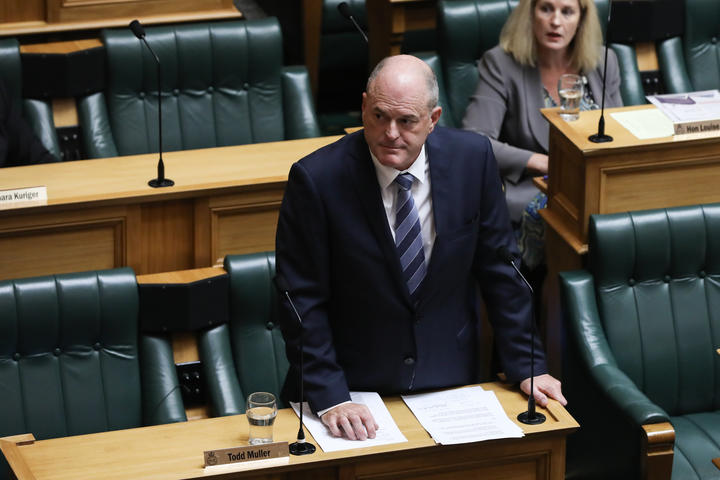 Todd Muller watches for a ruling from the Speaker Photo: VNP / Phil Smith

On Tuesday in Question Time there was already some biffo in the initial set of questions between Todd Muller and Jacinda Ardern about opening the border, when Winston Peters threw this query into the mix.

“Prime Minister, should we, despite there being a spike in COVID-19 cases in Beijing, open our borders with China, as Mr Muller from the National Party suggests?”

“I raise a point of order, Mr Speaker. Apart from knowing me for 30 years and still can't getting my name right, that is not what I have said, and I have never said that directly.”

A burble of disagreement rose amongst MPs as they took issue with Todd Muller’s claim but the Speaker reminded them of a core Parliamentary value. 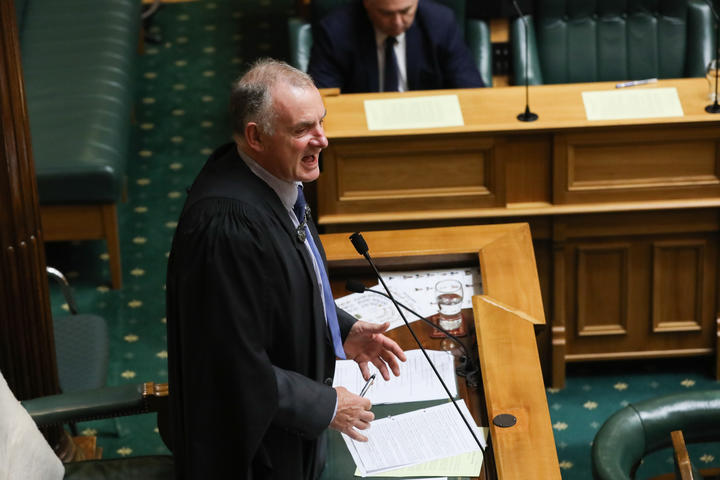 The Speaker, Trevor Mallard aims an admonition at the government side Photo: ©VNP / Phil Smith

“The member has given the House an assurance that he did not say that, and we must take his word.”

MPs are all automatically considered honorable and trustworthy and, like something from a Jane Austen novel, a gentleman’s word is sacrosanct. Winston Peters and Ron Mark prompted the Speaker to reveal the punishment should an honorable gentleman misspeak?

“The long-time precedent… is that all members are honourable members and when they make a statement, especially with regard to something that they have said or they have not said, their word is taken. The consequences for misleading the House in that circumstance, as a number of members should know, is very serious.” - Trevor Mallard.

Basically, if an MP believes another member has ‘misled the House’ (i.e. told a porky), they should raise it as a matter of privilege. They would write to the Speaker who would decide whether it is worth passing to the powerful, cross-party Privileges Committee. A member found to have lied would have committed a contempt of Parliament. The actual punishment would be for Parliament to decide but MPs can’t lose their jobs over this kind of thing. 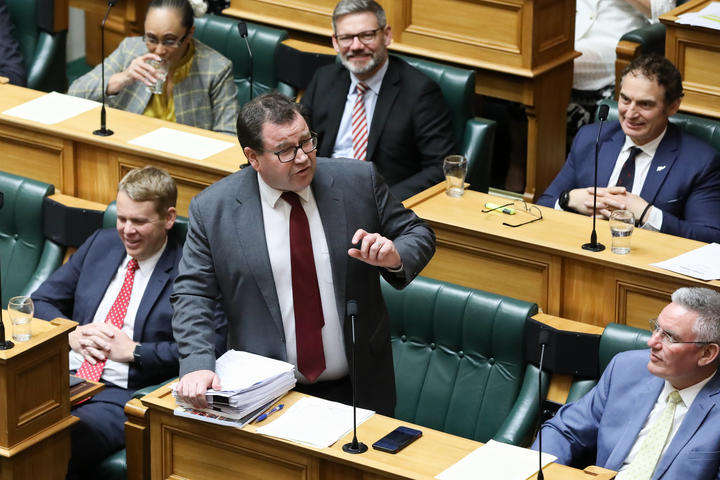 The privileges committee’s deliberations are not public though and MPs seem to prefer a more public intercession, such as a supplementary question. Grant Robertson asked this one.

“What is the Prime Minister's response to the statement from National Party leader, Todd Muller, that it was critically important that we considered broadening the bubble beyond Australia: ‘It's totally appropriate that Australia is our number one priority, but concurrently we need to be thinking around 'so how do we open up to China, what does that look like?’” 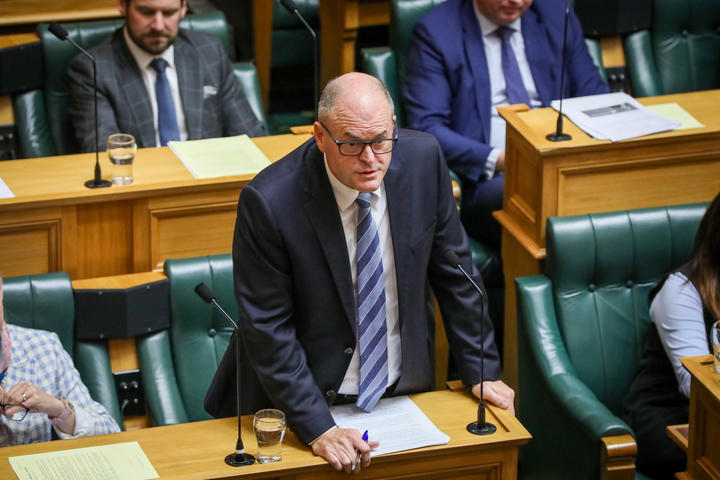 In Wednesday’s Question Time there was another interchange that cried out for explanation. Well, we thought so. The topic this time was taxes and the question was again from Todd Muller to Jacinda Ardern.

“How fair or progressive is it to increase petrol excise taxes by 12c and an 11.5c regional fuel tax since becoming Prime Minister, costing the average household hundreds of dollars extra every year despite getting almost nothing in return?”

“As fair and progressive as it is to increase it by 17c, which is what that member did when they were in Government.” 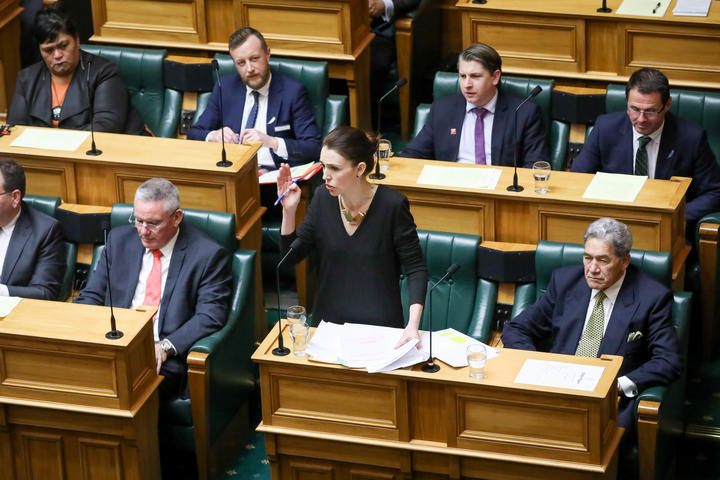 At which point the Speaker made a correction.

“I will remind the Prime Minister of the definition of "Government". That member has never been in Government.”

The Speaker wanted to remind the Prime Minister that she shouldn’t personally blame Todd Muller for any decision by the previous, National Party-led, Government because he wasn’t a member of it.

Todd Muller looked a little flabbergasted at the Speaker’s mistake. ‘But I was here’, his face appeared to say on his behalf. In fact the Speaker was entirely correct.

While we all think of all the MPs from Labour, New Zealand First or the Greens as being in government, they’re not. The only MPs that are part of the ‘Government’ are the Ministers, those 30 or so MPs who hold warrants from the Governor General. 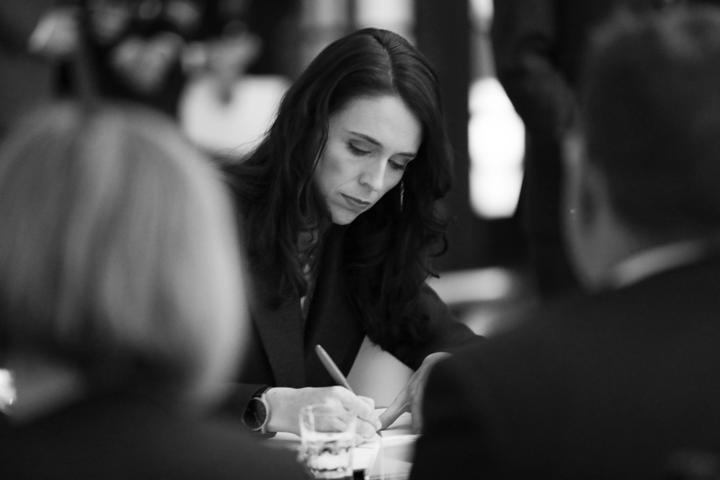 All the other MPs from the parties that hold Government are just plain backbench MPs. They may vote for Government legislation, support Government decisions, campaign for Government policy. They frequently say "we' and "this government" in debates but unless they are ministers they are not actually ‘in the Government’.

In the 51st Parliament (2014-2017), the National Party led Government and Todd Muller was definitely there, but he wasn’t up the front.

On the handy seating-chart poster produced by the Dominion Post when the Parliament began he was right at the very back - ranked 56th of the 59 National Party MPs, between Barbara Kuriger and Shane Reti. Definitely not a Minister and so, not in Government.

The Prime Minister was wrong, the Speaker was correct.