New Zealand is arguably one of the world’s least hidebound countries. We’re forever tinkering and pottering and looking for the perfect solution for everything from rat traps to rocket ships.

And New Zealand’s Parliament is likewise a tinkerer. Like the archetypal kiwi poodling in their back shed, Parliament regularly fusses with the rules, trying to perfect itself. 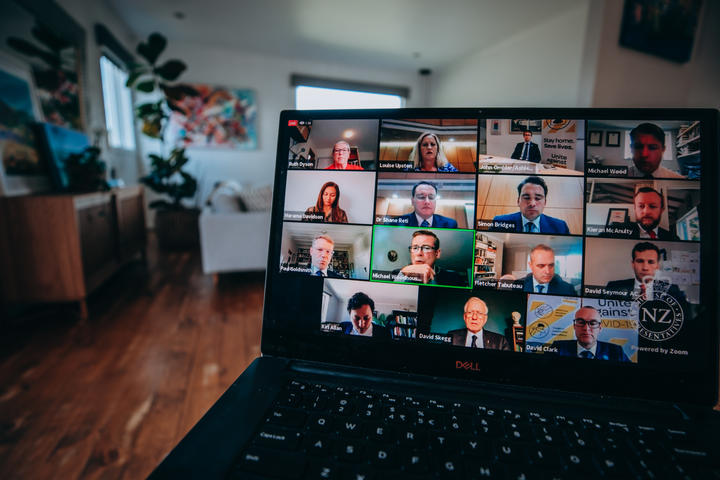 During the lockdown Parliament promptly changed a bunch of its own rules to enable the crucial oversight function to continue, select committees to meet remotely over video conference, and Parliament to function with only a fraction of its full muster on hand.

Overseas parliaments didn’t always adjust so smoothly (or agreeably). One reason for the difference is that changing the rules is normal here. In fact it’s baked into the timetable.

Tinkering to a timetable

As Parliament nears the end of its run in August it will vote on a raft of proposed rule adjustments. There’s a cross-party committee of MPs (The Standing Orders Committee) working on them already.

And Parliament is also allowed to tinker as it goes (sessional orders), so some of the proposals get to have an outing on a trial basis first.

One rule change under trial eliminates the speech limits for MPs in the committee stage. Any MP can make as many ‘calls’ (speeches) as they like. Even end on end if they really want (and have a strong bladder).

It’s a pretty radical shift and it got a fair try-out this week so we had a look at the impact. 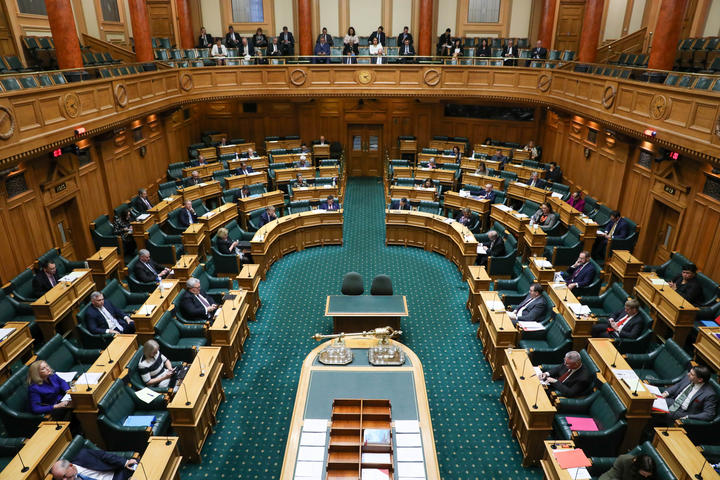 When Parliament returned under level 2 many MPs were banished to the Speaker's Gallery to allow physical distance below.   Photo: VNP / Phil Smith

Ruth Dyson when she chaired on Monday reminded MPs of the trial.

“Could I just remind the committee of the new rules: that we're trialling the removal of the four, five-minute-limit speeches in order to try and have more of a conversation with the Minister. So the five-minute speaking time is not a target. You're more than entitled to make your point or your question, and resume your seat.”

Adrian Rurawhe, when he was chairing went even further.

“I therefore encourage you to keep your contributions focused—five minutes is not a target—and relevant to promote good interaction with the Minister in the chair. We have the ability, then, to take short calls and have a series of questions and answers between members and the Minister. You can be confident that you will get a number of short calls. And can I just add also: if the member on their feet yields to the Minister, the member can be assured they will get the next call.” 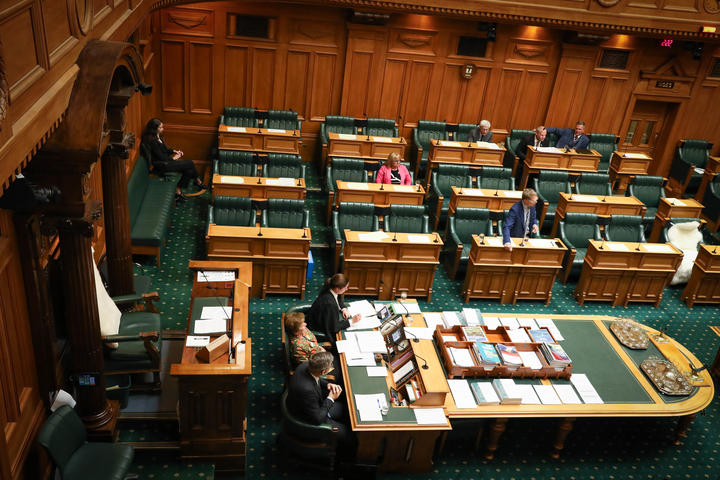 A committee stage underway in the debating chamber. Deputy Speaker Anne Tolley is chairperson,  the mace is under the table and the minister in charge is at the table to be able to answer questions. Photo: VNP / Phil Smith

The process and the usual rules

To put this all in context here is some background:

As a bill progresses through Parliament on its way to possibly becoming a law it must surmount 5 hurdles.

The three stages called readings are pretty standard debates followed by a vote. There are three readings because they have different purposes.

Interspersed between those three readings are two different kinds of committees:

The Committee Stage is not really a debate and a bill can’t fail at this stage. Instead it’s an open call to all of the MPs to put forward and discuss ideas for amendments to perfect the legislation. It’s their final chance to change it before it gets its third and final reading. The proposed amendments are tabled, discussed and voted on.

The readings have a time limit and only a handful of MPs get to speak (usually 12 10 minute speeches).

But in the committee stage everyone can speak, because anyone could have a good idea. And because you want a discussion (not a debate), everyone cans-Eakins  up to four times on every part of a bill (bills come in sections called ‘parts’).

Crucially, there’s no time limit on the committee stage either, it continues until no-one wants to speak or it’s not useful (which is the chairperson’s call).

Because the committee stage is about discussion of ideas the Minister or MP who is in charge of the bill sits at the front next to the chair so they can answer questions from MPs about the bill.

So those are the usual rules. 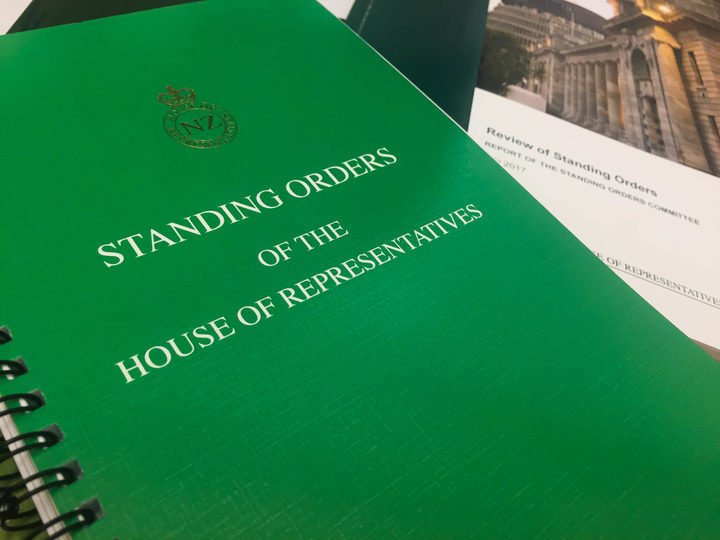 The point of the change

A reminder the proposed rule lets MPs speak as often as they like in the committee stage.

You might think that this change would make the committee stages take longer, but they already can take days and weeks. Remember the End of Life Choice Bill debate?

The hope is that the prospect of infinite speeches stops them from making each speech long (to use all their allotted time). If they simply stand, ask a question and sit again that could actually make the whole thing snappier.

Duration is ultimately a factor of: how controversial a bill is, how good its opponents are at filibustering (slowing things down), and how complex it is (is there much to discuss?) 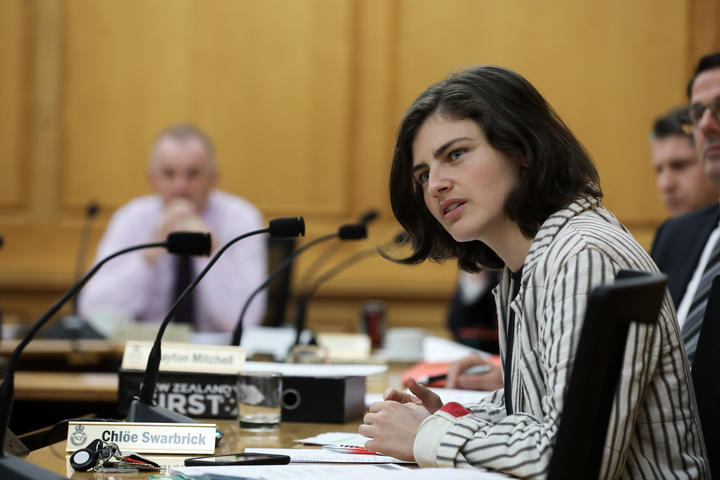 On Wednesday evening the House had the committee stages of three different bills all lined up in a row on its order paper.

Probably everyone felt that getting through them all was hopeful in the four hours available, but the House completed all three stages and had time left over.

Here’s how the three ‘committees’ responded to the new rules.

First up was a somewhat more controversial bill that got a more traditional approach.

The Climate Change Response (Emissions Trading Reform) Amendment Bill wasn’t slow-slow, but it was still the slowest of the night.

None of the 11 MPs who spoke took more than the traditional four calls and a number of them spoke to the limit of their allowable duration. Jacqui Dean, Hamish Walker, Chloe Swarbrick and Mark Patterson all took short calls but Erica Stanford and especially David Bennett went long.

The Minister in Charge was Green co-leader James Shaw. He took a hefty 13 calls answering questions and responding to MPs - but the minister in charge has never had a limit on their calls. Minister Shaw spent easily the longest time on his feet, but as he said to Nathan Guy (who had interjected with a call for a quick buzz round the main points):

“You should know by now, Mr Guy, that there is no such thing as a quick buzz around when it comes to the emissions trading scheme.” - James Shaw

Overall that bill could have been under the old rules. 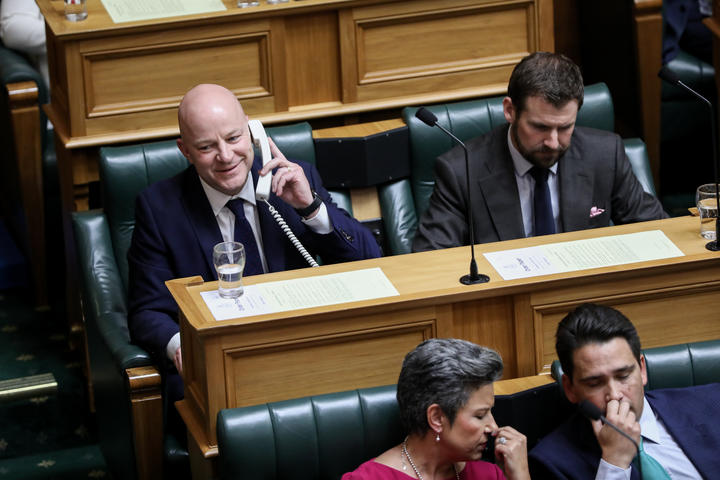 Ping-pong in the chamber

The next two bills though showed how it is done.

This Bill has support from the National Party (which changes the dynamic a little) but that didn’t stop a decent to-and-fro over the specifics.

Taking advantage of the trial on the new rules the National Party Mental Health spokesperson Matt Doocey managed seven calls! Both he and National’s other speaker on this (Michael Woodhouse) took multiple short calls, which created a genuine back-and-forward with the Minister of Health David Clark who spoke 11 times. It was basically a doubles versus singles game of ping-pong.

It was also a constructive exchange, without the speakers feeling they needed to continue until the chair cut them off. 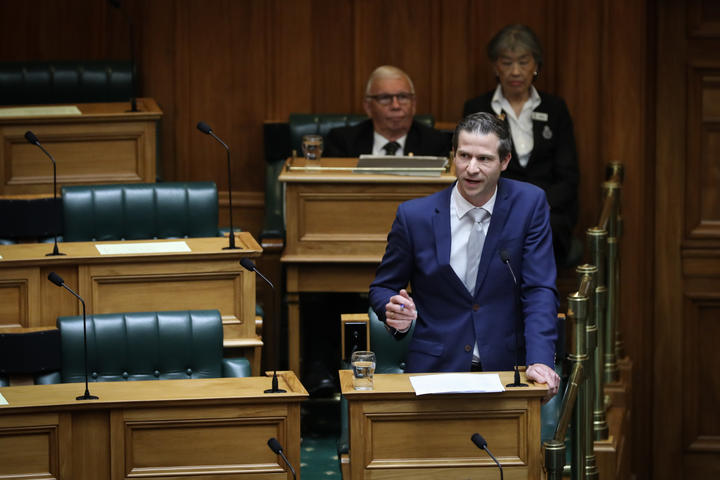 Chris Penk speaking in the House. Behind him are two of Parliament's chamber staff. Photo: ©VNP / Phil Smith

The third of the committee Stages was The Privacy Bill which managed thirteen calls from just three MPs (and twelve of them from just two).

Six of them came from National’s Justice Spokesperson Chris Penk who was obviously enjoying himself in a genuine exchange of ideas and opinions with the Minister of Justice Andrew Little.

They managed a pretty constructive discourse. It possibly helped that National was also supporting this Bill.

But as an example of how it can look it was a pretty good evening. Genuinely interested MPs could get a prolonged discussion going without other MPs (possibly less engaged on the topic) taking calls just to fill in some time.

This and many other suggested changes to the standing orders will be voted on by the House towards the end of the current Parliament, before it adjourns and dissolves in mid August.