Todd Muller’s first words to Parliament after taking over the opposition were: “My question is to the Prime Minister…”

He’d had a weekend worth of ‘intro to me’ interviews but this was his debut amidst his colleagues on the least forgiving stage.

There aren’t many places where as many people jeer as cheer you when you speak, and where every error is repeated and amplified; hopefully not by your allies. 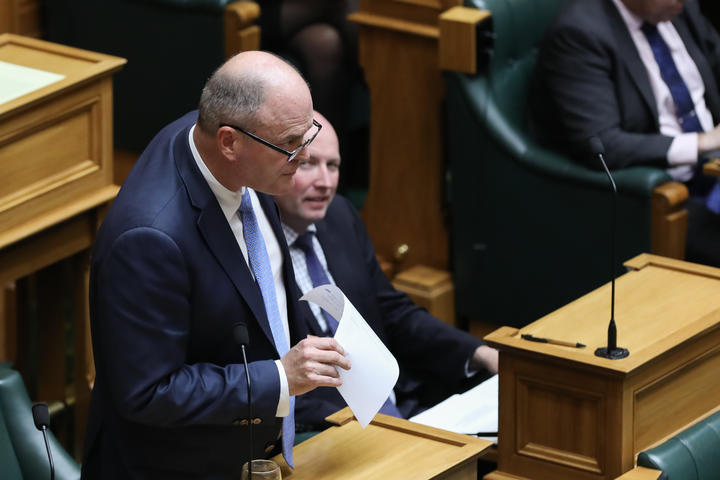 Different MPs tend to take different approaches to oral questions, each approach with its own strengths and weaknesses, and suited to different topics and targets.

In his first Question Times as Leader of the Opposition his approach was very different to Simon Bridges’. So let’s compare them, beginning with something that shapes the whole exchange - the opening.

Former leader Simon Bridges was pretty relentless in his use of the general ‘primary’ or opening question. His stock question was a variation on...

“Does she stand by all her government’s statements, [pause] policies, [longer pause] and actions?”

The rule at Question Time is that the follow-up questions (supplementaries) have to relate back to that primary question or a previous answer.  Simon Bridges’ approach was to start as widely as possible, which allowed him to follow up with questions on all and sundry.

Sometimes he focused on one topic, but often he gadflied across the subjects; resting briefly on (for example) the economy, jobs, race relations, and transport. 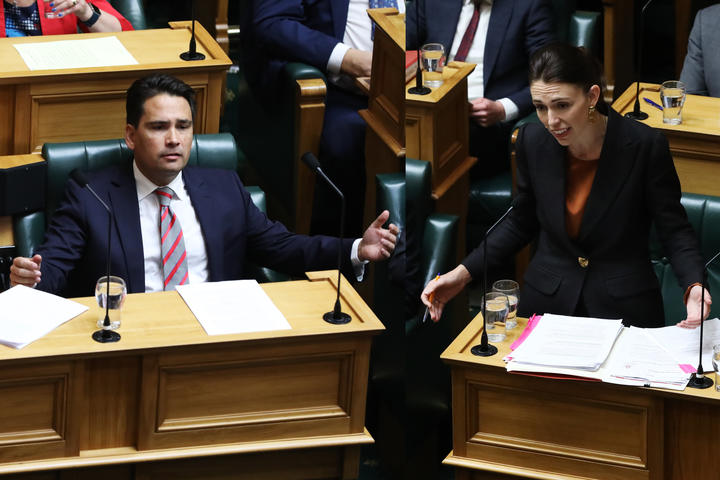 It’s like fishing with a jigger line (shiny with lots of hooks). You’re never going to snag a marlin like that but you might snag a tiddler for use as bait later.

Life, the universe and everything

An advantage of the tactic is that the minister answering gets no forewarning of what the topic will be (primary questions are pre-published). And for a prime minister that’s particularly difficult as they are responsible for everything (almost).

This lack of warning could be devastating if the minister were not prepared. The Prime Minister tends to come armed with sheafs of well-thumbed research; highlighted, footnoted and festooned with colour-tabs to mark out all the eventualities. 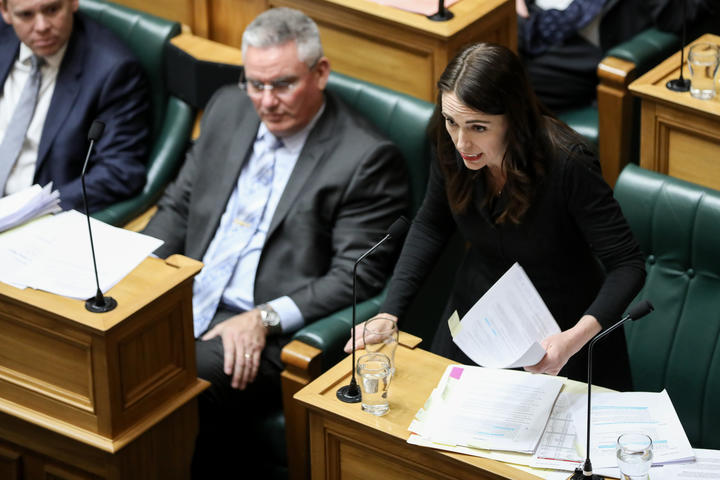 Check out the papers on Jacinda Ardern's rostrum: briefing notes on all the likely facts required to answer questions on multiple topics.  Photo: © VNP / Phil Smith

Those are two upsides of Simon Bridges’ approach; the downsides are more numerous.

The first downside happens immediately. When you ask someone if they 'stand by all their actions' you give them an excuse and a spotlight to list a bunch of recent actions they’d like to highlight as well worth standing by.

It’s a free hit and the Prime Minister enjoyed at least one every question time she shared with Simon Bridges. Sometimes Simon Bridges mysteriously took a second general primary question and Jacinda Ardern got a second free hit.

Bringing a shotgun to a duel

The second downside is that opening the door wide for yourself also opens it widely for other MPs. Government MPs can also ask supplementaries and they get the same largesse over topics.

That invitation also applies to the answerer - who gets to answer very broadly.

Choosing a shotgun for a duel seems clever until everyone else gets given one as well. 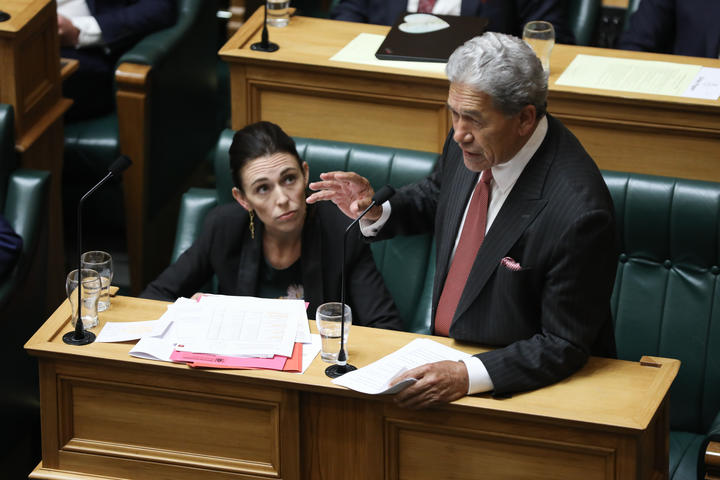 To make matters worse, a broad primary question lets you aim wide, but not deep. You cannot demand much in the way of specifics in the answers.

So, you have a lot of hooks on the line, but the line itself is short and doomed to stay in the shallows.

Asking for specific details is considered unfair without a warning about the topic, so the minister answering is able to say ‘I don’t have that detail’, or ‘ask a question on notice and I’ll bring that detail’, or ‘put a question in writing and I’d be very happy to provide that information’.

That was Simon Bridges’ approach and  the upsides and downsides he experienced as a result. 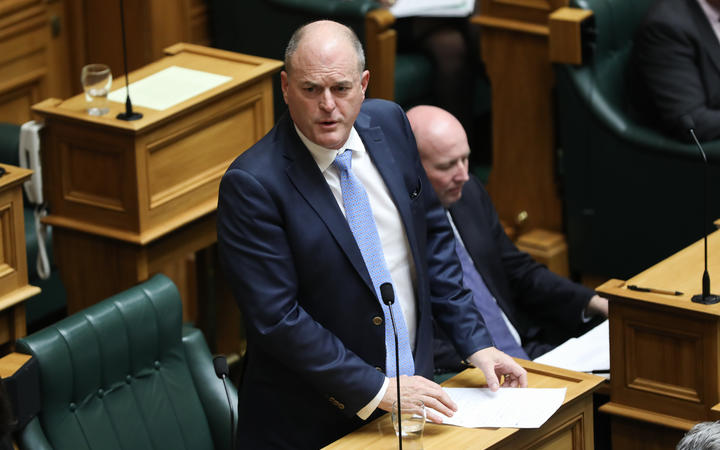 The new National Party and Opposition Leader Todd Muller started his week with this question:

“What is the Treasury's most recent estimate of unemployment in the third quarter of this calendar year, and what is the government's specific plan to arrest the sorts of job losses we've seen over the past two weeks?” - Todd Muller

As a result every follow-up question had to fall within that narrow scope.

In fact most of the supplementary questions were about direct cash payments to small businesses, so even more specific than that.

Because the primary questions are pre-published the Prime Minister could forgo swatting for answers on transport, health or primary ministries etc.

But she would have no excuse not to be totally in charge of the details on the topic at hand. 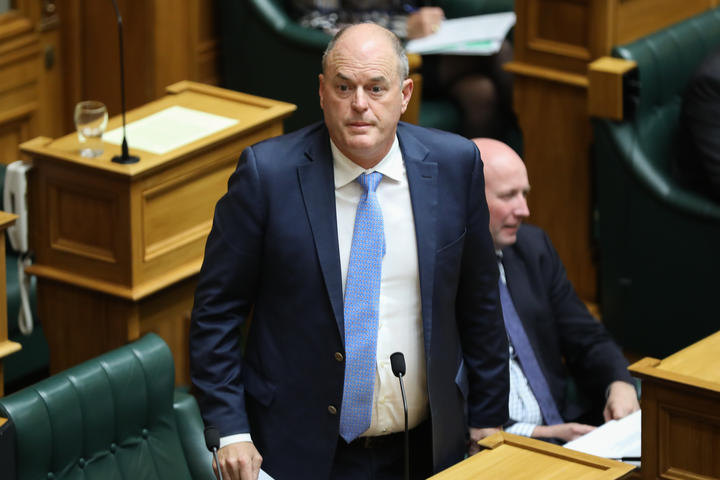 On Wednesday the primary was at least as specific.

“When she said yesterday that the government was 'using the tax system to get cashflow to small business', what did she mean by that?” - Todd Muller

With a specific primary, if Jacinda Ardern had slipped or looked insecure, Todd Muller would be allowed to push deeper for detail and expect specific answers. No obvious opportunities presented themselves.

Asking narrow questions is a much more precise tactic. It can lead to the kind of prosecutorial demolition that the UK's new Labour Party leader Keir Starmer has demonstrated while grilling Prime Minister Boris Johnson in the British House of Commons.

There did appear to be one similarity between the previous and new opposition tactics in the New Zealand parliament.

Both opposition leaders appear to have come to the House with a full set of supplementary questions written out and ready to go.

This is a useful backstop but it allows the questioner to coast rather than build an argument based on the previous responses.

The most effective question lines are developed on the spot, but it is not as easy as Kim Hill and Susie Ferguson make it look - hence the pre-prepared supplementaries.

The prepared question line could be necessary because the barracking in the chamber can make hearing the Prime Minister’s answers difficult.

Simon Bridges helped create a fair bit of that noise himself which can’t have helped with his listening. 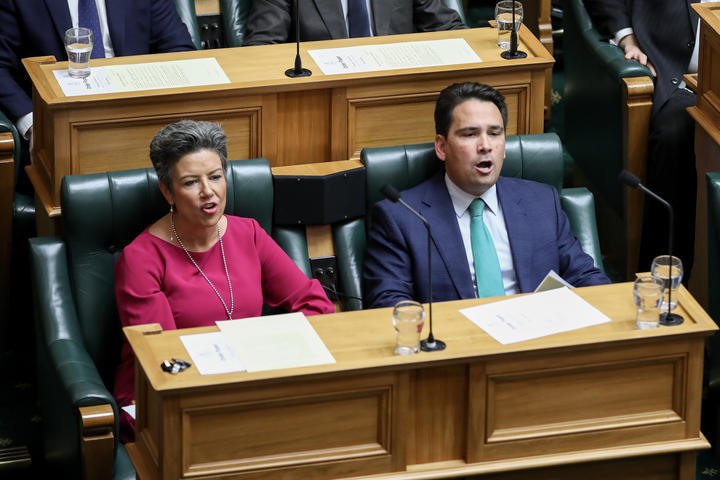 The typical cacophony this week was (in part) coming from around Todd Muller. The Speaker requested Louise Upston to pipe down as she was behind her leader and booming through his open microphone. Whether he could actually hear Jacinda Ardern's answers over his own colleagues is unsure.

We'll have to listen even more carefully this coming week.