Parliament this week: Catching up with Covid-19

The Government will have to make up for time lost due to Covid-19 as it works on legislation this week says Leader of the House Chris Hipkins. 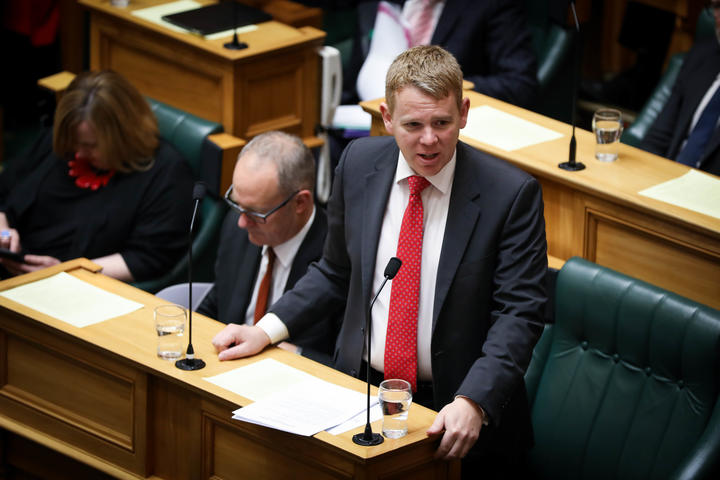 Parliament adjourned for five weeks while the country was locked down under alert level four and resumed sitting with fewer than normal MPs a month ago.

A sitting week is when MPs are scheduled to be at Parliament in Wellington and in the debating chamber on Tuesdays, Wednesdays (2pm-10pm) and Thursdays (2pm-6pm). During the lockdown three of these scheduled sitting weeks were skipped.

"Covid-19's had a huge influence on the Goverment's legislative programme in Parliament. Obviously we lost a lot of sitting tine as a result of the lockdown and we do have to catch up," said Mr Hipkins.

"We've got bills that we need to be passing through, the budget has to pass through its remaining stages. And then there are things the Government's made commitments to do that we want to be able to make good on and of course there's still legislation going through the House that's directly related to the Covid-19 response."

The rules say MPs have to work on the Budget Debate first but they can push pause on that to work on other stuff which this week includes disestablishing the Epidemic Response Committee.

"That was set up specifically to scrutinise the Government's actions when Parliament wasn't sitting," said Mr Hipkins.

"Of course Parliament is now back to regular sitting. We've got Question Time every Tuesday, Wednesday, and Thursday so the Epidemic Response Committee's work is drawing got a close."

There are four petitions, an inquiry, and two bills which the Epidemic Response Committee has been working on.

"They can report back to the House on their business, it's up the House then what happens to any business that was still before them" said Mr Hipkins.

Other bills on the to-do list for this week are:

Bills can't normally go through more than one stage per sitting day so, for example, a bill wouldn't be introduced to the House and then pass its first reading debate in the same day.

"I think we'll see a bit more of that between now and the election as we try to reclaim some of that lost time," said Mr Hipkins.

"There are some items of business that during a usual sitting calendar we would have been able to progress without urgency, that we may now need to use urgency to progress, otherwise we'll simply run out of time for them."

See how far the House gets each day on Parliament's website.