After a budget announcement the Government normally introduces some legislation under urgency - this year it worked on six. 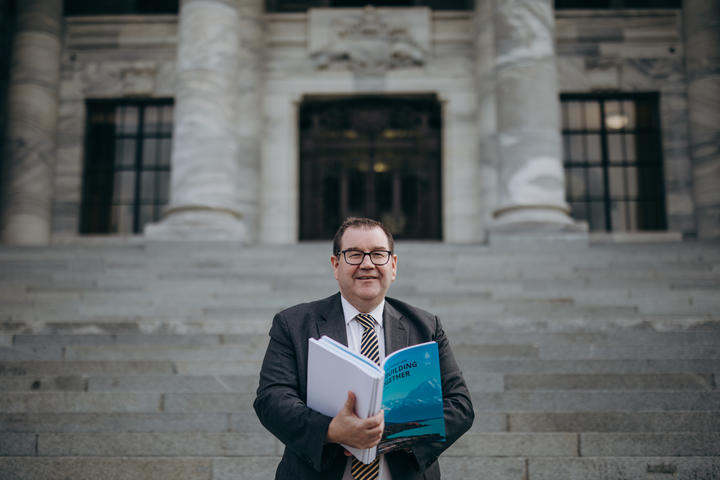 Every year in May the Minister of Finance announces the Government’s plan for spending taxpayer funds over the next financial year.

The announcement dominates much of the media coverage for the following days but in the House the budget debate gets set on the back burner after a couple of hours and the MPs turn their attention to other business.

When the Government wants to get things done fast it can sit under urgency - it’s a tool which can shorten the process of passing legislation from one that would normally take months to days or even hours.

"As has long been the custom on Budget days, the Government intends to move urgency to progress legislation that delivers on some of the Budget's priorities and addresses issues that need a rapid response," said Leader of the House Chris Hipkins.

The Governement has to be specific about the bills it wants to work on under urgency as it's not allowed to add extra ones later.

Mr Hipkins moved for the introduction, first reading and referral to select committee of the:

and the introduction and passing through all stages of the:

The Minister also has to justify why these bills need to be passed more quickly than usual and this year the Covid-19 pandemic is influencing the legislation.

"The Forests (Regulation of Log Traders and Forestry Advisers) Amendment Bill strengthens the integrity of the forest supply chain. COVID-19, of course, has highlighted the need to increase the resilience of this very critical sector as quickly as possible, and the bill will go to select committee for a shortened period of three weeks."

Bills go through various stages on their journey to become law. After a first reading, a bill is normally referred to a select committee for about six months.

A committee is a group of cross-party MPs which examines legislation more closely, hears from officials or experts and often calls for submissions from the public. They use this information to write a report on the bill for the House which can sometimes include recommended changes.

Under urgency this part can be skipped but if it is going to committee then an MP in charge of a bill can also ask for a committee to report back sooner. This request is called an 'Instruction to a Committee' and sparks a debate beginning with the MP in charge explaining why the shortened time is necessary.

"I suggest to the House that this is necessary because we're in the midst internationally of a depression caused by COVID-19 that is predicted by many to be of a scale not seen since the Great Depression," Minister for Trade and Export Growth David Parker said about the Overseas Investment (Urgent Measures) Amendment Bill.

MPs can stand to take a call which is a speech of up to 10minutes until the Speaker thinks the issue has been debated enough.

This gives a chance for MPs to voice their support or opposition to the shorter report back time like National MP David Carter.

"My first point is that in all reality, the current deadline that's been proposed by the Minister, the Hon David Parker, is nothing but a sham select committee process," he said.

"To introduce a bill tonight under urgency; expect people to take note of the ramifications of the legislation to acknowledge that we're in a lockdown, currently at level 2, to submit sensible submissions to the select committee; for us then to have a select committee process to hear them when, again, we're all in lockdown and in recess week—I truly believe that unless it's extended, it's, effectively, a sham select committee process."

MPs vote on whether or not the shortened time will be allowed and as the Government has majority support it was passed. The Finance and Expenditure Committee has to report back to the House within 10 days of the Bill's first reading debate by the 25 May.

The House managed to complete work on all of the bills the Government put forward to progress under urgency and more details can be found on Parliament's website here.