MPs have worked on Covid-19 related bills under urgency shortening a process that would normally take a few months to a few hours. 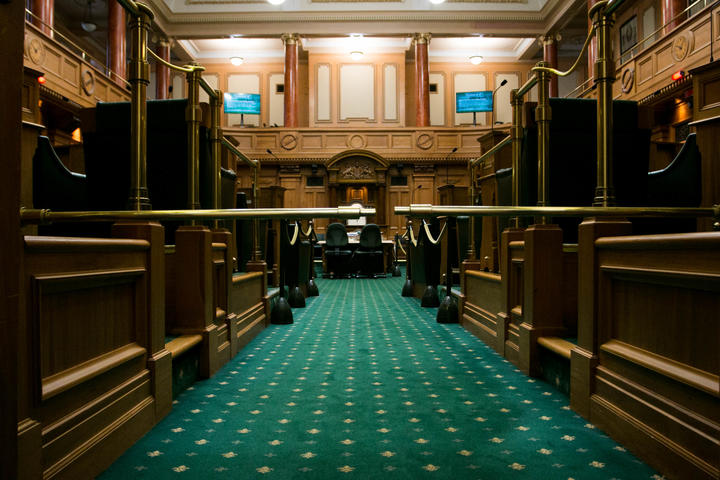 The debating chamber where the House of Representatives meets Photo: VNP / Daniela Maoate-Cox

Urgency is a tool the Government can use to pass legislation much faster than normal by overruling some of the normal restrictions around passing legislation.

On Tuesday this week the Leader of the House Chris Hipkins asked for two bills to be considered under urgency: 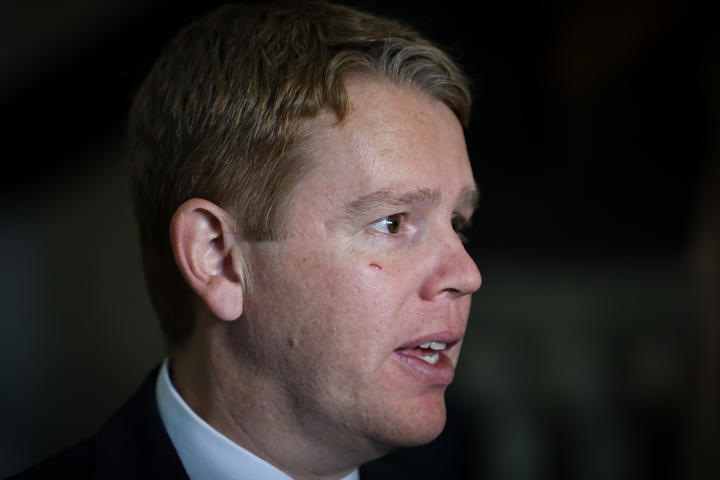 To work on bills under urgency a Minister has to explain why it is needed.

Hipkins said he'd deal with "the easier one first" meaning the Further Management Measures bill which has support of all parties except for ACT.

"Many of those measures are needed to be put in place in order to ease the burden of COVID-19, in order to particularly ensure that our businesses can get back up on their feet, and that the impacts of COVID-19 as far as possible, mitigated."

The second bill relates more to legal issues as the country moves to level two.

"New Zealand moves into the next phase of the fight against COVID-19, when we move to alert level 2. We will move out of the cycle of the renewal of a national state of emergency."

On the 25th of March a national state of emergency was declared and has been renewed every seven days since but  today it was lifted and a transitional period put in place for 90 days unless extended or terminated earlier.

In a state of emergency powers are made available that wouldn’t be normally like road closures or a ban on certain activities.

The Public Health Response Bill sets out a legal framework for responding to Covid-19 when a national state of emergency is no longer in place - it will last for the next two years or until Covid-19 is brought under control if that is sooner.

It already passed its first reading and Mr Hipkins asked for the rest of the stages to be completed under urgency.

"The need to pass that legislation is self-evident," he said.

"The legal framework needs to be in place as we move to level two from 11.59pm Wednesday night, so that the powers and the protections that it creates will be available from the outset of level two, and so that there will be no opportunity for the virus to regain a foothold in New Zealand because of a legislative hiatus."

The issue of scrutiny 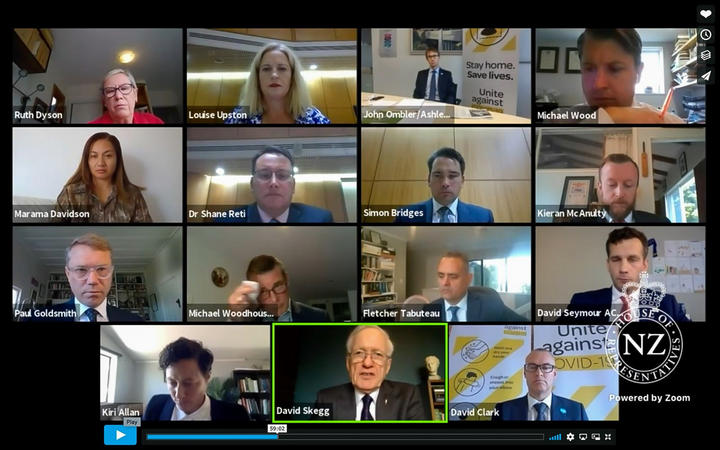 Many of Parliament's select committees have been meeting digitally but this process was skipped under urgency Photo: Parliament

Urgency normally comes with concerns from MPs over scrutiny because of how much shorter the process is.

Usually a bill would take a few months to process including six months at a select committee where the public would be invited to share their views.

A bill also can’t be put through more than one stage per sitting day, so a first and second reading debate don’t take place straight after one another.

Urgency puts these restrictions aside and allows a bill to be put through more than one stage in a sitting day - reducing the process from one that would likely take months to hours.

A large part of an MPs job is scrutiny so shortening this process needs to be justified which is why a Minister has to explain the reasons for urgency - to ensure there is political accountability.

This point was picked up on by Opposition and government party MPs alike who spoke during the various stages of the bills passage to law. 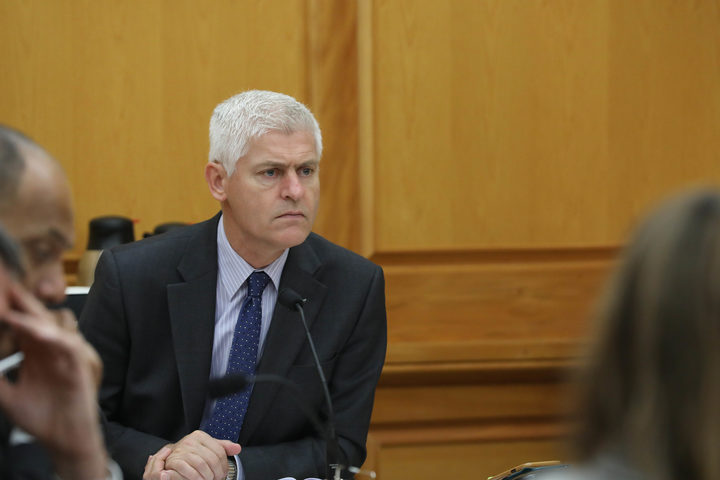 At its third reading National MP Tim MacIndoe said the process was "unjustified", and "undemocratic".

"This bill should have gone to a select committee, even if only for a very short period of time, because we should have been reaching out to the public, to legal academics, to practitioners, and other commentators who all would have been able to make valid points to improve this bill." 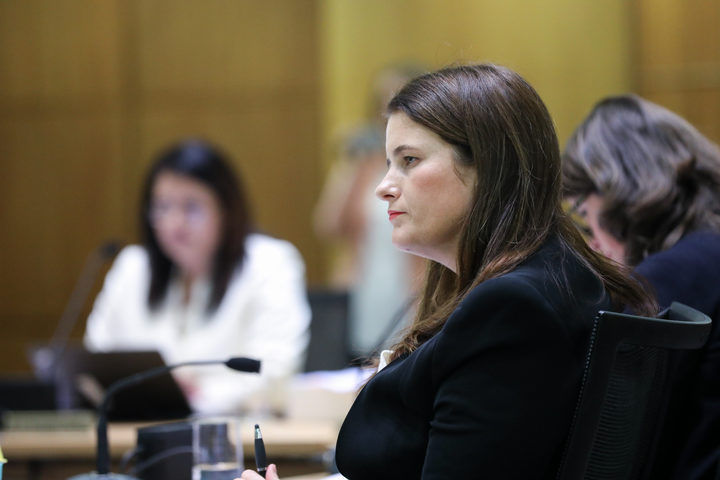 Fellow National MP Nicola Willis spoke at the bill's second reading and said the pace of which the bill was passed was cause for concern.

"We saw this bill at 5 p.m. last night (Monday) —all three readings today, no select committee process, despite a recommendation that there should be one, no prior engagement." 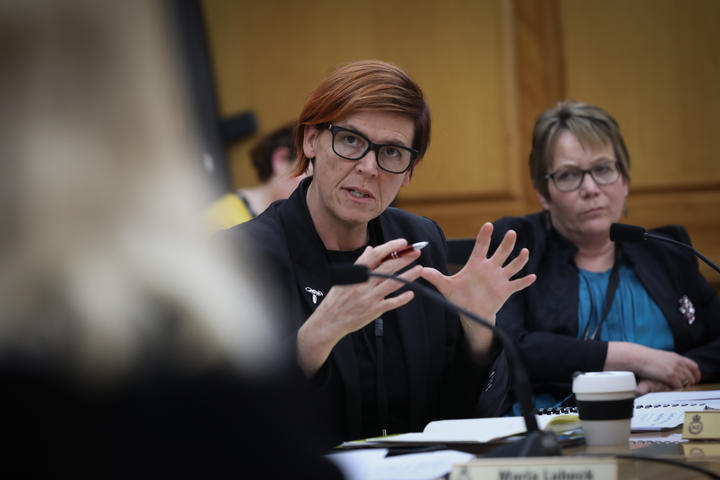 Green MP Jan Logie also said the lack of a select committee process was "not ideal".

"All of us would want that to happen, in the ideal circumstances. I suspect there is still an understanding that this has been a rapidly evolving situation and that we are moving into level 2 on Thursday and we need to get that legal certainty before we do " 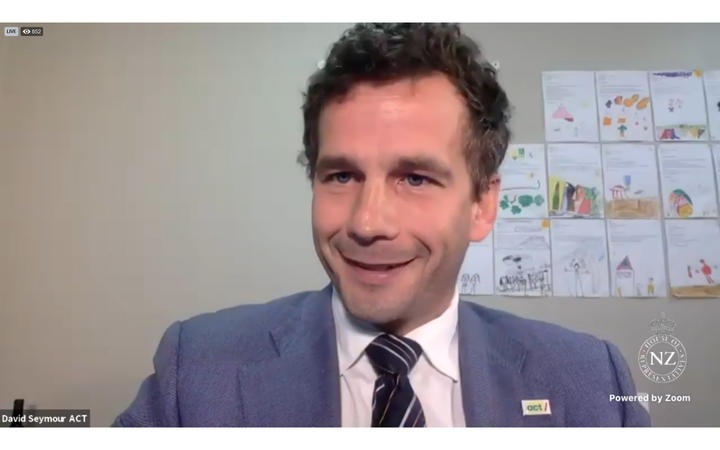 ACT party leader David Seymour said there were some issues that needed to be further examined.

"Normally, of course...we would have had the first reading six months ago and a select committee would have consulted the public and issued a report, and we would have got all sorts of feedback."

"In this truncated, urgent reading we've gone straight from the first reading to the second. I have had some feedback from a former member, Marama Fox, who just texted me, 'Bro, this is outrageous.'"

Only bills which the Government listed to be worked on under urgency can be progressed while the House sits in this way - if it finishes those bills then urgency is lifted.

The Government can also decide that it doesn't want to carry on under urgency and that's what happened this week.

The bill passed its third and final reading on Tuesday evening with the Labour Party, New Zealand First Party, and Green Party in favour while the National Party, ACT Party and Independent MP Jami-Lee Ross opposed it.

It becomes law once it receives Royal Assent from the Governor General.