Budgets are always on Thursdays. It makes for a suspenseful week; and a long one, because urgent budget-related debates can push Parliament into the weekend.

But before we get to Thursday Parliament has three other Covid-19 related bills to get through. 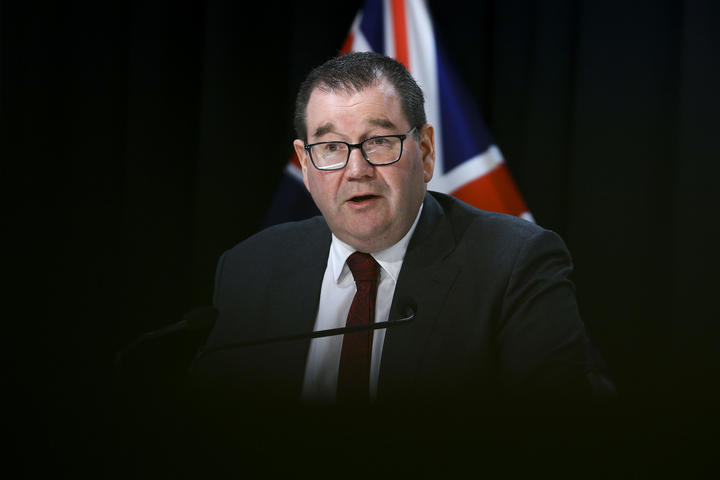 It's Finance Minister Grant Robertson's week. Here he speaks to media during a pre-budget health announcement at Parliament Photo: Getty

Two of the Covid-19 related bills are already underway. One temporarily changes immigration rules (to deal with, for example, people still in New Zealand whose visas have expired).

The other is the mother of omnibus bills, amending 45 laws in various ways to deal with epidemic issues. Everything from allowing electronic signatures to covid tests on the deceased, from gun licences to a quicker beginning to rules to stop loan sharking.

The third covid bill is necessary to enable the mandated restrictions at Level 2. The details aren’t yet available at the time of writing, but should become available here by the time it is debated this afternoon.

Those three bills (plus Oral Questions, and a General Debate) will take the House through until Thursday.

But come 2pm on Thursday all eyes will be on the Finance Minister, Grant Robertson, as he announces a budget very different to the one he was planning a couple of months ago. Budgets take many months to construct and the general shape is usually well formed before the year even begins after thousands of hours of collective input from ministries, ministers and the budget mavens at Treasury.

And then after many months of careful planning, debate and argument something viral comes and blows it all out of the water.

To what extent Grant Robertson has had to start from scratch is a mystery.  Any matching new wrinkles and eye-luggage among his teams might provide a clue.

Level 2 also begins on Thursday so Parliament will be allowed more MPs aboard the ship of state, though still not the full contingent.

Parliament totals 120 MPs (plus one Governor General) but the largest group allowed together is 100, a number the Speaker intends to stay below. So, some MPs will still be absent, but fewer and physical distancing remains.

The potential 100 politicians will be whittled further down by the presence of a scoop of journalists 'spaced out' up in the press gallery.

The public and Speaker’s galleries that look down on the chamber will be empty of public, but instead hold some of the 90 or so MPs - using the extra space to allow distance from each other.

They may want that extra space (and a blanket) later in the week, when urgency for budget-related legislation may cause at least one midnight sitting.

There is a long history of MPs tucking up and falling asleep in the chamber. Blankets were once even provided to comfort their slumber.