Life in the press gallery

This year marks the 150th anniversary of the Parliamentary press gallery. Irra Lee spoke to some of its members as they reflect on their roles in an ever-changing media landscape.

When you’re 150 years old, like the Parliamentary Press Gallery, you’ll have seen your fair share of political triumph and defeat from the lofty benches above the Speaker’s chair in the House.

You’ll also have seen everything from the ubiquity of newspapers, radio, TV and, most recently, digital platforms and social media. 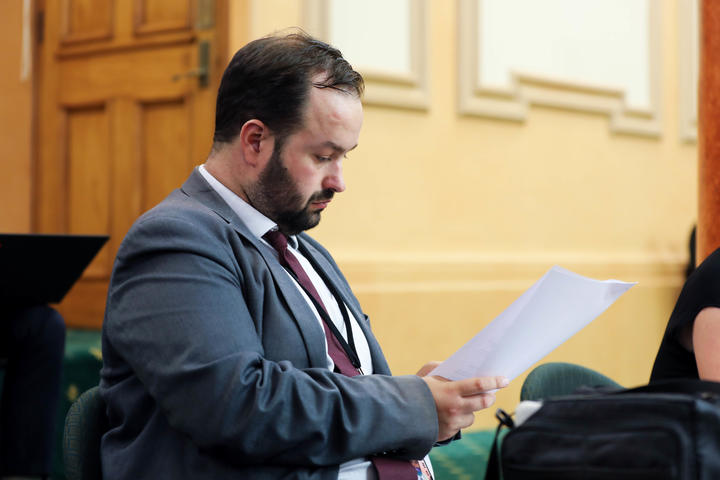 Newsroom political editor and press gallery chair Sam Sachdeva says the press gallery exists to be a check on those in power on behalf of the public.

“We want to report on what they’re doing, the legislation that’s going through, the decisions they make, and explain it to the general public,” he says.

“But also to critique it where that’s necessary and where that should happen.

“So, if we feel that a Government is abusing its power or a Minister is, then it’s our role to prove that and then expose it to the voting public.”

A place for relationships

One way for press gallery reporters to break stories is to maintain relationships with a number of different groups of people.

The first is with politicians. The early days of political reporting in New Zealand didn't display the same independence seen in today's outlets as politicians often owned newspapers. The rise of commercial news from the 1860s and then the introduction of daily newspaper The Evening Post marked a shift away from partisan coverage.

What hasn't changed, however, is the symbiotic relationship between politicians and journalists. 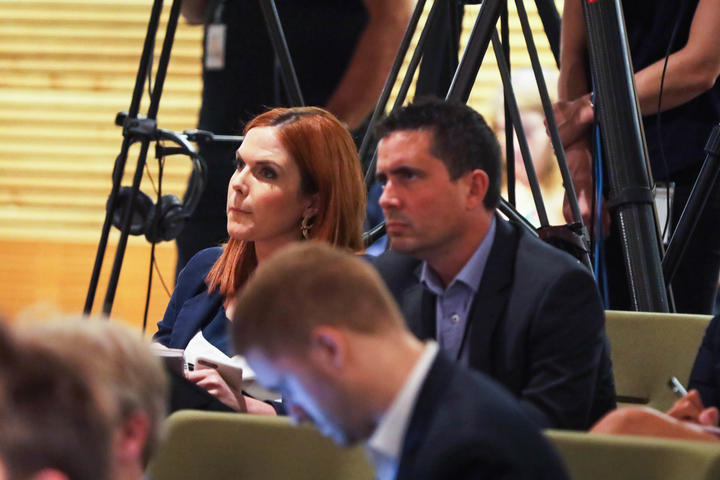 Jessica Mutch McKay, political editor for TVNZ’s 1 News, says of the relationship: "We need each other.”

Mutch McKay says while social media allows politicians to communicate to the public directly, it isn’t an unbiased source like the news.

She says while maintaining relationships with sources is vital in any type of journalism, it’s especially important in the press gallery. One reason for this is because press gallery journalists and politicians work in the same place.

“I could do a negative story on somebody and then be standing next to them in the queue buying a cup of coffee at the Parliament café the next day.

“You have to be able to justify why you’ve done that.” 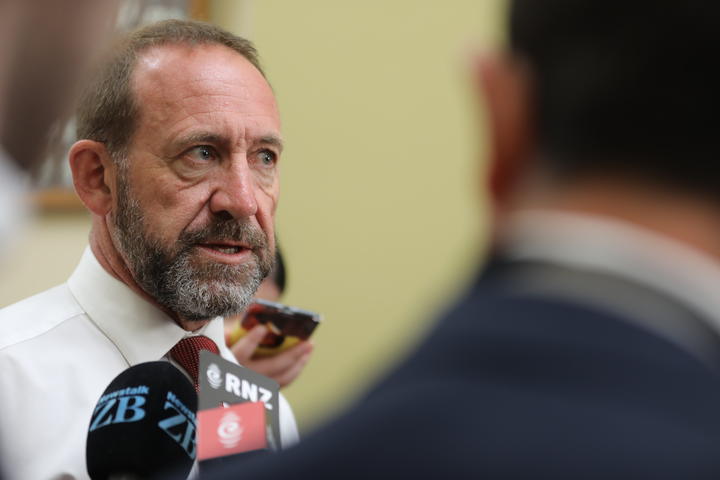 Labour MP Andrew Little speaking to the media on the way to his party’s caucus meeting Photo: VNP / Irra Lee

The second key relationship is with sources.

“If I break trust or break a promise, I don’t get information from that person anymore,” Mutch McKay says.

“I do think you do have to build up that trust and build up that rapport, and then those relationships and those bits of information that you can get from people, that’s what helps pay off for stories in the future.”

The third key relationship lies with other press gallery journalists.

Sachdeva says while there’s certainly competition in the press gallery between news outlets, there’s also a sense of collaboration, especially if politicians are evading questions.

“You kind of want to team up and have strength in numbers.”

A place for history 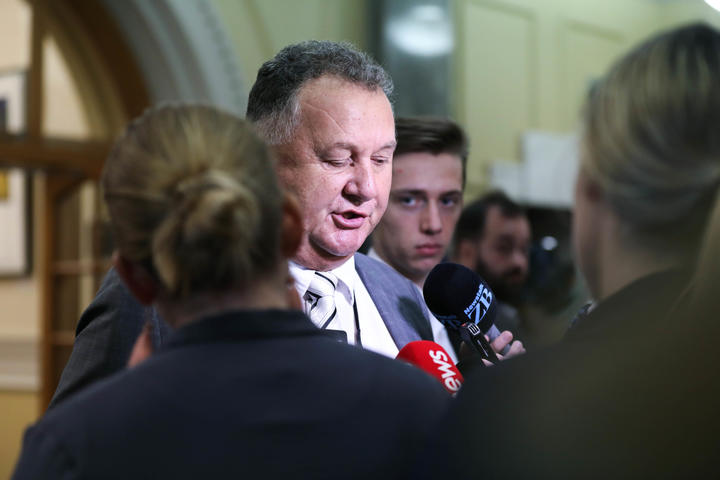 On the walls of the press gallery precinct hangs the photos of those who have walked its halls before. To quote The House, parliamentary historian John Martin’s book: “The press gallery became a training ground for a cohesive cadre of top journalists.”

Newstalk ZB political reporter Aaron Dahmen says this makes it a brilliant place for young journalists like him to learn.

“You’re standing alongside… some of the best journalists in the country,” he says.

“To be able to, as a young reporter, watch them do their craft and to be able to pick and learn from that is an incredible opportunity.”

He says “there’s a sense of history” in Parliament and the press gallery.

“It’s pretty amazing to be able to come to work and work with that history… and be part of that history.”

Sachdeva says when reporters join the press gallery, they’re “very conscious” of the traditions and the history preceding them.

“It’s literally all around you with the photos on the walls,” he says.

“That sort of weighs on you. It’s not a burden, really, it’s an honour to be following in their footsteps.”

But, he says reporters have to be conscious things have changed a lot since then.

“You need to respond to what your readers need now rather than focus on the past too much.”

A place keeping up with the times 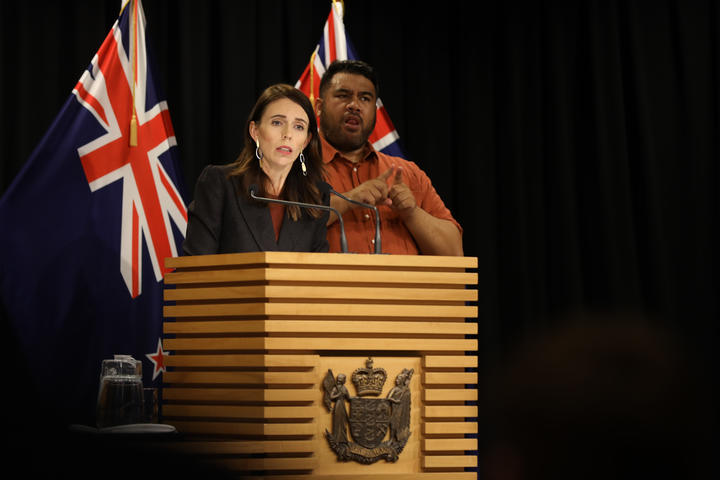 Sachdeva says the rise of the modern news cycle and digital platforms have both advantages and disadvantages when it comes to political reporting.

“With a more 24/7 news cycle, I think a lot of outlets sort of struggle to deliver in-depth coverage,” he says.

“But then there is also a greater ability to get things instantaneously to readers or viewers, whether that be a live blog or covering a livestream of what’s happening in Parliament.”

Dahmen says even in his short time in the industry, he's already seen a lot of changes. He sees them as exciting opportunities because it allows reporters to showcase their work to more people on different platforms.

But Mutch McKay says political reporting does retain its experience.

“Politics is somewhat different because it is just one niche area,” she says.

“So, we tend to be more expert in subjects.”

She says her experience, for example, allows her to deliver the news with a knowledge of what previous Governments have done as context.

“But, I do think that as media industries are struggling all around the world, there are challenges for sure, and we’re not immune to that.”

Sachdeva says despite any changes, the purpose of the job stays the same.

“The fundamental job of acting as a check on power is still there. It’s just that the way of delivering that check is slightly different.”