'...and by opposing end them': MPs practise for the election

The political year starts early in the New Zealand summer with Ratana, Waitangi and various state of the nation speeches before the year is fully wound back into gear.

But Parliament sits smouldering a little longer before finally bursting into flame in the heat of February. At which point it blazes like it’s been doused with petrol. But then so does February. (Remind me why again our holidays are in December and January?) 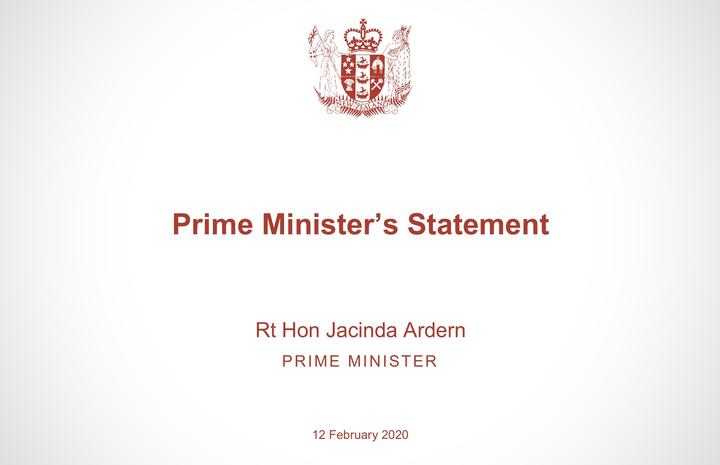 The first debate is over something called The Prime Minister’s Statement. Yes it's a document you can read.

Strictly speaking the point of the Prime Minister’s Statement is for the government to reveal its plan for the year, and for the MPs to either approve or oppose that plan.

“And by opposing end them”, because voting against the plan would be a 'vote of no-confidence' and end the government. That’s the idea anyway.

That is why it mattered when the Leader of the Opposition, Simon Bridges, forgot for the second year running to actually table his stated amendment proposing a no confidence vote. The House had to pause and wait for his jottings and for him to argue the toss with the Speaker.

So, does Parliament still want this current government in charge?

It’s the same question we all get to answer in September.  This debate foreshadows the campaign to come, so the party leaders’ approaches were potentially interesting.

The audio on this page includes indicative highlights from the leader's speeches, but below is a brief outline.

Most leaders looked both back and forward, at themselves and at their opponents. It gave it all a 'contrast and compare' vibe, like a university essay. 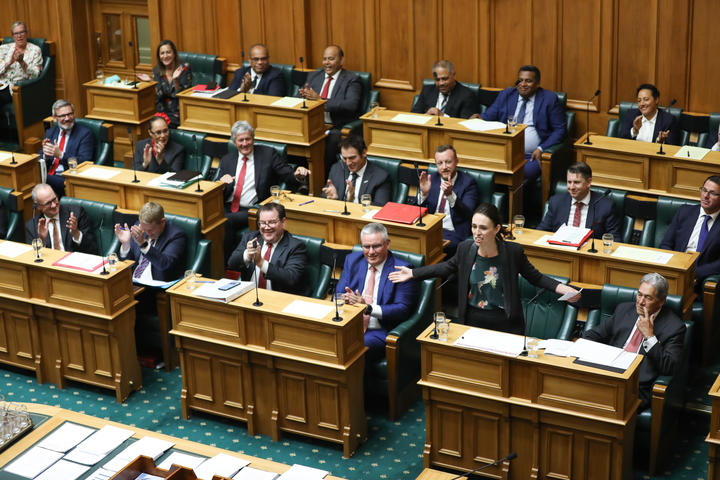 The Prime Minister Jacinda Ardern listed her administration’s achievements, with a particular focus on outcomes either human or physical (infrastructure). But she also spent quite some time contrasting the picture she was painting of ‘now’ with the ‘before’ picture of the previous government, reprising Kelvin Davis' opening from his popular party conference speech.

But the overall theme was 'What are you doing next?' 'More!'. 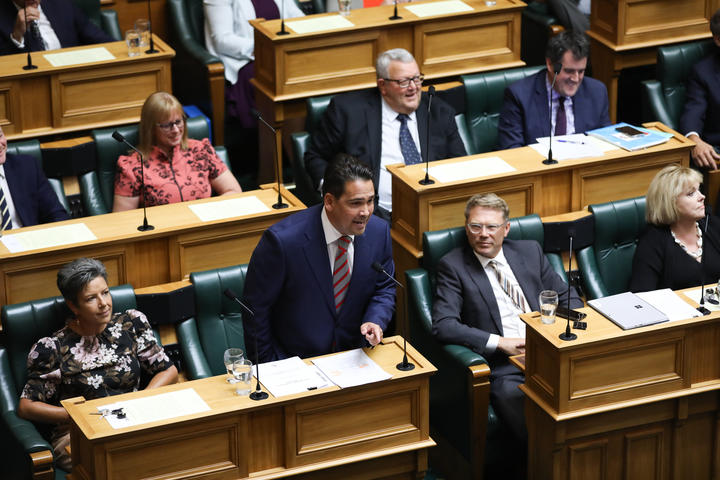 Simon Bridges also spent most of his time talking about the current government (always likely in opposition). His focus was on policy areas where outcomes haven’t reached aspirations or promises. He was keen to impress that National is the natural party of infrastructure, so roads were a focus.

He did also talk very briefly about his own party's plan. It was, he said, a simple plan: tax cuts, deregulation, more roads and crime reduction. 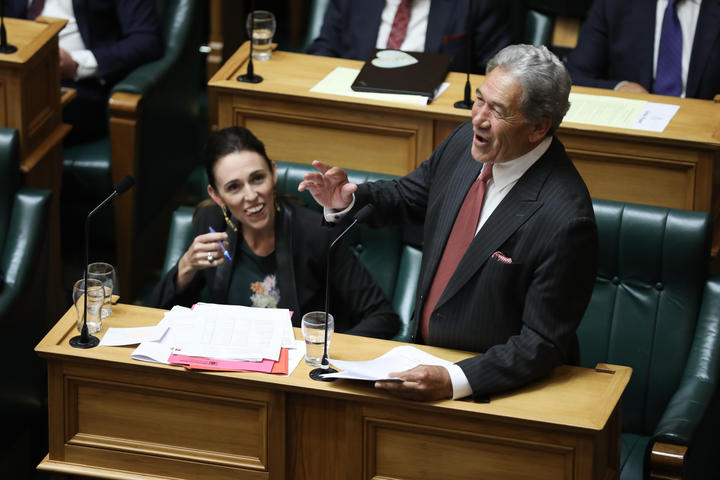 Winston Peters freewheeled between a written speech promoting New Zealand First and off-the-cuff riffs on the opposition. He returned frequently to what he thought of the popularity and chances of the current opposition leadership. But like the Prime Minister his main effort was in promoting his party’s role in achievements while painting his centrism as a brake on outlandish extremes. 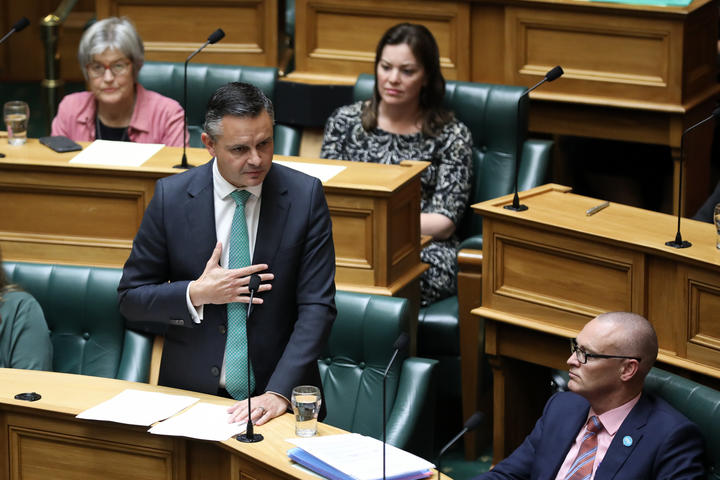 James Shaw began with the Australian bushfires. He had an impressive statistic to present: the local equivalent fire would have “stretched from Cape Reinga in the North to Rotorua and burned everything in between.” Mr Shaw is the Minister for Climate Change and achievements and plans in that policy area were a focus for him.

Overall though James Shaw reprised the underlying themes of Jacinda Ardern’s speech; portraying a dark past and promising a brighter future. 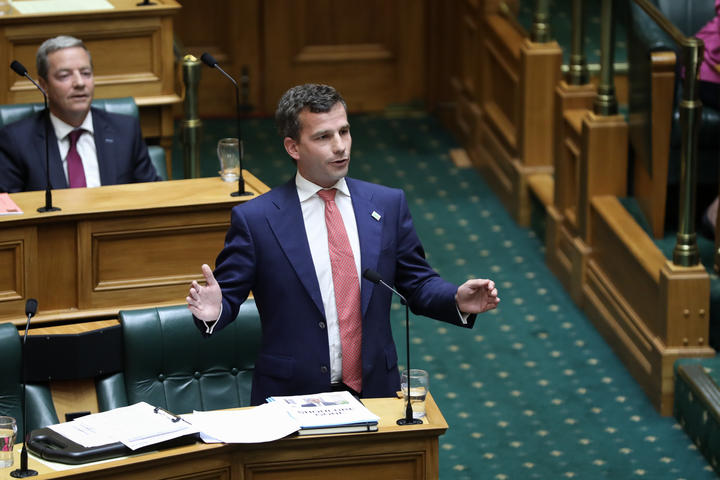 As a tiny party David Seymour gets a shorter speaking time in this kind of debate. The pitch at his stall was against the current government’s new laws and regulations. He particularly argued against the plans to intervene in the petrol market, bans on plastic shopping bags and new gun regulations. Labour he said were engaged in 'class warfare' against landlords and employers.

The debate on the Prime Ministers statement will happen in bursts for the next couple of weeks, eventually clocking up 13 hours of debate time. Long enough that many of Parliament's 120 MPs will get a chance for a personal five or ten minutes of tirade or accolade, philippic or homage, jeremiad or rave along the way.

At the end we will discover whether or not Parliament will confirm the continued existence of the current government. But don’t hold your breath, the outcome is not likely to be a show stopper.