It's Wednesday in the House, and every Wednesday after Question Time the Speaker intones... "Would some honourable member care to move that the House take note of general business?"

So, according to a roster a senior MP stands and replies "I so move" and the fight is on. 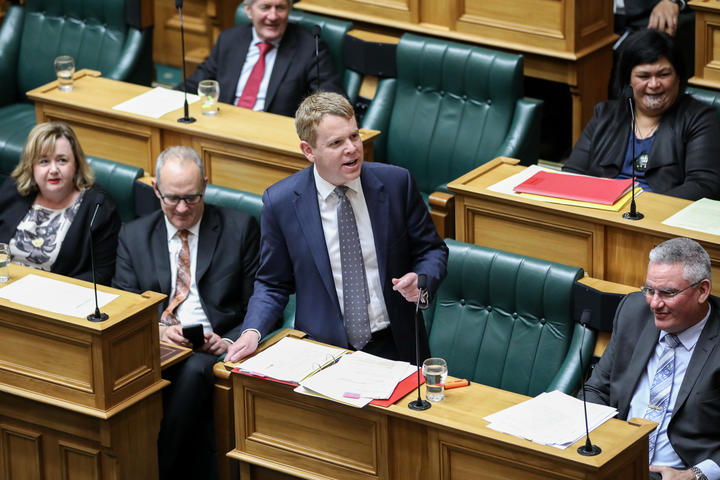 "Mr Speaker I so move" says Leader of the House, Chris Hipkins, and launches into his speech.

"New Zealand is booming. Unemployment down to 3.9 percent. We have strong wage growth of almost 4½ percent a year. The minimum wage is up to $17.70, but that news just keeps getting better..."

The General Debate is Parliament's version of a no-holds barred, debate-mania. The rules are relaxed and the topic is open slather. It can be quite entertaining.  Labour Whip Kiri Allen has ventured a te reo description could be Tau Patupatu Whanui (or something like 'all-in beating'). The formal term is the more transliterative tau tohetohe whanui. 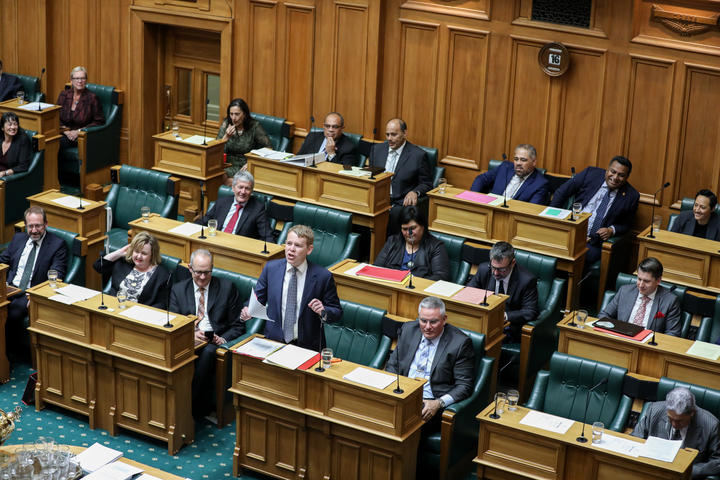 Chris Hipkins General Debate wideFor MPs who enjoy the debating stage the general debate is the main meal. Unlike every other debate they are freed from talking specifically about the topic at hand. Jokes and jibes are allowed. Criticism of your opponents is apparently mandatory.

And if, like Chris Hipkins, they are senior and so on their feet early in the debate they have a good audience.

Of  course that also means that for every supportive MP laughing at your slap-downs and punchlines there is also an opposition MP offering their own statistics and trying to throw you off with sheer volume. But that is apparently half the fun. 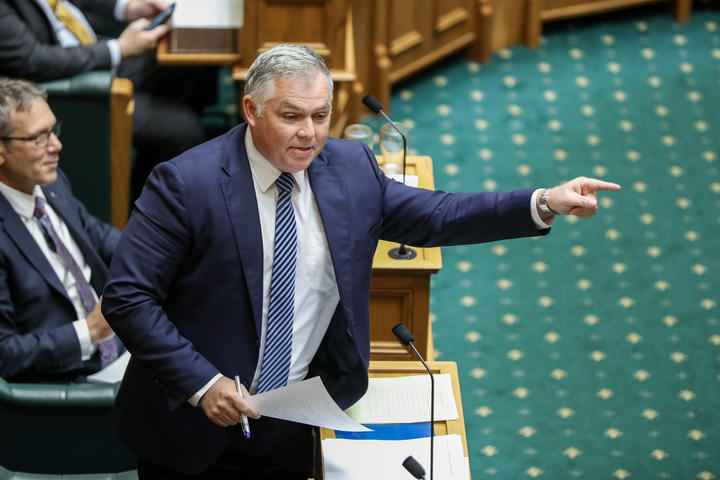 Like all debates the general debate is more or less a tit-for-tat event, so the next speaker is from the other side of the chamber. In this case it is National MP Mark Mitchell.

"I had high aspirations for that speech today. One of the senior members of the Labour Party... and he started to speak about what the Government's doing. I thought, "Gee, he's doing well. We're actually going to hear a speech from a Labour Party member in a general debate with them talking about what they're delivering." But, you know what? He got to 1 minute and 37 seconds. He could do 1 minute and 37 seconds, and then he started talking about us."

It is traditional for all speeches (in any contentious debate) to begin with a slap-down of the argument or effort of the previous speaker. The quality of that introduction is a mark of the better extemporizing debaters.

Another common feature of the general debate is higher level of gesture. Especially pointing. 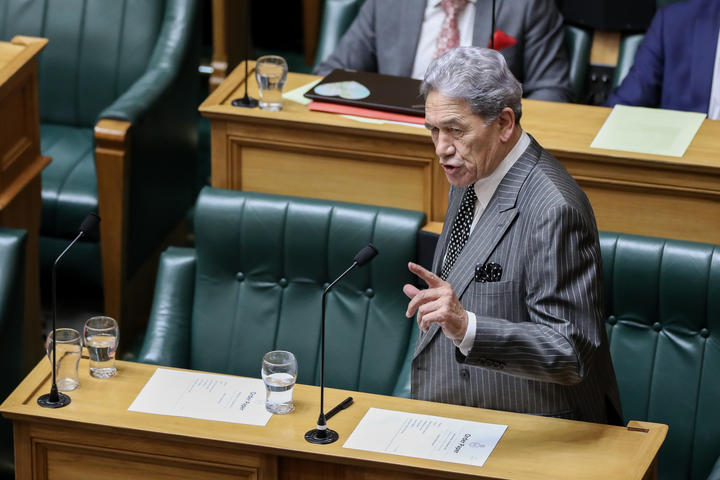 And among the pointers on this occasion is the Deputy Prime Minister Winston Peters, who is always expressive on his feet.

"This is "Thank you, cleaner" day and this is going to be a clean-up speech," he announces before launching into his speech. His focus today is on former Prime Minister and now banker John Key. 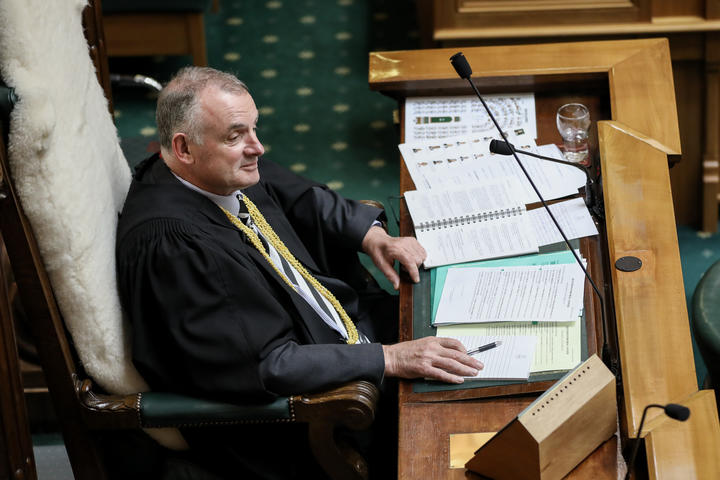 The Speaker presides over the House every Question Time and for the General Debate, then lets his deputy and assistants take over for much of the rest of House business.

After an hour of close listening through Question Time the Speaker is able to relax a little for the general debate. He avoids interrupting a speech until the sixth speaker begins by accusing the previous speaker of misleading the House - a big no-no.

The Speaker's role includes maintaining order, acting as the champion of Parliament in its ascendancy over government, upholding its rules and dignity, and preventing MPs from knowingly ignoring the rules to their own advantage. 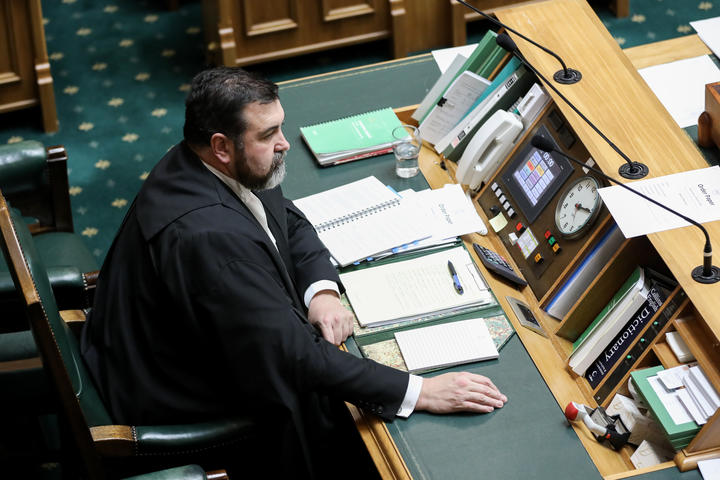 Assisting the Speaker in his duties is Parliament's secretariat, the clerks. Their boss is the Clerk of the House of Representatives, David Wilson. Here he sits at The Table in the middle of the chamber, keeping an eye on proceedings and ready to offer advice as required.

The Clerk looks after Question Time and the General Debate before allowing his deputies to step in and look after the rest of business.

David Wilson is one of the two 'chief executives' who work together to run the institutions of parliament. The other is the head of the Parliamentary Service. Both of them report to the Speaker who is parliament's 'Chairman of the Board'. 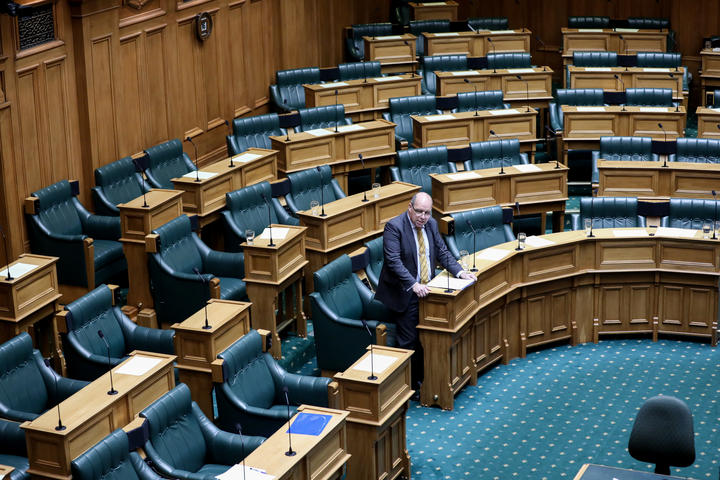 MPs tend to stay in the chamber for the first speeches of the general debate which are usually from higher ranking MPs. But as the debate continues the chamber gradually empties out and MPs return to their offices to get on with other work.

As a result the noise level drops and those debating are gradually bouyed less by acclaim, but also troubled less by barracking. The more junior MPs who contribute later in the hour-long debate aren't alone in the chamber, but it may sometimes feel like it.

Brett Hudson's isolation is unusual. Parties usually shuffle one or two colleagues to sit beside or behind the current speaker to offer visual support on the TV feed of Parliament.  That proximity also means that the live microphone will more likely capture any supportive noises from those colleagues.  These roving support MPs have been called the "designated nodders". 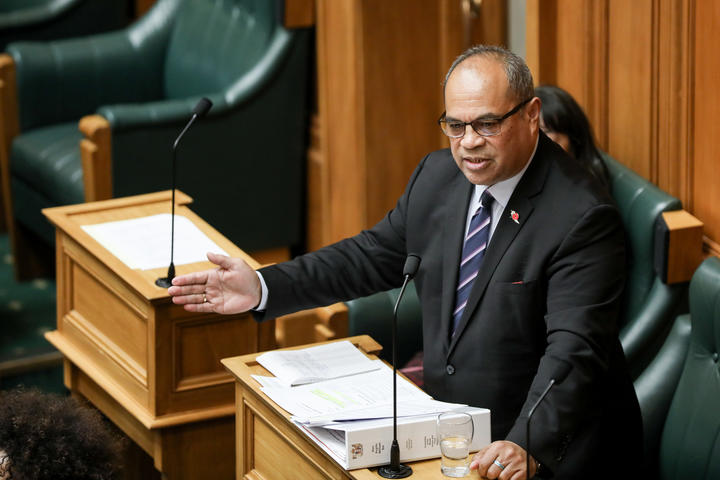 Labour MP Aupito William Sio is among a few current MPs with a background as a religious leader, one of various careers that might offer MPs useful experience in public speaking. In his case he was a Bishop in the Mormon church.

Parliament has a few former clerics. David Clark (currently Minister of Health) was once a Presbyterian Minister. Simon O'Connor (National MP and chair of the Foreign Affairs Select Committee) trained for the Catholic Priesthood, and Labour's Jamie Strange is also a former minister.

Parliament also has a solid array of barristers, broadcasters, and teachers among its professional communicators. 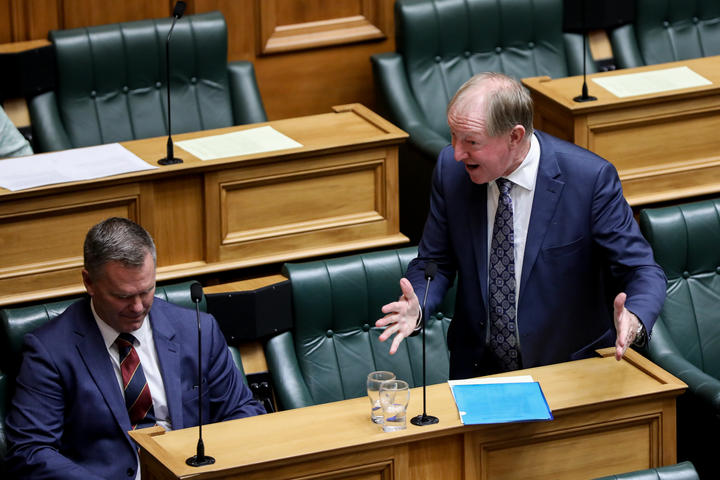 National Party MP Nick Smith is well down the list of speakers but not lacking in energy.  He has designated nodders to offer him visual support and is delivering his speech to them as much as to anyone.

He ends his philippic with a summary of some of his main points.

"This is a Government, two years in, that is in a shambles. Both presidents of both parties have resigned in the last month—an extraordinary series of events. No wonder they are in trouble in the polls. This has turned into a year of non-delivery, of which New Zealanders are sick of the talk, actually want some action, and they're not delivering." 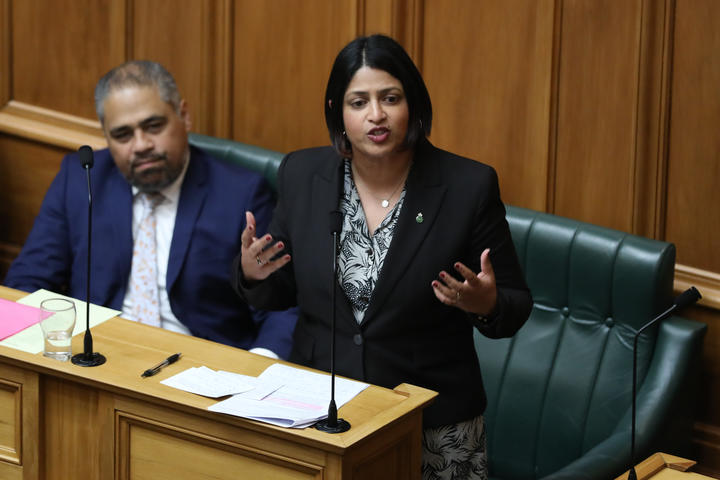 And as is traditional the next speaker, Priyanca Radhakrishnan, begins her speech by picking up that grenade and return-punting it to the opposition.

"Thank you, Mr Speaker, and as we celebrate Niuean Language Week this week, fakalofa lahi atu. Oh, my Lord, how much doom and gloom have we had to sit through from members opposite, who have had no plan and just negativity? The current Opposition just barks at every car and mocks everything that this Government does. It is pitiful."

Among the many attributes required by MPs are thick skin, a love of debate, and a competitive spirit.

This Photo Essay follows on from another photo essay focusing on Wednesday's Question Time "Does She Stand?" Scenes from a Question Time.