All care and no control: Responsibility lite

Question Time was boisterous this week. Rambunctious even. With the Prime Minister away Winston Peters was potentially the man in the hot seat but the only opposition question he was asked all week was from ACT leader David Seymour.

The main thrust of opposition attacks this week was around the report that a child sex offender (the partner of a member of the Survivor Advisory Panel created by the Royal Commission of Inquiry into Abuse in State Care), had been present for parts of some meetings.

The Minister responsible for the Royal Commission is New Zealand First MP Tracey Martin. The opposition wanted to know why hadn't she prevented this and what was she going to do about it. 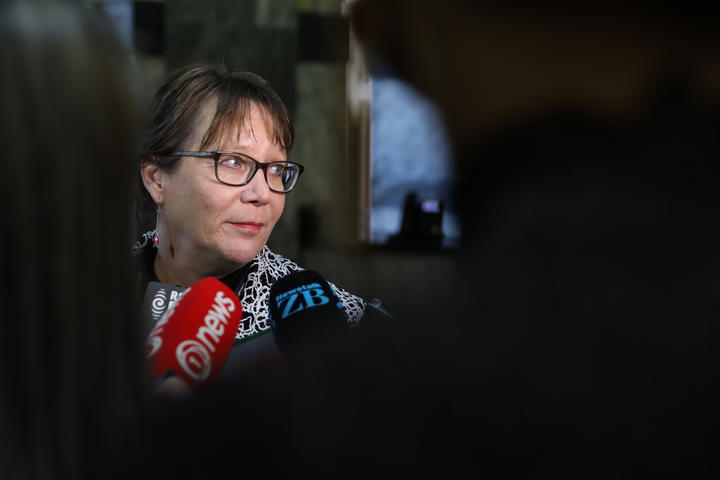 The minister had some difficulty answering these questions because her responsibility is only skin deep. Which left her repeating herself a lot. Not every ministerial responsibility is created equal; some are deep, some are pretty thin.

To explain, cabinet ministers are responsible for various ministries, companies, entities and organisations; the things listed in their ministerial warrants (documents from the Governor General delegating powers over certain areas of government).

But depending on what those warrants cover ministers sometimes have are 'all responsibility, no control'. Only sometimes though. The ministers have deep control over their fiefdoms.

But some have a say on policy but not over "operational matters".

They get to decide policy, but the show is run by someone else. For example Radio New Zealand has a minister who can set the broadest parameters of intent, but has no ability to meddle in the actual running of the company - what goes on air for example. That must be pretty frustrating sometimes.

But, as the Speaker pointed out this week, having almost no control doesn’t get a minister off answering questions.

"There is a requirement on the Minister to answer and take responsibility in the House. That does meant that she has responsibility for what happens as part of the administration of an independent Royal Commission."

The speaker pointed out that the independence of a Royal Commission is similar to that of the courts. The Minister for Courts has to answer questions about them but can't get involved with how they conduct trials. Police is another similar delegation. It would be troubling if the Minister for Police could tell them what to investigate and how.

That is an effective constitutional arrangement but it also makes for a pretty frustrating Question Time sometimes.