A nip here, a tuck there: why edit law?

As bills progress through Parliament hoping to become real grown-up law MPs suggest changes. Many edits are suggested by MPs, with nearly as many motivations and purposes behind them. 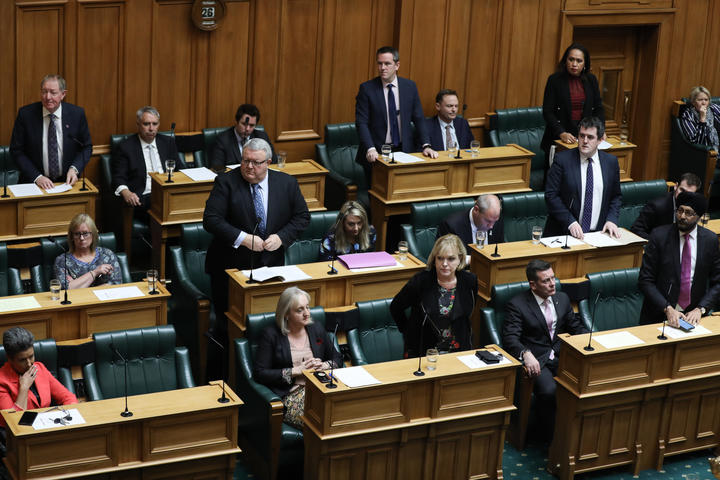 Numerous MPs rise for the call (ask to speak next) during the End of Life Choice Bill second reading. Photo: VNP / Phil Smith

MPs only get two chances to suggest amendments. The first is when a Select Committee considers a bill, and recommends changes as a result of their hearings. These can be accepted en masse at the second reading.

Individual MPs get to put their oar in during the Committee of the Whole House stage that happens next, when they sometimes suggest hundreds of amendments, which at this stage are called Supplementary Order Papers (SOPs). 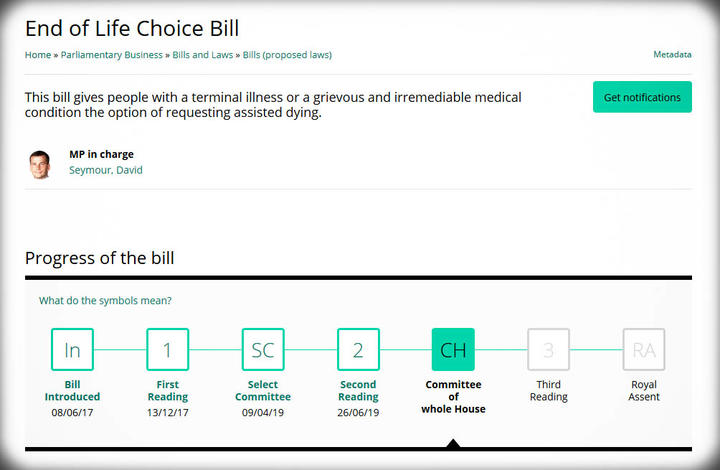 A screenshop of the End of Life Choice Bills progress which is tracked on Parliament's website. Photo: NZ Parliament

Sometimes the SOPs are submitted in advance and sometimes they are scrawled on a piece of paper and ‘tabled’ during the debate. These impromptu ones are called ‘tabled amendments’ but MPs usually refer to all proposed amendments as SOPs.

What are all these amendments for?

The House browsed the many amendments offered so far on the End of Life Choice Bill for examples of the various reasons for them; some are obvious, some less obvious. There appear to be four broad categories of purpose: utility, support, time wasting, and politics. 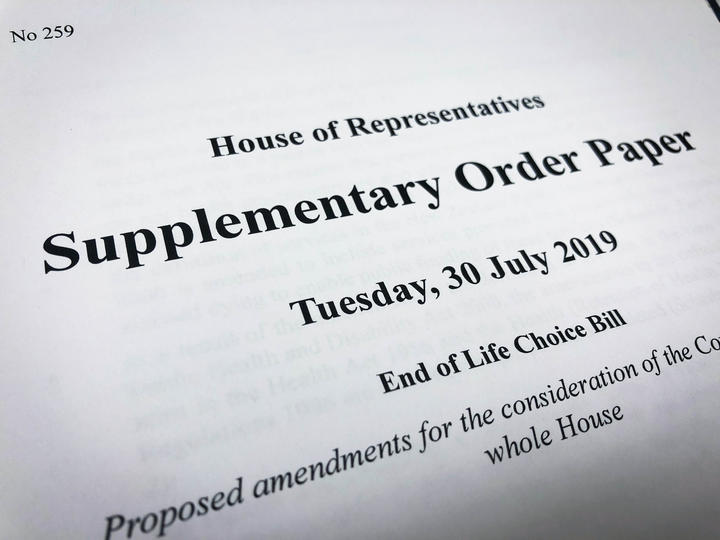 It’s often not until legislation is well underway that someone spots something amiss. It might be poor wording, clumsy structure, an inconsistency with other legislation, or an aspect might be deemed impractical in the real world. The committee stage is the last chance to fix errors.

The Select Committee considering the End of Life Choice Bill (EOLCB) limited itself to such technical fixes saying that on a conscience issue it would only “ensure that the bill was a coherent and workable piece of legislation.”

They still suggested quite a few edits (mostly fiddly things like changing “his or her” to “their”), and left much to be adjusted at the committee stage that would usually be amended earlier.

Many bills take months or years to  reach law, during which time the government can change. Bill’s already in the pipeline are sometimes repurposed with substantial amendments to fit a new Government’s policies. It saves time.

A recent example is the Social Security Rewrite Bill which was introduced by the National-led government in 2016 and then picked up and repurposed by the Labour-led government in 2018. It had already been to Select Committee and was substantially rewritten during the committee stage (saving at least six months of consideration time).

Changes are sometimes made to bills by their own sponsor to gain voting support from other parties, or in the case of conscience issues from individual MPs. For example David Seymour suggested many amendments to his own bill, including some to restrict who could request help in dying. He did this partly to ameliorate MP’s concerns, and make his bill more likely to pass.

The opposite of a concession, a political bomb thrown into the mix. This might be a sensible sounding amendment that would lose the bill support from MPs or a party.

Such an SOP may be crafted to put governing parties in a catch 22: needing to choose between causing damage to the bill, or damage to the party. Voting against an amendment might make it look like the government is neglecting or ignoring a particular lobby group or constituency.

Let’s give them something to talk about

Many SOPs are only suggested to prolong the potentially endless committee stage through what is called filibustering (wasting time within the allowed rules). This stage continues until MPs run out of fresh ideas to debate. SOPs provide fuel for the debate to continue.

Amendments with genuine and complex suggestions are more useful for generating debate and using up time, but most SOPs are pretty simple. One clue that amendments are for this purpose is multiple similar SOPs that suggest small amendments like proposing alternative bill titles, or SOPs that desire to ‘correct’ non-existent mistakes in wording. Any of the SOPs on the EOLCB share this as at least a secondary outcome.

...And every SOP needs to be voted on as well, which also takes up time. This is especially true for conscience bills where each vote requires a ‘division’ and count of MPs which will take as much as 10 minutes. So, more filibustering. Any of the SOPs on the EOLCB share this as at least a secondary outcome.

Some amendments are put forward to look good (though doomed to failure). They often carry a message to a lobby group or constituency. Something like ‘I’m your champion, I’m fighting for you’, or ‘My party is very sensible/caring/forward looking etc’.

Some SOPs appear to be an attempt at creative destruction, a time-honored political tactic. These are usually amendments that sound sensible but which might make the resulting legislation inefficient or even unworkable. The approaches to this tactic are varied and creative.

For example, some SOPs on the EOLCB sought to preclude medical professionals who have “been the subject of a written complaint to any relevant professional body…”. This may sound sensible but would enable the easy elimination of a medical workforce simply by complaining about them - because the SOP didn’t limit the ban to successful complaints.

Another SOP (302)  proposed a sensible sounding review body that would thoroughly investigate all requests for suicide assistance. The SOP suggested investigations thorough enough that those eligible would often die naturally before a request was approved.

And an SOP (217) suggested banning the ‘advertising’ of assisted dying. The details made it clear that this would even include having a sign outside a clinic that said what it offered. Nothing at all (words, pictures or sound) would be allowed that would “notify the availability of assisted dying.” By my reading it would even outlaw portraying an end of life choice clinic in a TV drama.

Play up and play the game!

The vast majority of SOPs offered during a committee stage are doomed to failure. The MPs offering them are aware of that, but gaining agreement is not the only measure of success in the House. Simply making a bill's sponsor work hard is part of the opposition's job, and MPs find some satisfaction in forcing that effort.

When a bill is controversial or strongly contested its opponents take the filibuster very seriously, using multiple SOPs to help stretch the time and effort required to pass it, as far as they possibly can.

Sometimes they manage to achieve that, express strong opinions, and get creative with clever SOPs all at the same time.