Big tobacco and the new generation at Parliament

The Health Select Committee has been hearing submissions on a law that would ban smoking in cars containing children, but submitters on the Bill this week have been taking the conversation into other territory.

Submissions largely agreed with the intent of the Bill, but many wanted it brought in faster and had ideas about appropriate penalties.

Appearing for Imperial Tobacco, Kirsten Daggar-Nickson desired that vaping in cars remain legal, but public health advisor Shane Bradbrook argued that vaping was still harmful and needed to be included, as should cannabis if it was legalised.

But the conversation was often not about cars but vaping, target markets, and young users. 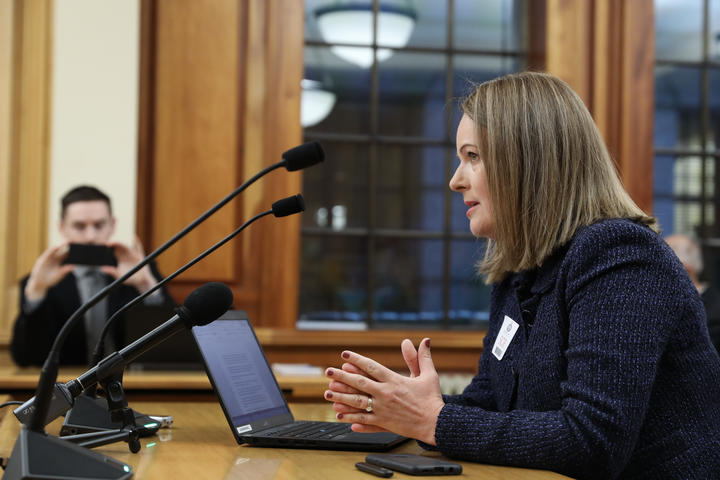 Kirsten Daggar-Nickson from Imperial Tobacco told MPs that the company was aiming to "increasingly transition smokers” to their vaping product, Blu.

"There is a sunset date on tobacco, and we’d like to move smokers in a sustainable way to what we call our second growth engine [vaping], ...and as quickly as possible.”

‘How soon?’ MPs wanted to know.

“We are committed to moving smokers over to these products in a sustainable way, but as quickly as we can make it happen."

Sustainable was a common modifier and in response to questions Daggar-Nickson made it clear that a sustainable move meant "remain profitable while doing so."

Michael Woodhouse saw a problem with that strategic claim. He said that on Imperial Tobacco’s parent company website, under strategy the first objective for achieving "Long Term Growth" was "Tobacco Maximisation".

"We're certainly not indicating that we'll be moving away from tobacco in anything other than a sustainable way," said Kirsten Daggar-Nickson. But she re-emphasised what she said was the company strategy.

She went further and claimed that Imperial Tobacco’s vaping products were “for people who had tried absolutely everything, and cannot quit.” 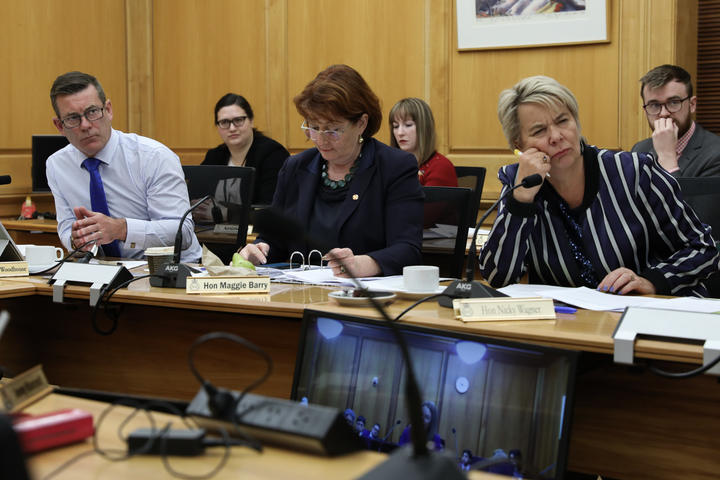 "So when people my age die, your company ends is that what you're saying? Is that your strategy?... Surely when every living person dies who currently ingests either tobacco or Blu, if you are effective in actively discouraging new users to your company ends. that's the logical conclusion."

Daggar-Nickson didn't agree. “Well, not if we’ve transitioned them to next generation products.”

Labour MP and committee chair Louisa Wall finished the questioning of Daggar-Nickson with a radical suggestion.

“The line of questioning and your responses have now led me to conclude… that your product, ...should it be on prescription only?”

“If it is about providing a tool to help people to give up smoking the only logical way for that to occur is for it not to be on the open market for anyone to purchase as they like, but it should be a prescription only device, that therefore the health system would mediate.”

Daggar-Nickson argued that limited availability would only push people back towards smoking. 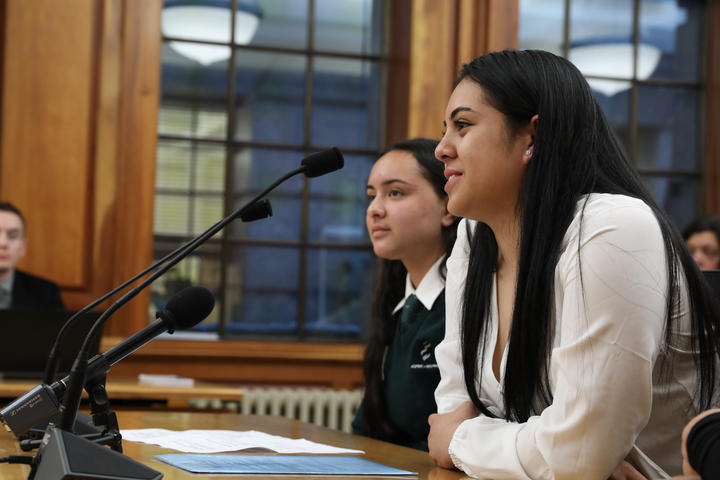 Among the other people giving submissions were a number of young students from community health action groups. Their evidence suggested that if there is a strategy to prevent young people from smoking or vaping it’s not working.

Two Wellington students, Tamara Manu (VUW) and Trenell Leota (Wainuiomata High) were submitting on behalf of the group #TAG. They reported that a fellow student Robin had run a survey of their school.

“We found that 20% of our school’s students were casual smokers, 60% of students were  casual vapers, and almost everyone who smokes, vapes."

The numbers caused MPs on the Health committee to literally gasp.

The students also reported that they observed a clear progression from vaping to smoking among new users. They said that the look and smell of vape smoke, vaping equipment, and shops are all presented in a way that is particularly attractive to youth.

They wanted changes to advertising, products and their retailers to make them less attractive.