The battle of two Julie Annes: MPs' roles and the public interest

The war of Parliament’s Question Time is measured out in daily skirmishes. A proxy campaign fought by a handful of combatants. The choice of weapons make little sense without understanding Parliament’s rules of war, as the battle is frequently over rules, rather than policy.

There has been a duel slowly unfolding over the last two weeks over a single letter sent by the Green Party MP Julie Anne Genter to the Labour Party MP Phil Twyford. She is the Associate Minister, he is the Minister of Transport. 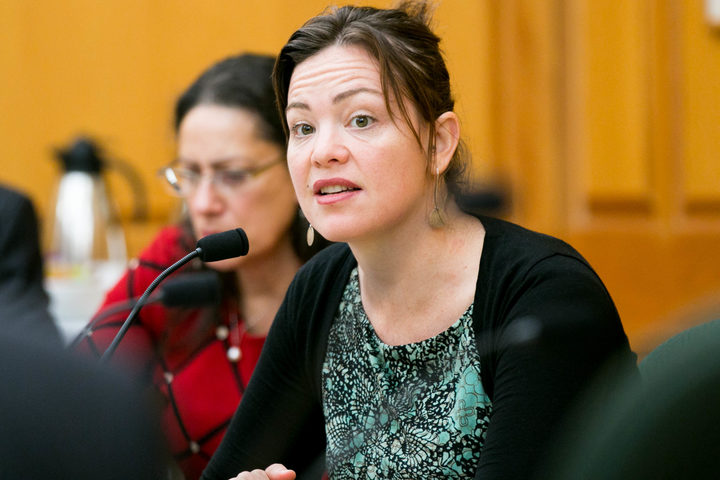 The letter apparently contains Green Party opinions expressed by Genter to Twyford on a Wellington City transport plan; opinions which may have influenced the shape of the plan that was agreed to.

But the details of the letter are unknown and have not been the main fight so far. The fight has been over whether the letter should be public.

Here at The House we're less focused on the political outcomes of a fight and more focused on how Parliament enables the contest. We try to explain the punches, but not judge the winner.

In this case the fight takes a bit of explaining.

Who sent the letter that you sent?

Oddly, despite knowing a letter was sent, by who and to whom, the first important question to settle in Parliament was ‘who sent the letter’.

“I can confirm I sent the letter” revealed Julie Anne Genter in Question Time, to no surprise at all.

However that didn’t clarify much because she also confirmed that “I am the Associate Minister of Transport” and “I am the Green Party Spokesperson on Transport.”

One Julie Anne is responsible to Parliament and one Julie Anne is not. Ministers have to answer to the House for the things covered by their Ministerial responsibility; but not for their jobs as party MPs.

Most Ministers own a number hats. They are a minister, a party MP, a constituent or list MP, maybe a party leader or deputy, a spokesperson, a human being, and so on. Parliament only gets to ask questions about the ministerial bit.

Transport is Ms Genter’s focus whichever hat (MP or Ministerial) she is wearing, so which hat is on at any moment isn’t always obvious.

That complexity was the focus of the first couple of rounds of sparring. Who wrote the letter: a minister or an MP? 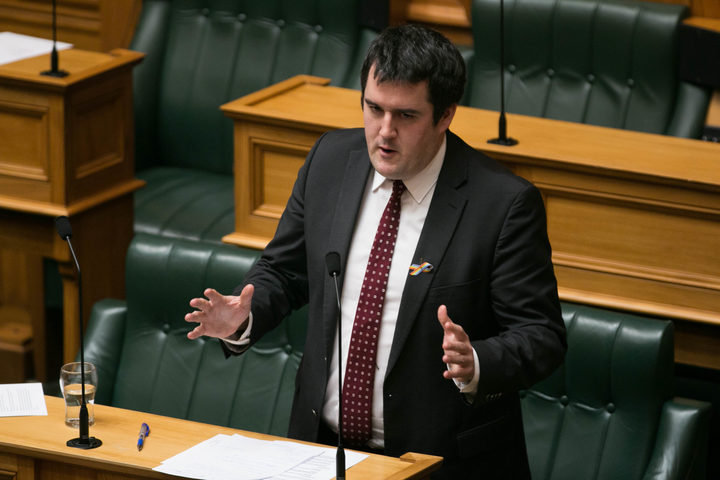 Chris Bishop is the National Party’s transport spokesperson and has led the dance in this sparring match.

Via his questioning Julie Anne Genter has confirmed that she signed the missive as Associate Minister of Transport and sent it on Ministerial Letterhead (it was the only letterhead she had, she explained - something she intended to remedy).

Regardless of those details Ms Genter insisted that the letter was written from a Green Party perspective, outlining Green Party opinions and therefore as an MP and not an Associate Minister.

Both Ms Genter and her boss (Minister Twyford) lent on a ruling from the Ombudsman, related to Official Information requests, that argued that political parties in a coalition need to be able to freely communicate opinions without fear of them being revealed.

The Speaker Trevor Mallard pointed out that Parliament has stronger rules and higher expectations than the OIA for answering questions.

Did any staff help put your hat on?

Chris Bishop tried another tactic to show the letters were ministerial in nature. He wanted to know who had helped her?

In this case did anyone help Ms Genter write the letter? And who provided the advice she referred to?

Ministers have two different kinds of staff in their offices, with an actual wall between them. Some of them are subject matter experts seconded from ministries or departments. They help the Minister to liaise with their ministries, to understand issues, and to develop policy and legislation. They are not allowed to get involved in ‘politics’.

The others are political staff.  They are hired under different contracts by a separate organisation and referred to as ‘political staff’. They are allowed to get involved in the political aspects of government and Parliament.

If a minister writes a letter with help from her political staff that doesn’t show much. She might have done that with any of her multiple hats on. But, if the non-political seconded staff help out, then it is something definitely done in her role as minister.

In this case Ms Genter was able to confirm that she wrote the letter herself and only political staff were involved in proffering advice.

Consistent with the public interest

Ultimately over the last two weeks Chris Bishop has been arguing that this kind of correspondence between ministers should be available for Parliamentary oversight.

Julie Ann Genter and Phil Twyford have been arguing that the parties sharing government should be able to have confidential and robust discussions amongst themselves as parties and MPs, separate from their roles as ministers.

That revealing intra-party discussion and negotiation is not consistent with the public interest because it would have a chilling effect on their ability to speak frankly.

Parliament’s rules say that Ministers have to answer questions so far as they can do so “consistent with the public interest”.

The 'public interest' is not the same as 'something the public is interested in'. It means the best thing to do given what is best for the public good. It's a hard thing to judge.

And the rules make it clear that the only person that can determine whether answering is in the public interest is the Minister. They, after all, have all of the information needed to make the call.

The Leader of the House, Chris Hipkins added a twist to all of this. Parliament has something that might be called an honour code, an old fashioned ‘gentlemen should be taken at their word’ understanding.

A lot of Parliament’s rules rely on this code.

He noted that as Minister of Education he frequently has conversations with his Associate Minister Tracey Martin (who is a New Zealand First MP), but he does not preface those conversations by saying, ‘I am speaking to you now as the Labour Party spokesperson on education’; or ‘this next bit is with my ministerial hat on’.

He argued that the role being taken was sometimes inherent in the subject matter and the House had to take a minister on their word about which role they were undertaking when they said something.

Whether the letter was written as a party MP or as a Minister, ultimately it is Julie Anne Genter's decision whether she answers questions on the letter. The minister gets to decide whether doing so is in the public interest, and she has already said doing so is not.

But regardless of that, a number of ministers are likely to be ordering extra non-ministerial letterhead stationery and double checking their signatures in future. Just for the avoidance of doubt.