The Annual Review Debate 2019 - signing off on financial performances

Every year Parliament examines Government spending to make sure the money was well spent.

Here’s how they’re doing that this week. 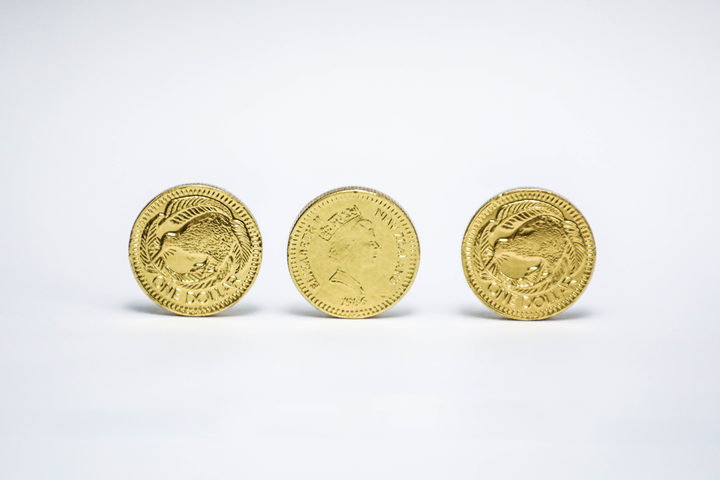 How much money we talking?

The rest of the money comes from levies, fees, investment income and from the sales of goods and services. More detail can be found on Treasury’s website.

Where was it spent?

Public money is distributed by the Government into areas like education, health, and justice, in the form of things like the NZQA Authority, district health boards, and the police.

The three largest areas of total Crown expenditure for the 2016/17 financial year were:

What’s Parliament got to do with it? 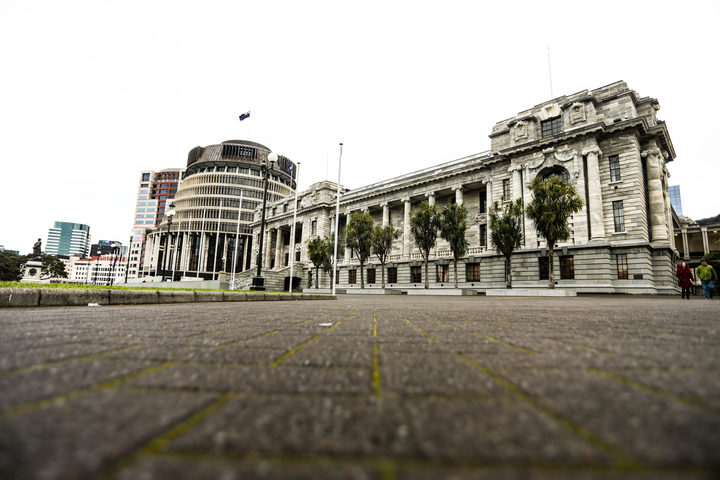 The Beehive on the left is where Government hangs out. The rest of the building to the right is where most of the Parliament stuff happens and is where the debating chamber is. Photo: VNP / Daniela Maoate-Cox

The Government handles the day to day running of the country, doing things like deciding policy or proposing legislation. The other MPs who aren’t ministers (including MPs from Government parties) are in charge of making sure the Government don’t do anything crazy, stupid, irresponsible or all of the above.

The most familiar example of this work is a bill’s journey through the House which includes three debates, a select committee stage (public consultation) and a committee stage in which the parts of the bill are pulled apart and checked to make sure it’ll fulfill its promise.

The current check-up on the finances is also progressed as a bill but to keep things confusing it doesn’t follow the usual process.

The House’s vehicle to do a financial WOF test on the Government and its departments is called the Appropriation (2017/18 Confirmation and Validation) Bill.

Because it’s all to do with money, it’s in the name of the Minister of Finance Grant Robertson. 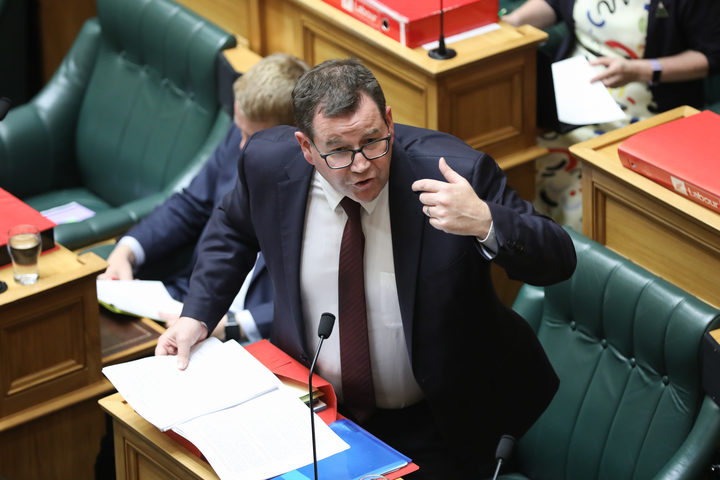 Keeping things consistent with sleep-inducing legal language is the summary of the Bill which outlines its purpose:

This bill confirms the Public Finance (Transfers Between Outputs) Order 2018, which was made under section 26A of the Act (clause 5).

In plain-er language, it’s signing off on spending from the last financial year.

This bill is introduced (which is normal) and then has its first reading and second reading without debate (not normal).

It also isn’t referred to a select committee after its first reading because the select committees have already spent months doing their bit, examining the financial reports of various entities like the New Zealand Police, the Ministry of Health, and Inland Revenue (called annual reviews).

Those reports are compiled into a couple of volumes and are used for the next stage in the House. 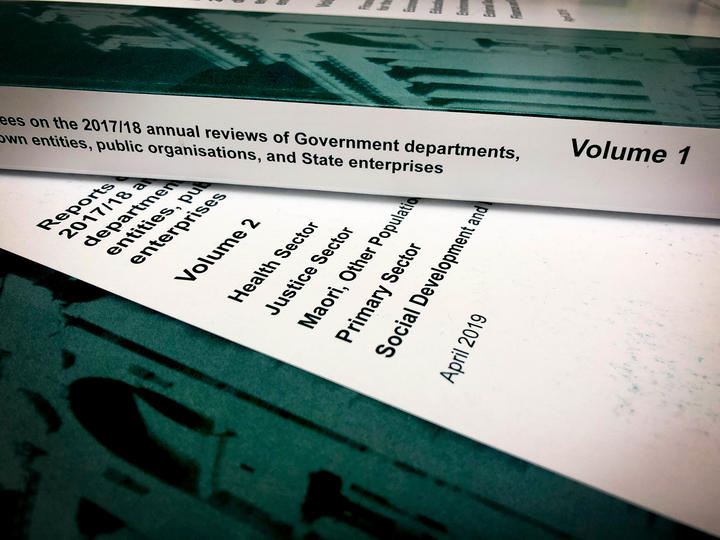 The committee stage of this bill is commonly called the Annual Review Debate and it’s the only debate on this bill in the House.

Its purpose is for MPs to debate the Government’s financial position and the previous year’s performance of departments, ministries, crown entities, agencies etc.

Opposition MPs will try to show the Government is doing poorly and how they'd do a better job, while governing party MPs may talk about how well they're doing despite past-government's actions.

It’s a ten-hour-long debate which is divided into the following sections:

The debate on each section is lead off by the chair of a relevant committee, with responsible Ministers allowed multiple speeches; other members can make two speeches per section with a five minute limit on each speech.

Speeches are referred to as ‘calls’ and are divvied up amongst the parties like this: National 51; Labour 42; NZ First 8; Green Party 7; ACT Party 1; Jamie-Lee Ross 1.

One question (to be voted on) is eventually put to the MPs on whether or not the ten hour chat over the last few days should be accepted.

The Speaker comes back to the House, the mace goes back on top of the table, and the chair of the Committee of the Whole House tells the Speaker they’re done talking about it and the Bill can go on to the next stage. 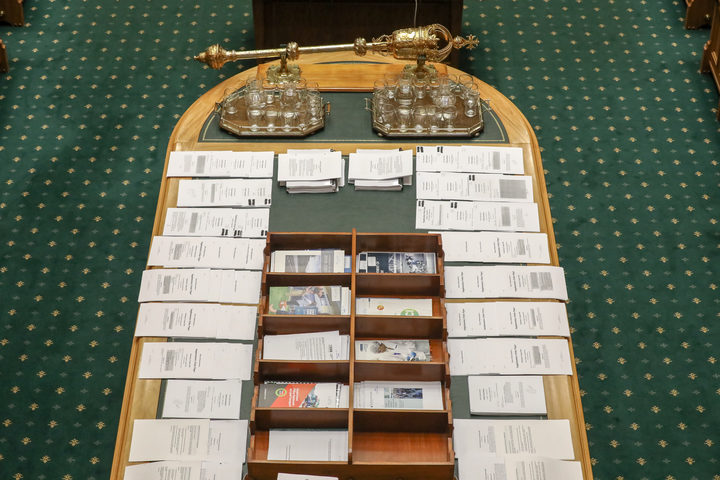 The mace on the table indicates the House is in session. It's put under the table when the Committee of the Whole House is underway (when the Speaker's Chair is also empty). Photo: VNP / Phil Smith

The last thing to do isn’t actually part of the Annual Review Debate but the bill does have to be read a third time before it can be sent to the Governor General for royal assent.

Like the other readings, this is also done without debate - and that’s it for money talk until the 2019 budget comes out on May 30.