Praying with 'strangers' in Parliament

In New Zealand’s Parliament, non-MPs on the floor of the debating chamber are known as strangers.

As the name implies they are not allowed there and are not welcome. Today, that was not the case.

The Speaker has invited a multi-faith group into the House to join him with prayers from a local Imam leading the session, followed by prayers from both Māori and Pākehā MPs. 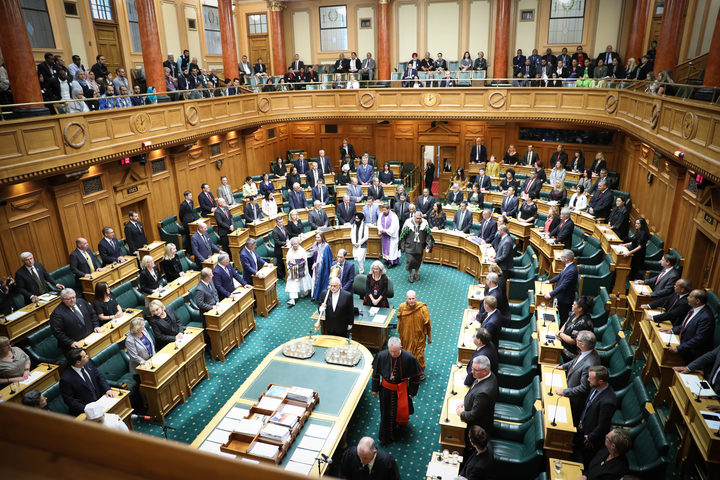 “I’ve asked a group of religious leaders to come into Parliament with me as a sign of unity and togetherness so our prayer period today will be slightly extended,” the Speaker Trevor Mallard said.

The move follows the terrorist attacks on two mosques in Christchurch last Friday in which 50 people were killed and 50 others injured.

Every sitting day in Parliament begins with a prayer. Traditionally this was an overtly Christian prayer but last year the Speaker altered it slightly to make it less faith-specific by removing references to Jesus Christ. The change drew protests with over 1000 Christians gathering at Parliament in October last year.

Traditionally the prayer was always read by the Speaker, but Trevor Mallard has over the last year invited various MPs from different ethnic backgrounds to read it in other languages.

Today is the first time since the early days of Parliament that prayer has been delivered in the House by someone other than an MP. 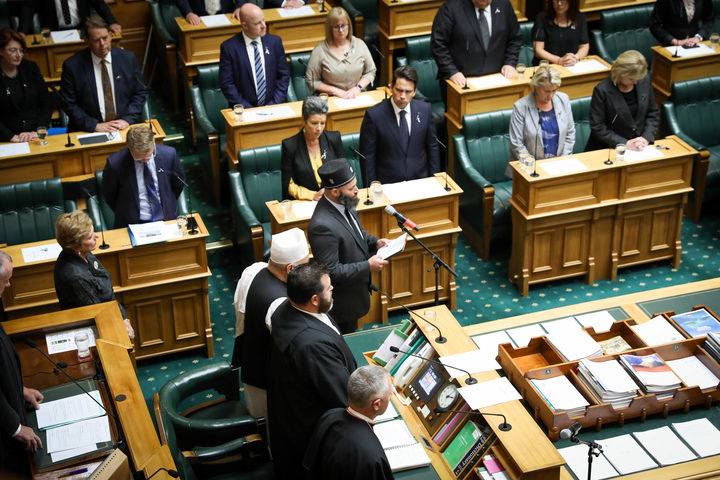 Local imam Nizam ul haq Thanvi delivered the prayer in Arabic which was then translated into English by Tahir Nawaz.

Tahir Nawaz said that the opening of the prayer are verses known as the verses of patience which provide comfort and reassurance.

“Ask for help with patience and prayers; verily God is with people who are patient. Do not call those who are killed in the way of God as dead, in fact they are alive but you don’t realise this,” he said.

The prayer also acknowledged the Prime Minister Jacinda Ardern and those who responded to the terror attack including medical staff, the police, religious groups and all New Zealanders who had offered help and support.

“Oh Lord, I ask you to help and bless them all and reward them accordingly.”

The verses then focussed on those who were affected by the attacks.

The prayer that usually starts Parliament was then delivered first in te reo Māori by Labour MP and Assistant Speaker Adrian Rurawhe and then in English by National MP and Deputy Speaker Anne Tolley.