Prepare for more long Tuesdays this week as the House plans to sit Wednesday morning.

Usually the House sits from 2pm on sitting days (Tues, Weds, Thurs on sitting weeks which are scheduled here) but if the Government feels they need more time to get things done it can extend one of the sitting days into the following morning.

They’re not kidding about the “extend” part either; the calendar marking Tuesday in the House won’t be flipped over till 2pm on Wednesday, so while the rest of the country starts Wednesday in the morning as usual, the House will still be stuck on Tuesday.

The legislation they’ll work through while they’re messing with calendars is decided by the Leader of the House,Chris Hipkins. 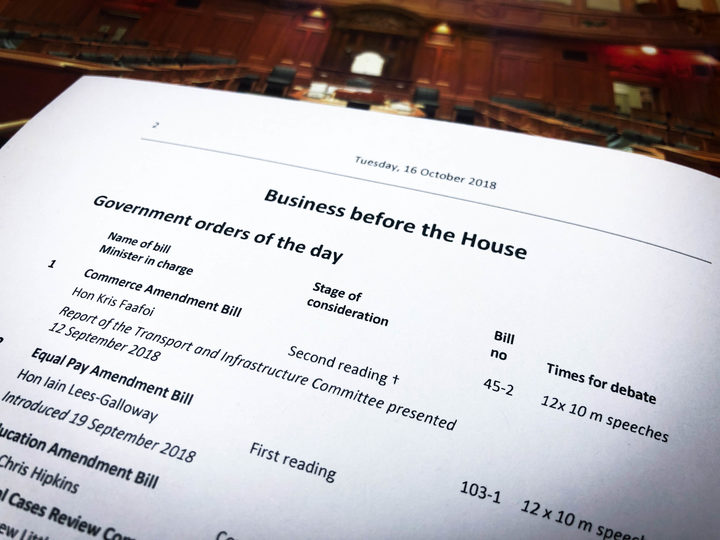 MPs are required to be at Parliament for scheduled sitting days, so called because MPs sit in those green leather chairs when they’re in the debating chamber. An agenda known as the Order Paper is published online each sitting day outlining what business the House plans to get through. But things change and time is limited so below is what they’ll try their best to do.

Taupatupatu Whānui - General Debate (every Wednesday after Question Time, at about 3pm).

Every alternate Wednesday in the House at about 4pm, time is devoted to bills by members who are not ministers (like opposition MPs and backbenchers). They’re called member’s bills and have slightly less time spent on their debates than other legislation.

Letting agents who help landlords find tenants charge a fee for their services but that fee is often passed on to the tenant to pay. The Bill aims to make sure that the costs of letting a property are paid for by the landlord because they are the ones who benefit from the service.