Plastic not so fantastic

Plastic in the ocean is not good but how do MPs figure out ways to solve the problem? They ask the experts.

Select Committees are small groups of MPs which look at petitions, bills, launch inquiries or request briefings and the Environment Committee has done just that getting briefings on the scale, impact, and sources of plastic pollution in New Zealand's coastal waters.

Speaking to the Committee, Stephen Harris from NGO Maui's Ark said people may not realise how serious the problem is.

"What washes up on our shores is really a small proportion of what's in the deeper ocean." he said.

"You've probably seen a bit of publicity about the 600m boom that's going to be towed out to try and grapple with the big soup of plastic called the Great Pacific Garbage Patch, well that's just one of five of these gyres around the world and this particular one is the size of New Zealand's land mass."

Mr Harris said Parliament could use its connections internationally to encourage cooperation across the Commonwealth countries.

"They could actually not only resolve some problems that some of these smaller island countries are grappling with but they could also send quite an important demonstration model around the world to other countries that are not in the Commonwealth about what they might be able to do." 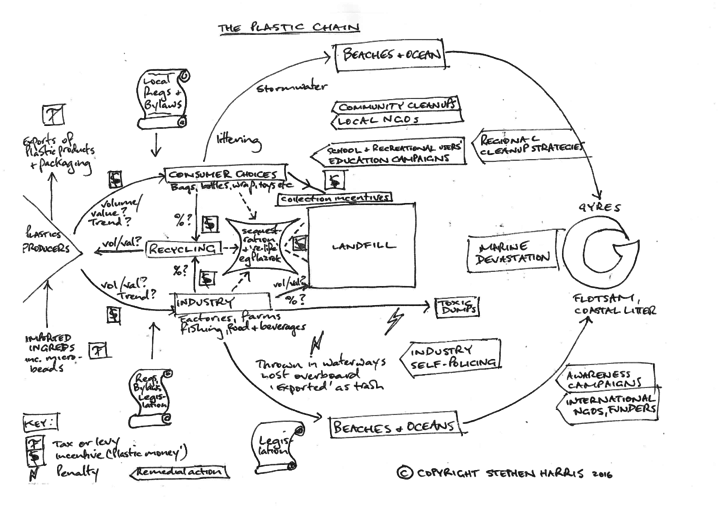 Part of the submission from the NGO Maui's Ark on plastics in New Zealand's coastal waters showing the ways plastic can end up in the ocean. Photo: Stephen Harris / Maui's Ark

Committees receive submissions in written form but some can indicate they'd like to present in person and it's up to the committee to take a submitter up on that offer.

Fisheries New Zealand's Mary Livingston also spoke to the committee and told it the main sources of marine plastic have not been yet quantified in New Zealand.

Around 15 minutes is usually given for submitters to speak generally about their written submission and also for MPs to ask questions. 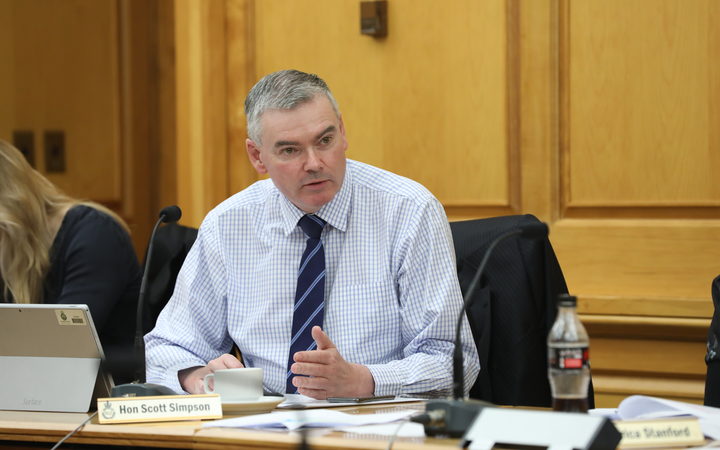 National MP Scott Simpson asked what Fisheries New Zealand is doing to reduce waste from recreational fishing on beaches like the one near his Coromandel home.

"Is the Ministry doing any work in that area to try and actually work with the sector to provide solutions that means the stuff isn't going to be a problem?" he said.

"We're not doing any specific work that I know of at the present, [I'd] be really happy to take that question back and check with colleagues...it may be possible, as I said we've got quite a confined mandate," said Dr Livingston.

Pictures of turtles and whales with plastic stuck around them have been shared over the internet highlighting the impact of plastic on marine life. 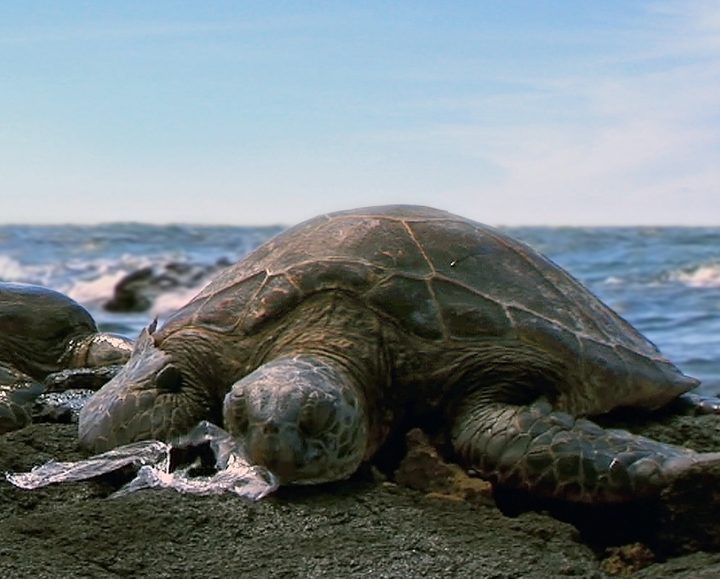 "These impacts include entanglement which can cause drowning, strangulation, increase incidents of disease or reduced mobility which in turn can reduce food capture ability or avoidance of predators," said Department of Conservation's Kath Blakemore.

On the seafood sector side the chair of Seafood New Zealand, Craig Ellison, told the committee it recognises plastic pollution is a problem.

"In the first instance we are complying with legal requirements not to discharge plastic at sea," he said.

"As you've heard earlier there [is] some, accidental loss, I think the industry response to that is to focus wherever possible on substitution and elimination."

Mr Ellison said the industry is "keen to do more than just what the law requires" and some companies are already doing this by phasing out poly-bins, introducing recycling schemes, recycling land-based plastics and introducing a cash-back scheme for packing.

The Environment Committee heard from some submitters in person for about an hour and also has more written submissions to consider (they can be found at the bottom of this page here) but they're not required to do anything with all this information.

Briefings don't usually have terms of reference and there's no requirement to write a report back to the House but committees can use briefings to decide whether an inquiry should be launched and that can lead to legislative change.

Find out more about select committees on the Parliament website.