Parliament’s to do list: Urgently tracking cattle and the end of Budget 2018

The government will move for the House to sit under urgency this week to put through a bill related to eradicating Mycoplasma bovis, a bacterial disease found in cattle.

The disease can cause mastitis which affects milking, ear infections in calves, lameness, or abortions. It does not affect humans.

In May, the government announced it would try to eradicate the cattle disease, ordering about 152,000 cows to be culled in a phased programme that is expected to take up to two years.

To help keep track of stock (and by proxy any diseased cattle) the National Animal Identification and Tracing Amendment Bill will be passed through the House under urgency, which means it can be put in to place more quickly than usual.

"We haven't really got time to mess around with this," said Leader of the House Chris Hikpins.

"Every day that ticks over where bovis could be spreading is a day that we're not succeeding in containing it."

Budget 2018 will have its final send-off from the House with its third reading set down for this week. Passing legislation on the budget takes several months. More details on that and the rest of the week below (Aug 14-16). 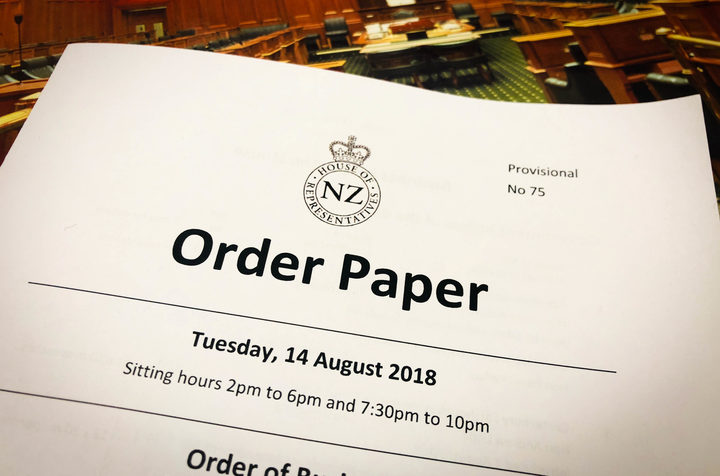 General Debate (every Wednesday after question time, about 3pm)

Show me the Moo-ey!  (Wednesday)