New Zealand isn't a nationalistic, flag-waving country. Many kiwis don't even like our flag, never mind the anthem.

But oddly, symbols of belonging matter more away from home. Young travellers still sometimes stitch a kiwi or flag on their backpacks (and not only so they're not confused with Americans).

We like to see our flag flown when, say the Prime Minister, is overseas. And even those indifferent to the colours are irked if someone uses the Australian one by mistake. 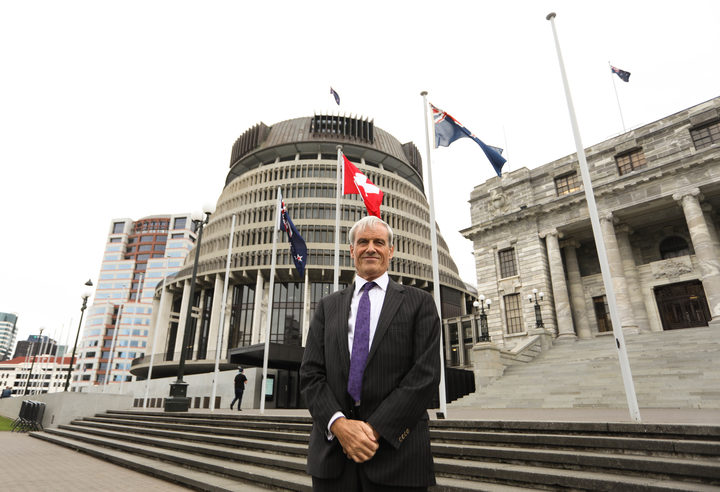 Visits and Ceremonial Office manager Tim McIvor stands outside Parliament. Behind him a Swiss flag is outflanked by New Zealand ones. The official Swiss flag is, unusually, square.  Photo: VNP / Daniela Maoate-Cox

When overseas delegations arrive here, they feel the same. They want to see their very own swathe of cloth fluttering gallantly on one of the row of flagpoles that front Parliament, (though whipping frantically is more common).

And because a surprising array of official visitors turn up, you need a good stock of emblems. Parliament satisfies that need in droves. In the Beehive is a small storage room filled with large filing cupboards, each one filled with flags.

There are flags for Burundi and Belgium, for Swaziland and Sweden, even the square flag of Vatican City (which resembles a tricolour that one hue abandoned), and the double pennon of Nepal. It's a vexillogist's dream. Just walking in is likely to have you humming national anthems (I recommend the French one if you want to soar).

So, if envoys turned up on short notice from Sudan, Andorra, or the Federated States of Micronesia there's cloth waiting to be raised in their honour. 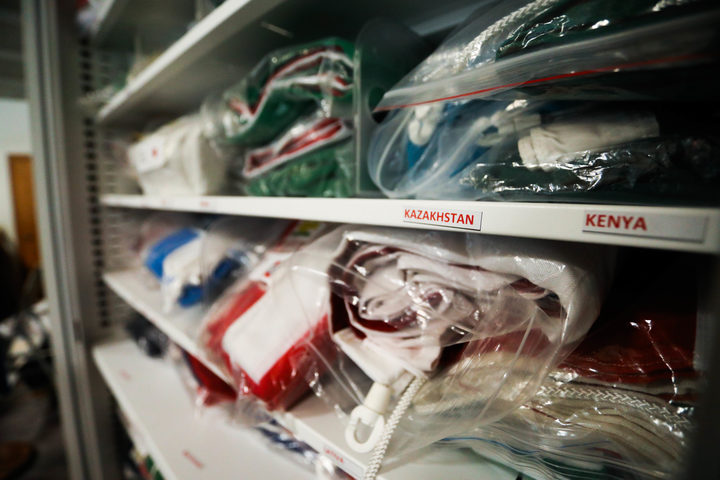 One of the flag store cupboards, alphabetically arranged unlike in the much messier globe.   Photo: VNP / Daniela Maoate-Cox

Tim McIvor is the manager of the Visits and Ceremonial Office at Internal Affairs. This store room is his. He says he's aware of one or two emblems that are yet missing, from newer countries, but there are very few gaps.

His office arranges many of the visits from foreign dignitaries and they know the importance of getting these things right.

There are so many flags in Tim's cupboards, all carefully folded, bagged, labelled and alphabetically arranged I wouldn't be surprised to find Equatorial Kundu, Arendelle, Wakanda, or Guilder amongst them. Extra points for placing them.

As well as cupboards of full sized flags, there are also dozens of poles and finials, table flags (for conferences) and car pennants (for ambassadors or visiting heads of state).

Tim McIvor notes that only one person at a time can fly a country's car flag - if the British Prime Minister turns up the High Commissioner can't also fly the Union Jack. The flag kind of turns a vehicle into a country's flagship.

The VCO also provides a service by lending flags to other agencies, and for a fee, will lend them to sporting groups (who need them for visiting teams). 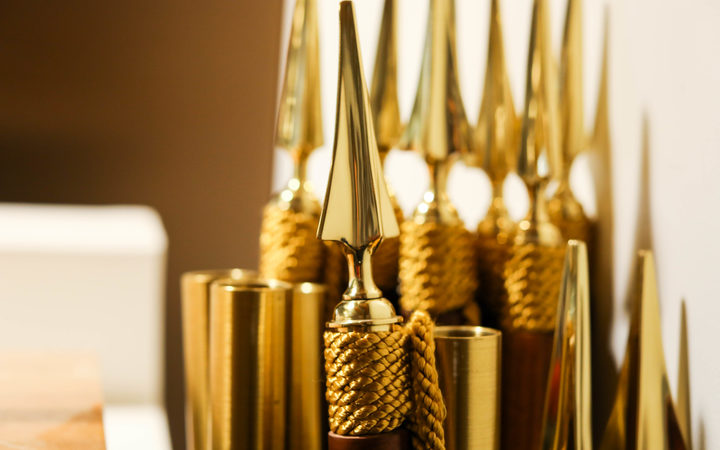 Flag Finials - they look good and were historically useful if you needed to 'stick them with the  pointy end' in a fight over your standard. Photo: VNP / Daniela Maoate-Cox

There is a team at Parliament called Messengers. They are, among many things, the internal postmen and women, a role which makes them quite possibly the only people who never get lost in Parliament's rabbit warren and can find anyone.

It is these hardy souls that brave the elements to ensure that the correct flags are raised and lowered, right way up and at the correct times. It's the sort of thing you have to get right, wars have been fought over less.