The Law Commission has been tasked with finding alternative legal frameworks that the Government could use to change abortion law. 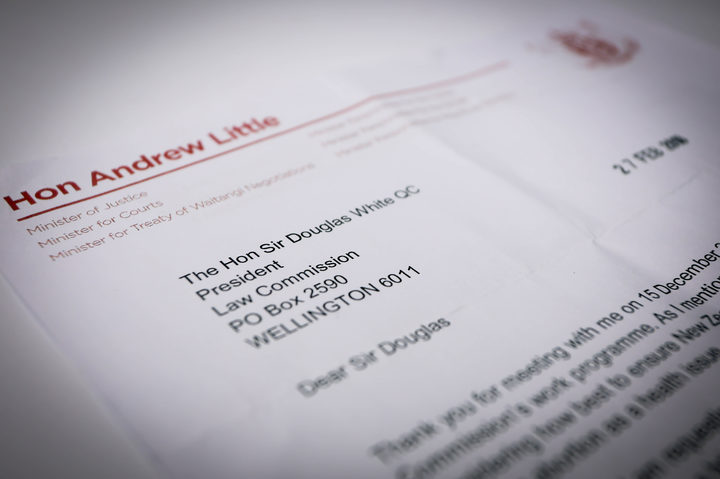 A letter from the Minister of Justice Andrew Little asking the Law Commission for advice on revising abortion law. Photo: VNP / Daniela Maoate-Cox

Earlier this year the Minister for Justice Andrew Little sent a letter to the Law Commission asking it to brief him with advice on the Government’s plan to shift abortion from a criminal issue to a health issue.

That essentially means the Minister of Justice refers projects to the Law Commission on various topics and the commission reports back.

Requirements for reviews can also be written into Acts like the Evidence Act 2006 which says a review should happen every five years. 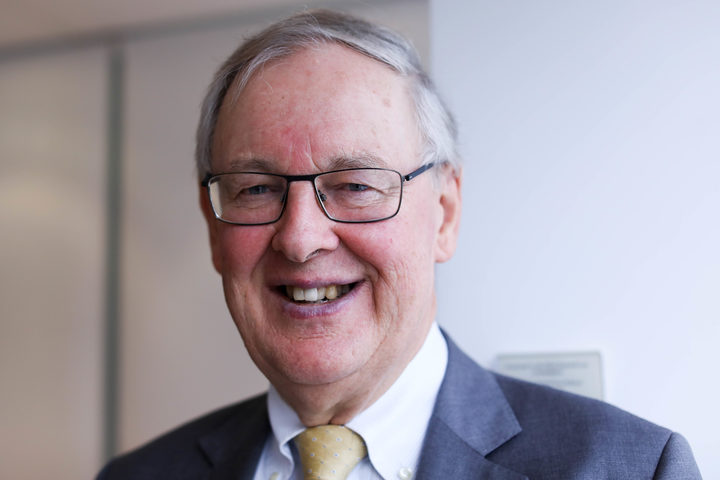 Sir Douglas said they have been given eight months to write a brief on changing abortion law for the Minister of Justice Andrew Little.

He said resourcing and existing projects means the Commission's workload has been shuffled around a bit to meet the request but that’s not unusual as there’s a specific provision in the Act for the Government to assign priority to an issue.

To get it done in the shorter timeframe the Commission will produce a ministerial briefing paper containing alternative legal frameworks instead of a full report.

“We are not looking at the policy issues because they are for Parliament ultimately,” Sir Douglas said.

“We’re looking at the various options within the law that could be used by the Government if it proceeds with that policy change.

“It’s different from other projects where we would have detailed terms of reference, plus legal research leading to an issues papers consulting on that; we haven’t got time to follow that sort of process which is what we’ve done in all the other projects we have.”

One of the other projects is the Property (Relationships) Act 1976 which hasn’t been under review since it was passed.

“I don’t think there’s any magic time. I think what we can see with an Act like the Property (Relationship) Act is that it has a very social context,” said Commissioner Helen McQueen. 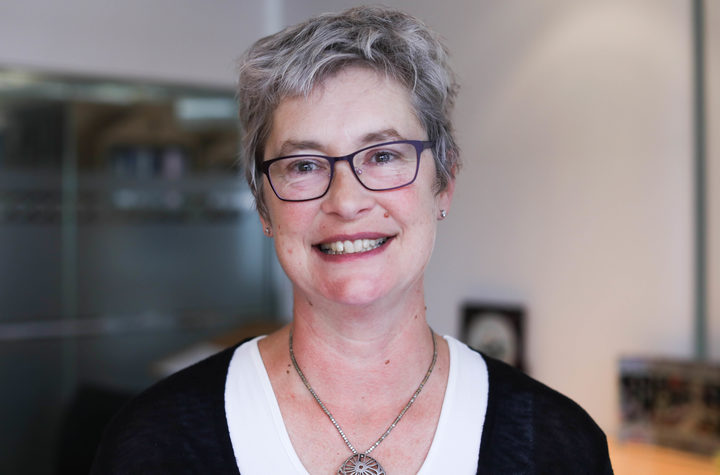 The Act deals with how the property of married, civil union, or de facto relationship couples is handled with when they separate or one of them dies.

“It’s about New Zealanders and their relationships and what they think is fair and appropriate when a relationship ends and how property should be divided,” said Helen.

“So I think we can all see that a 40 year period gives plenty of time for the social fabric of New Zealand to change and that in itself suggests that it would be an appropriate time to relook at the law.”

The majority of the Law Commissions projects are open for public consultation at some point and Helen said they received a number of responses to the issues paper published for the review of the Property (Relationship) Act.

“We have had a real range of submissions. We had a category on our website which was ‘tell us your story’ and a number of people bravely shared their experiences which sadly were not always happy ones,” she said

“Sometimes, [they shared] how they hadn’t felt particularly supported by the court system or indeed by the availability of lawyers to help them through that process.”

Public submissions are also welcomed on the proposed changes to abortion law and Sir Douglas said this important part of the process is one of the reasons why law reform takes time.

“It means we can report to the government and say these recommendations have been influenced by and taken into account the views of all those who might be affected by it so it helps the government enormously in deciding, or in knowing there is either general support or there are some issues that have been identified.”

“The minister wanted us to provide the public with an opportunity to express its views so we’ve done that,” said Sir Douglas.

We’re also working with the Ministries of Justice and Health and with other organisations in the health sector to make sure we’ve got all the relevant views to take into account.”

But working with government agencies or ministers doesn't mean the Law Commission must cater to the whims of the powers of the day.

“One of the main values of the Law Commission is that we don’t have to persuade anybody else. We have to persuade ourselves, the four commissioners, that what we’re recommending is appropriate but we do that from a position of independence which is incredibly important,” she said.