Tuesday was the first day back in the House for MPs and the beginning of a busy week of contentious legislation including the 'waka jumping' Electoral Integrity Bill and two separate bills dealing with medical cannabis.

Usually the year starts with a wide-ranging debate on the Prime Minister's Statement but Leader of the House Chris Hipkins said the rules allow MPs to get straight into business if the Address in Reply debate has taken place in the last three months.

However, before the business of Parliament could begin in earnest MPs took a moment to remember two former colleagues who passed away over the summer recess - Gail McIntosh and Jim Anderton.

Representatives spoke for each party in particular memory of the former Deputy Prime Minister and party leader Jim Anderton. 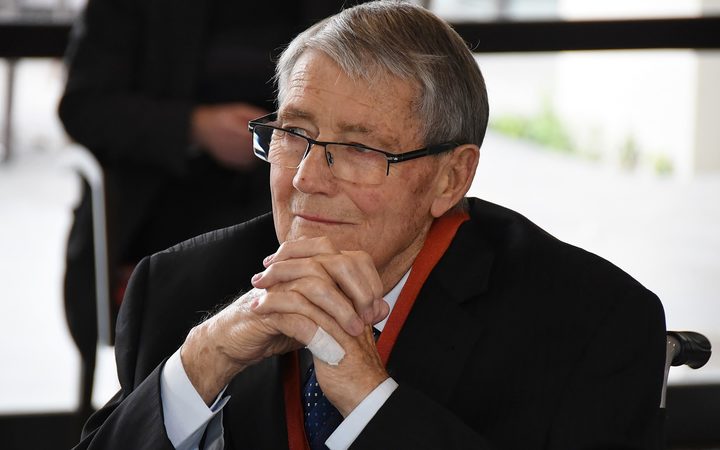 Jim Anderton at his Special Investiture ceremony in 2017. Photo: Office of the Governor-General