'I'm a bit of a traditionalist' - Paul Foster-Bell

Elections are a time of change. The mighty can tumble, underdogs can shine. For some, it’s a signal to move on of their own accord. National’s Paul Foster-Bell sits down with The House for its series with exiting politicians.

Among his achievements, he said, are two members’ bills which were “luckily” drawn from the ballot.

“Some people are here for 25 years and never get a bill drawn so it is an element of luck,” he said.

His first bill allows RSAs to serve liquor on ANZAC Day without having to apply for a special licence.

“I’m a bit of a traditionalist and I think also we need to honour the service people have given to our country through the armed forces, and it was ludicrous to see local, small RSAs... having to go and spend hundred of dollars to get a special licence, to me that was unacceptable bureaucracy.”

Paul Foster-Bell’s hopes his other bill, on arbitration, will “make New Zealand even more of a hub for international arbitration”. 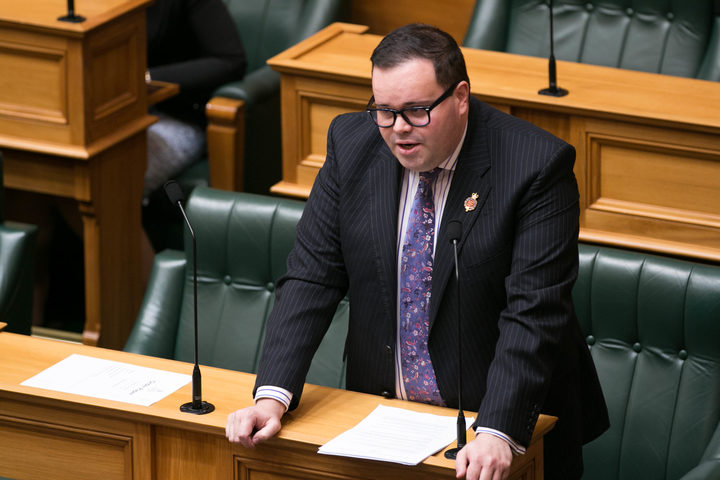 Paul Foster-Bell speaks to the House on a bill to wipe the criminal records of men who were convicted for consensual adult sex before homosexual law reform in 1986. Photo: VNP / Daniela Maoate-Cox

It would be used mainly for commercial disputes but also family issues like the contesting of a family trust which he said “should be a personal matter to be solved behind closed doors.”

On the list of things he would have liked to achieve is a position as a minister.

“The higher you go in the hierarchy here the more you can influence policy,” he said.

But it’s not for everybody and, he said, at 40 he’s still young enough to think about returning to politics at some point.

“I’m not ruling out the possibility of ever coming back... you always have your dreams of being a minister but not for just the sake of being something, you’re here to do something."

“I felt like I’ve done something, I didn’t come in here to be anybody I came here to achieve some things and getting a couple of members’ bills through is an achievement that not everyone has."

Paul Foster-Bell will step down at the September election.