Elections are a time of change. The mighty can tumble, underdogs can shine. For some, it’s a signal to move on of their own accord. Labour’s Annette King looks back at three decades as an MP for The House’s series with exiting politicians.

The clean out process is well underway in Annette King’s office.

Towers of boxes are stacked next to a green wheelie bin and most of the bookcases have been emptied.

The things that do remain seem more delicate - a framed picture hangs above the desk and woven bags and ceramics from the Pacific sit on the shelves making sure there’s still something for visitors to look at during her last weeks as an MP.

She flicks through a pile of newspaper clippings pausing on a two-page feature article with  “King Country” written in thick black letters across the top.

She can’t remember doing the interview but with over 30 years as an MP under her belt, it’s not surprising a few have slipped her mind. 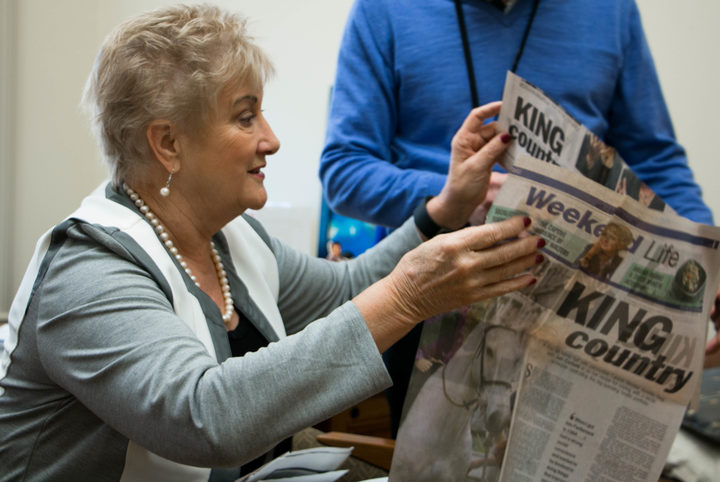 What is surprising is that back in 1984 she never expected to be here.

“I call myself the accidental politician because we’d never won that seat” and Annette King didn't expect to change that.

The Horowhenua electorate had been held by National since it was established in 1978 until Annette King won it “unexpectedly” in the 1984 'schnapps election'.

Helen Clark and Fran Wilde had encouraged her to run because Labour wanted more women in the House, and Jim Anderton nominated her.

“At [the] ‘84 election...only eight percent of the Parliament were women,” she says. The gender push had an impact.

A few lines of her maiden speech celebrated what was then a record number of women in Parliament - after the election there were 12.

“That took us up to something like 15 percent. Eight percent to 15 was a huge increase, that was the biggest increase in women after that election that we’d had.” 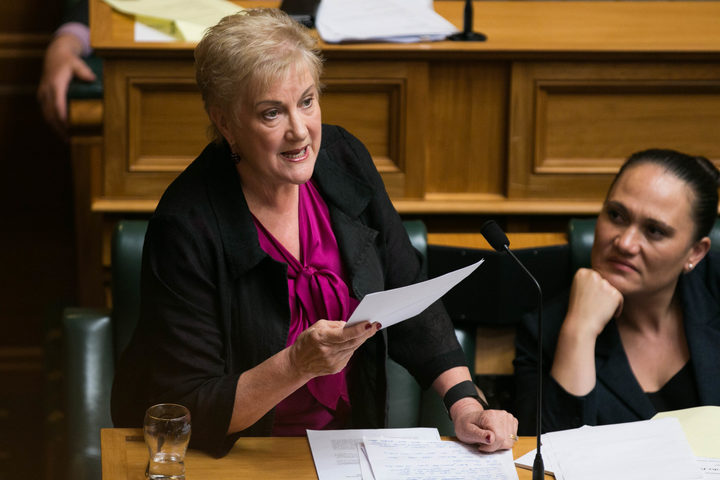 The Horowhenua electorate kept Annette King as its MP for two terms before National reclaimed it in 1990. Adjusting from being an minister outside cabinet to a person outside Parliament was rough. She agrees it is a knock to the  ego.

“The hardest thing is actually to be rejected in an election. ...We were called the re-treads when we came back in 1993.”

Her return to Parliament (this time as the MP for Miramar, later renamed Rongotai) was to the opposition benches and Annette King says there’s no doubt being in government is better.

“Opposition, after a while, is soul destroying,” she says.

“You want to do something, you get elected here to try and change things, make things better, address the issues people have raised with you; and in opposition, all you can do is talk about it.”

She did, however, make it back into government when Labour won the 1999 election (a role she has held since then) and enjoyed appointments as Minister of Transport, Justice, Police, and Health until Labour was defeated in the 2008 election.

She counts changes to the Public Health and Disability Act, the Policing Act and the rebuild of hospitals from Kaitaia to Invercargill among her achievements, as well as action on smoking and obesity.

But she says there are also things that "remain a blot" on her record.

In October 2007, after briefing politicians about their broad intent, officers set up road blocks in Te Urewera, detained people and searched private property while hunting for people they believed were involved in military-style training camps in Te Urewera Ranges.

Annette King says there was a briefing beforehand because it was the first time action had been taken under the Terrorism Suppression Act 2002 which came in after the September 11, 2001 attacks in the United States.

But she says despite the briefing, a separation of powers means the Minister of Police does not get to control the specific actions of Police.

"I'll always remember to this day the Prime Minister Helen Clark saying to the Solicitor General 'is this appropriate to use this Act for this raid?' and he said, 'yes it was'."

A road block in Ruatoki was manned by 16 Armed Offenders Squad members. The majority of people who drove along that section of state highway were stopped, photographed, and their car searched.

"What we saw on television that night shocked me, I had no idea this 'ninja' approach was going to be taken, and that stayed with me."

In 2014 the police apologised to the Ruatoki community and the people of Tuhoe for the what occurred during the Te Urewera raids.

Annette King has met with Tuhoe leaders herself, including Tame Iti and Tamati Kruger, revisiting what happened and apologising. 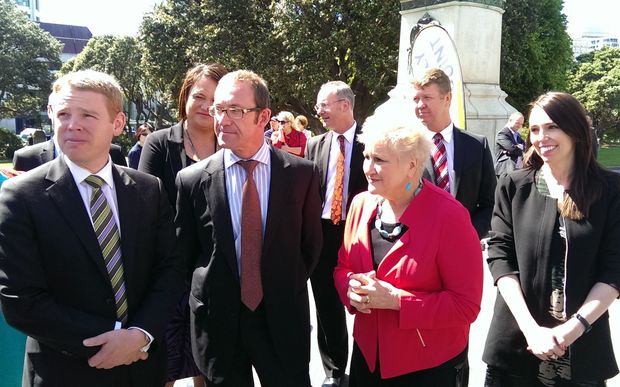 Now after 33 years in the role, it’s not ministerial portfolios, fierce debates or passing legislation that Annette King will find hardest to leave behind.

“It’s an incredibly exciting environment to work in because it’s so changeable, you never really know what’s going to happen... but most of all I’ll miss the people.”

It’s a myth that MPs hate each other, she says.

“I have to say there’s never been anybody I’ve hated in any part of the chamber. I’ve felt angry with people who’ve said things; I have responded, but we don’t hate each other.

“Some of the remarks that come across the House come in the heat of a debate... I’ve said some things myself that I’ve regretted."

When she first started as an MP she said there should be civility in debate, but she says she was unrealistic.

“What I accept now is that it is a robust place and you’re going to have people that are angry and frustrated and happy and are going to respond in the way they do.”

Despite differences she respects her colleagues across all parties.  Every person who sits in the padded green chairs of the House has, she says, had to fight to get there and isn’t in it for “ego purposes”.

“They come here for a passion to do something and that’s what I respect about this place, is that people want to do things to make our country better.”

“This is a fantastic job and a real privilege and I think that’s how most people treat it.“

Annette King will retire at the September election and says she will spend some time on holiday with her family and prepping her house for repainting before planning what comes next.

See more from The House's series with exiting MPs