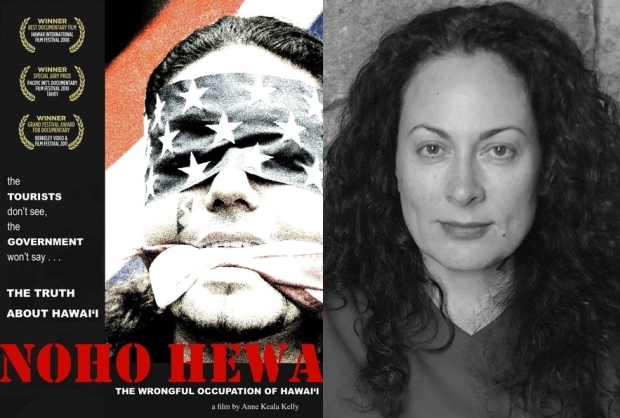 In 1893, the monarch of Hawai'i, Queen Liliuokalani (1838-1917) was overthrown by a group of American sugar plantation owners led by Sanford Ballard Dole (1844-1926). Ever since, generations of Native Hawai'ians have viewed the Americans as occupiers in their homeland having never ceded sovereignty. The issue has become even more complex as Hawai'i has become a military base for America and its economy is entirely dependent on American goods. In the meantime, Native Hawai'ians are reduced to tourist stereotypes.

In the early 2000's Anne Keala Kelly started documenting the militirisation of Hawai'i which then, led to an exploration of the reality of life in Hawai'i for Native Hawai'ians. The result, a documentary Noho Hewa: The Wrongful Occupation of Hawai’I (2008).

On a recent visit to Aotearoa, Kelly sat down with Maraea Rakuraku and discussed the film.