Six wāhine Māori in London share their views on the meeting house Hinemihi Te Ao Tawhito returning to Aotearoa after over a hundred and thirty years in England.

Hinemihi Te Ao Tawhito is affectionately known as a ‘kuia’ to the Māori diaspora in London. 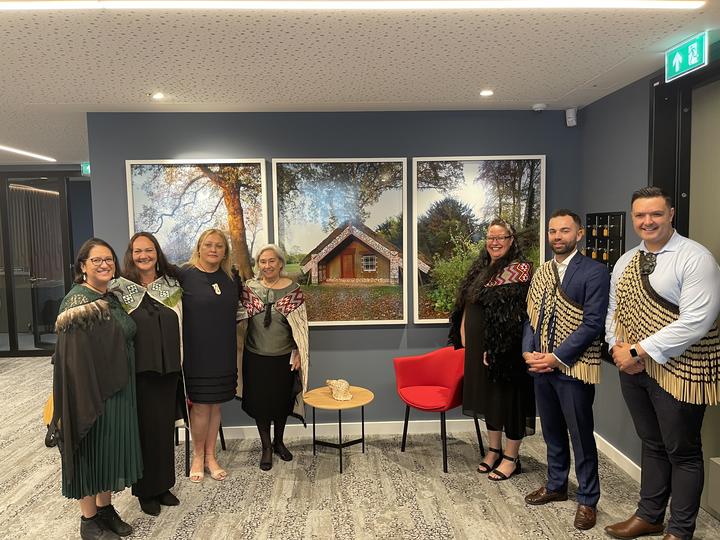 Kiwiroa Marshall, Esther Jessop, Maina Tapiata, Donna Scott, Samantha Callaghan and Natasha Vaike talk about their connection to Hinemihi, the return of the carvings and the concept of a new whare in England

The Māori and Pacifica diaspora in London have affectionately called Hinemihi their marae away from home and their ‘kuia’.

Kiwiroa Marshall (Ngāti Koroki Kahukura, Tainui) has lived in London for 30 years, where she currently works as the Liason for the Ngāti Rānana London Māori Culture Group and a member of the Te Maru o Hinemihi project.

She came to know about Hinemihi when Te Arawa iwi travelled to London to replace the carvings around the windows in 1993. 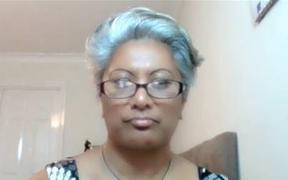 Esther Jessop (Ngai Tai) moved to London in Christmas of 1957. As a local kuia, she is considered a pou tuara or guide to the Ngāti Rānana group.

Esther recalls a visit from the Māori Arts and Crafts Institute in the early 1980s.

“Ngāti Rānana went to pōwhiri them and that was a lovely meeting…[they said] we’ve come to take our kuia home because she is lonely, and sitting next to me was our koro Hemi  Wiremu who had stayed here from the war,  and he looked at me and said she’s not lonely aye? And I said no she’s not lonely because we look after her and she looks after us.”

Esther remembers Hemi speaking about their manaakitanga (care) of Hinemihi amongst the Māori community and the visiting party ‘softened’ on their earlier quest to bring her home.

In the last five years, as the call for the return of Hinemihi grew, Esther had mixed feelings about it. But she supports the concept of a new pan-tribal whare.

“She’s there for all New Zealanders because a lot of our pākeha friends, when we have hangi day they bring their families out and they feel they have that sense of belonging." 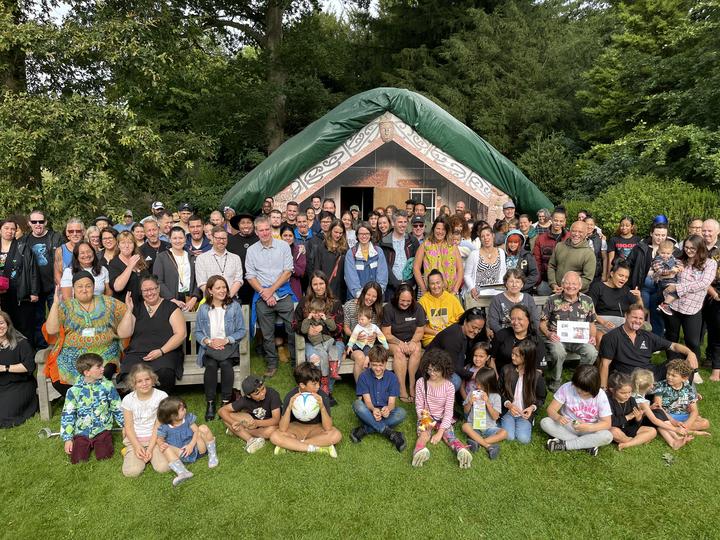 Ngāti Ranana and the community at this years, Hangi Day at Clandon Park. Photo: Ngāti Ranana

Samantha Callaghan (Te Whānau a Apanui, Ngāti Kahungunu) moved to London on the eve of Prince Williams wedding in 2011 and is not looking to return home anytime soon.

In 2012, she took part in weaving workshops organised by the Schuster whanau.

In 2015, a fire gutted Clandon House and destroyed many tāonga including tukutuku panels Samantha had made.

"There were tāonga kept in there that that had been given to the Onslows while they were in New Zealand from Ngati Huia and other iwi, a lot of those were destroyed in that fire... there were tukutuku panels that people like me and volunteers made... Dean Sully's students worked on panels that went up in flames." 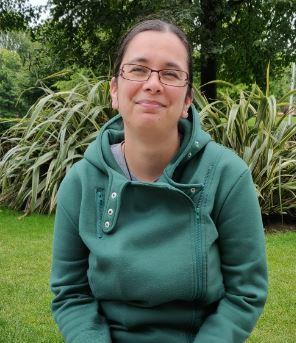 Samantha served as the Deputy Chair of Te Maru o Hinemihi for five years and in the last year has been its Chair.

"Our goal with Te Maru o Hinemihi has always been focussed initially on supporting the care of Hinemihi... but also with the call for an exchange… that means that there is a future whare that we need to consider within that space and the relationships that we need to build for that new whare to flourish and to be supported.”

A year later she and her husband moved to London which has been their home for 25 years. Their four children were born and raised there.

Maina supports the exchange and the concept of a new whare.

“I’m completely sold on it, for me it’s a win-win. My kuia goes home but we get ‘he whare mo te ao katoa’ and so everyone… even the British people get to be a part of her… the work that Te Maru and Ngā Kohinga are leading… that’s what I’m pushing for”. 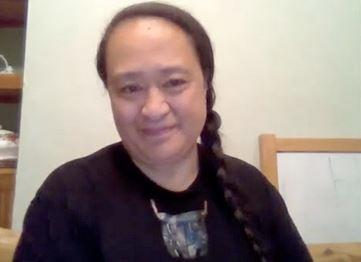 Te Kōhanga Reo o Ngāti Ranana was established in 1997 as a practical way to help the parents of Ngāti Ranana during kapahaka practise.

Donna Scott (Ngati Maniapoto) has lived in London for 26 years and works as a kaiāwhina. She says the Kōhanga builds on the values of kōtahitanga and whanaungatanga.

“There’s a place for everyone in our whanau, a lot of our rangatahi are our ringawera… The founding members saw a gap for the tamaraiki… We are from the same whanau… any sad occasion, tangihanga, we deal with those as a whanau.”

When Natasha Vaike arrived in London in 1999 she says she put out a ‘pānui’, or call-out, for other Cook Islanders living in London. Instead, one of the founding members of Te Kōhanga Reo got in touch.

Natasha eventually became the Chair of Te Kōhanga for a few years and today is the manager of Beats Polynesia - a group that promotes and fosters Pacifica cultures and language.

Natasha Vaike (Cook Islands) has lived in London for 22 years. 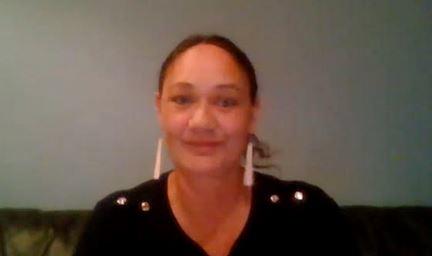 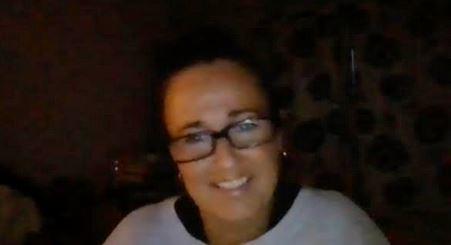 Both Donna and Natasha support the concept of an exchange.

“I think we’ve got the people in the right places to help with that process. Once you do learn about her history… our whare, she is a tāonga sheltering her tupuna back in Tarawera and then surviving the fire here worlds apart,” Donna says.