Hinemihi Te Ao Tawhito - A Connection to the Past 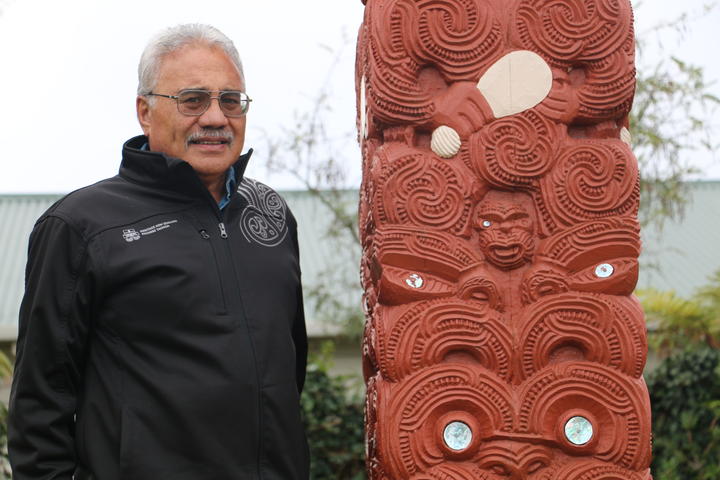 Jim Schuster next to the pou at Hinemihi near Whakarewarewa carved by Tene Waitere. Photo: RNZ/Justine Murray

“We owe a lot to that whare without her I wouldn’t be here, those people up there wouldn't be here” he says as he points to photos on the walls.

Schuster is the great great grandson of Tene Waitere of Ngāti Tarāwhai who assisted Wero Tāroi in carving Hinemihi.  On the day of the Tarawera eruption it's understood over fifty people sought refuge inside the house as molten rock and ash hailed down outside. During the catastrophe one hundred and twenty people were killed. It displaced the people of Te Wairoa and destroyed the famous Pink and White Terraces. 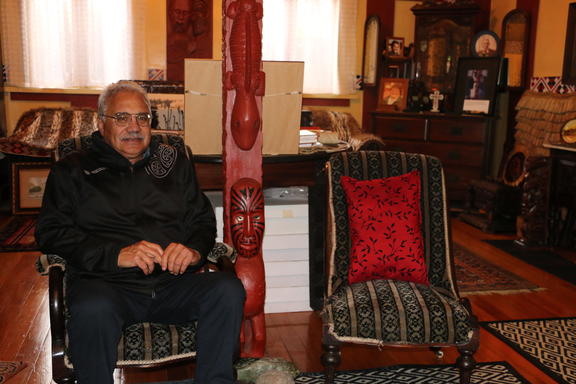 The area of Te Wairoa was abandoned, and brought to a halt the booming tourism industry of the time.

When the fourth Earl of Onslow William Hillier came to the end of his tenure as the-then Governor General he acquired Hinemihi Te Ao Tawhito for fifty pounds in a deal struck with Mika Aporo.

Hinemihi Te Ao Tawhito was dismantled and a consignment of twenty three carvings was shipped to Onslow's home of Clandon Park, Guildford, England where it has remained for almost 130 years.  In the last five years the carvings have moved to a storage facility. 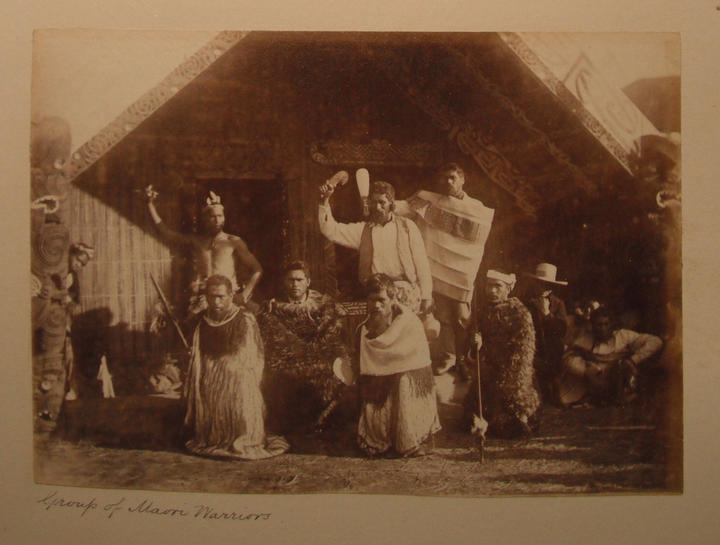 Such is the mana of Hinemihi, according to Jim Schuster today there are three carved houses and one uncarved house that bear the name Hinemihi.   The first was commissioned by Aporo Te Wharekaniwa in 1881 and resides in England today. The second house is located around fifteen kilometres northeast of Taumarunui near the Taringamotu River built in 1899.

“You rarely get a Te Arawa whare with a name of a woman on them, most of them are [named] after males and the wharekai bears the name of the woman…as far as we know it is the same Hinemihi named after that tupuna” he says.

Inside Hinemihi (the third) as Jim calls this house in Whakarewarewa, there are photos of his ancestors in most corners of the house, woven kete hang on the walls, intricate carved wooden statues and boxes take pride of place,  kakahu (cloaks) fill the space. 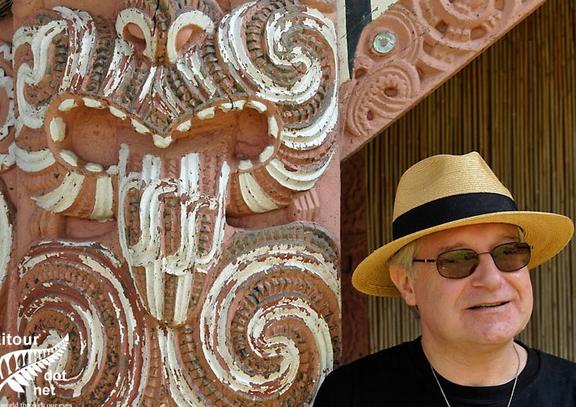 Alan Gallop met Emily Schuster in 1986 as part of a touring group, fascinated by the story of Hinemihi he wrote the book The House with the Golden Eyes. Photo: Supplied

Jims recalls the year 1986 when his mother Emily Schuster travelled to England with a touring party from the Māori Arts and Crafts Institute. Alan Gallop was tasked with showing the group around during their stay managed by the New Zealand Tourism Board.  Emily asked Alan to call The National Trust and find out if the party could visit Clandon Park to see Hinemihi. Alan resides in Ashford, Surrey, former Journalist now 73,  recalls that day;

“As they got off the coach in their formal attire there were very serious…we would have been 200 yards away from Hinemihi,  Emily encouraged us all to stand as a group and to slowly walk behind her…she started to call to the building and then half way across the lawn she stopped and she called again, and as we grew near it I could tell that quite a lot of people,  the men and the women were crying” he says.

Alan says he picked up the keys from the National Trust office and opened the door before the group arrived, he closed it shut and as the group came towards the house the door opened.

“There was nobody in the building I had closed it properly, I was quite shocked in fact I was a little bit frightened I must admit...but not one else seemed to be afraid” he recalls. 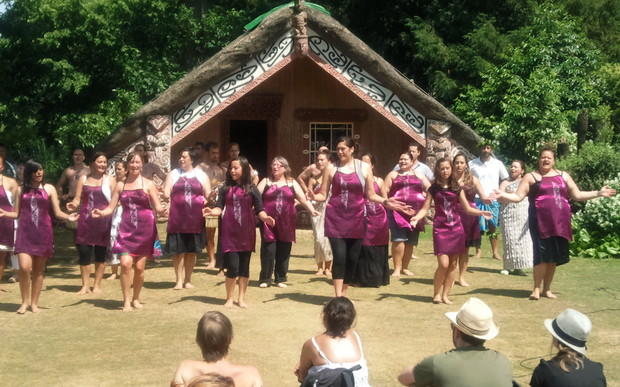 Alan says that Emily explained to him that the group were descendants of those that had survived inside Hinemihi during the Tarawera eruption.  Intrigued by the story Alan wrote the book ‘The House with the Golden Eyes’ inspired by the gold sovereign coins placed in the eyes of the carvings. He self-published five thousand copies. 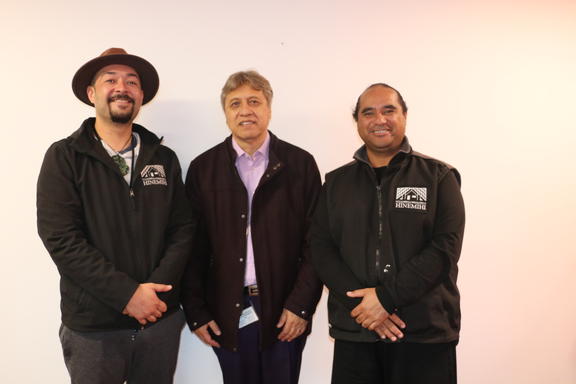 The legacy of Wero Tāroi is evident in the many carvings in Aotearoa including the waharoa Te Rangitakaroro at Auckland Museum and Uenuku Mai Rarotonga meeting house at Rotoiti. Both Tāroi and Tene Waitere carved Hinemihi Te Ao Tawhito.

As the discussion of returning the carvings has picked up in recent years by this announcement from The National Trust,  integral to the conversations is the collective, Nga Kōhinga Whakairo o Hinemihi formed in late 2018. Member and well known Te Arawa figure Rangitihi Pene describes the booming tourism industry from 1870 which was the reason Aporo Te Wharekaniwha commissioned Hinemihi.

“There were two tribes involved... Ngāti Hinemihi was involved through their chief Aporo and Aporo built a hotel for the iwi and named it ‘The Cascade’ and he gave up on that name and called it ‘The Rotomahana’ and there was a second hotel called ‘The Terraces’  hotel...on land leased by Tuhourangi… initially Tuhourangi and Ngati Hinemihi were competing tourist companies it was so bad that there had to be mediation…in the early 1880s they became one tourist venture”

Hinemihi Te Ao Tawhito was built in 1881 and functioned as both a traditional whare and to host concerts.