A Legacy of Service - 28th Māori Battalion of Ngai Tamarāwaho 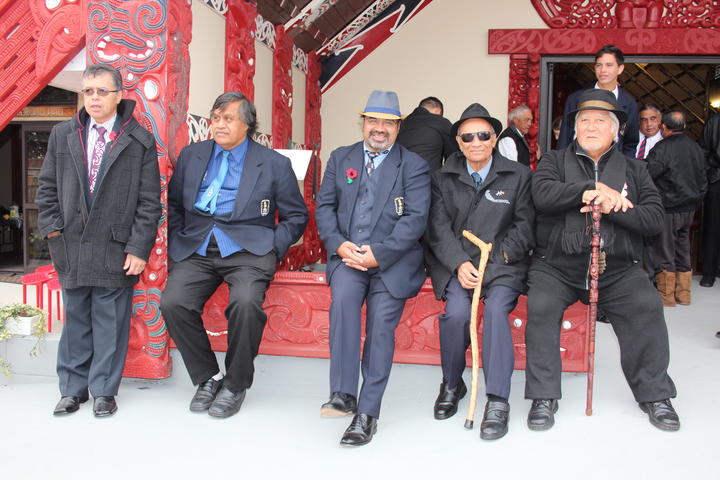 Te Ahi Kaa Producer Justine Murray has a conversation with her old brother Te Moanaroa Ngatoko about his research into the men from the hapū of Ngai Tamarawāho including their own grandfather who served in B Company of the 28th Māori Battalion.

The earliest memories my brother has that our grandfather served in World War II was his army suitcase that sat in a dark corner of the wardrobe.

“My childhood memory was around some of paraphernalia that was in the house…koro’s army suitcase, his army jacket…a drink bottle…me and your older sister Sheena playing with them…there was a shoulder bag that we used to take to school and scribbled stuff on the outside, so I remember those things” he recalls. 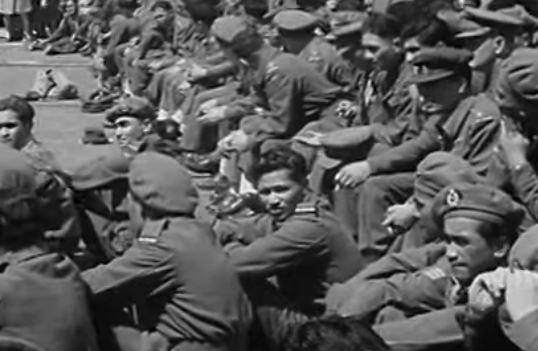 Our grandfather Gerald Takaahurangi Ngatoko (Taka) died when Te Moanaroa was just seven years old and before I was born. Other than old black and white photos of him, and archival footage of the return of the Māori Battalion on the 23rd January 1946, little else is known. He like many of the return servicemen never spoke about the war. While this is understandable given the trauma of war, the flow on effect meant that little was known about their service.

The lack of information would become obvious when Te Moanaroa attended an ANZAC commemorative event and overheard a group of men speculate that no men from our hapū had served in the war overseas.  Knowing this to be false and disheartened by the conversation, in 2013 he presented a research proposal to the Kāhui Kaumatua of Huria Marae, with guidance and support from the late Dr Morehu Ngatoko-Rahipere, he began his research for his Master’s Degree into the men of Ngai Tamarāwaho that served in the 28th Māori Battalion.

As part of his research he interviewed descendants of the men, combed through military records and with the aid of kaumatua also delved into whakapapa. During his rangahau, information was hard to dicipher because some of the men enlisted under an alias.

According to his research, 23 men from Ngai Tamarāwaho served in World War II of these men 20 were part of the 28th Māori Battalion. Brothers Ian, Leonard and James Hall served with other units. Two servicemen did not return home, Sgt James Milton Hall of the Royal New Zealand Air Force was killed in action and interred at Eindhoven Cemetery, Netherlands. Private Anania Wikeepa was killed in action and interred at Enfidaville War Cemetery, Tunisia.

The only moving image I have seen of my grandfather can be found here, from Pipitea Wharf, my koro Taka along with other members of B Company made their way to Turangawaewae marae to another rousing pōwhiri.  From there the men from Ngai Tamarāwaho travelled back to Huria Marae, Tauranga.

In 2015 Huria Marae hosted the annual ANZAC commemorations and unveiled a memorial stone dedicated to the men from the hapū that served in the First World War, World War II, Jayforce, Malaya/Borneo and Vietnam.

The plaque is also dedicated to ancestors that fought and died in the Battle of Pukehinahina and Te Ranga in 1864. 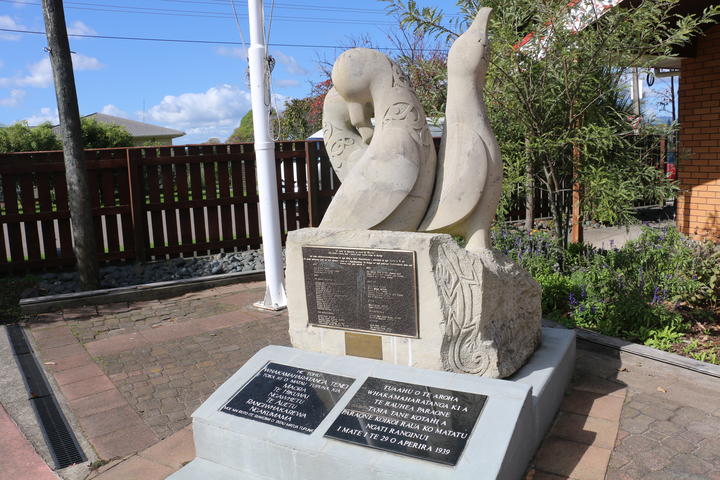 In 2016 Te Moanaroa completed his Master’s Thesis titled ‘E Rere te Karoro, E rere ki Huria - Ngai Tamarāwaho of the 28th Māori Battalion’. The name was taken from a mōteatea (lament) of Ngai Tamarāwaho, the song depicts the karoro (seagull) soaring to great heights above Huria Marae for far off lands only to return again.

“I liken that to the soldiers from Huria flying away to adventures half way around the world and coming home…it’s also about a young maiden who was feeling a bit confused with life and depressed and again I liken that to these young men…that it wasn’t quite the adventure they were seeking...reality hit when they get over there...seeing the horrors of war”

Te Moanaroa remains adamant that his research findings is to ensure that the stories of these men lives on through their whanau and their descendants.

“Really the catalyst was people didn’t know who our soldiers were and what they contributed,  and I just thought it was such a worthy kaupapa and to contribute to the body of knowledge amongst our hapū and iwi…for me any kaupapa that you research you should be passionate about and it should be close to your heart and even though the work can be intensive…in the end its worth it.” 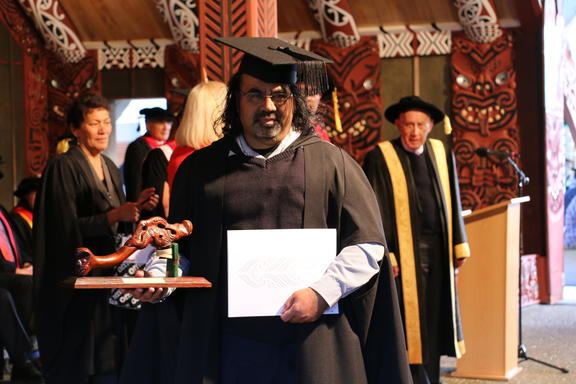 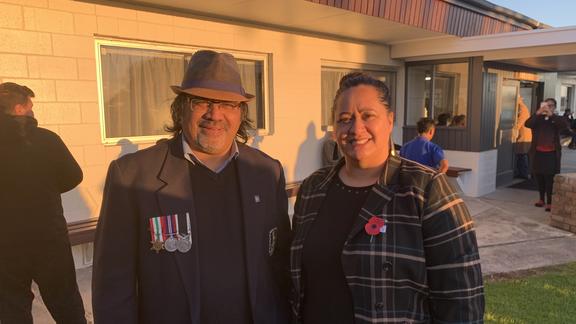