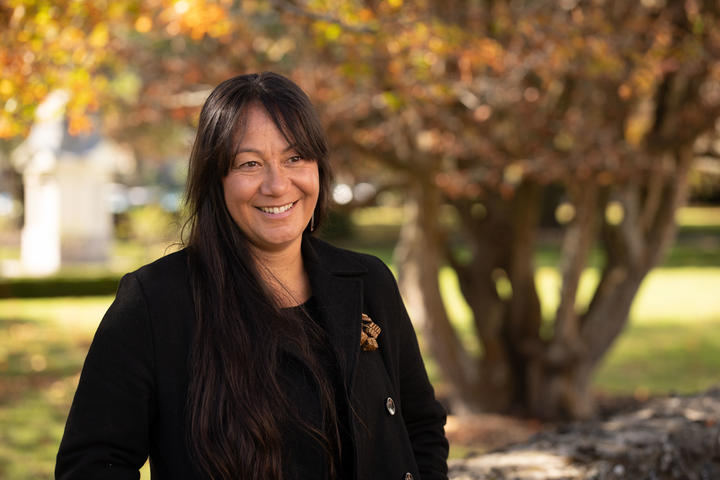 Dr Jani Wilson teaches her students how to pitch their film ideas in one minute, just in case they meet a famous film producer in an elevator.

The AUT Film and Media studies lecturer shares her story.

When the Mataatua waka arrived at Kākahoroa harbour, the men disembarked and surveyed the lands. The waka remained on the water and soon the winds picked up and it began to move about.

Over time, the rousing of the waka became dangerous and it drifted out. Fearing for the safety of the women and children on board, a woman named Wairaka exclaimed ‘Kia Whakatane au i ahau’ (Let me be as a man!).

She reached into the water and pulled the anchor on board, and sailed the waka back to safety.

Jani Wilson says she grew up intrigued by the actions of her ancestor.

“I just thought 'did she actually goes against tikanga to pick up that hoe waka and save the women and children on the Mataatua?' I thought… 'either she must be really stupid or really brave'. So during the course of my academic journey, I’ve had to draw on her a lot….I’m just trying to be brave because you have to navigate your way in choppy situations.” 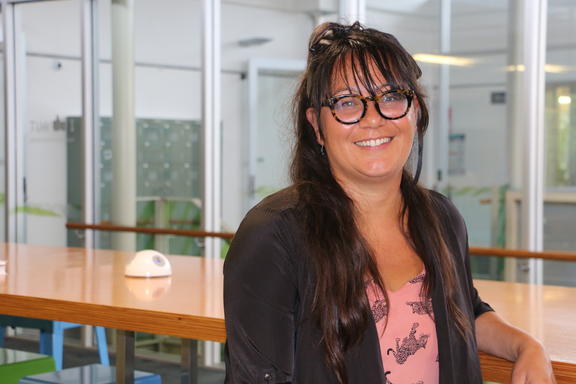 Jani is a contributing writer to the book Nga Kete Mātauranga – Māori Scholars at the Research Interface.

Her chapter ‘Wairaka – Challenging The Status Quo’ is symbolic of her career in academia.

In her chapter, Jani writes about an idyllic childhood growing up in Edgecumbe during the 1980s and 1990s, where her playground was the Rangitaiki River and where she and her family spent summers swimming, riding horses and bikes.

The local video store had an adjoining ‘spacie parlour’ (arcade game parlour) and on her way in Jani remembers glimpsing the movies Utu, Breakdance and Zapped displayed on the shelves.

Jani's father was born in England and she describes him as a ‘Londoner’ with a cockney accent who loved westerns, ‘trashy’ American action films and British comedy.

“One of his luxuries in his life is actually watching movies, and he had dubbed videos even before we owned that Kambrook [VHS player]. They just sat up there [on the shelf] and he said 'one day I’ll have a VHS and a VCR'. Eventually when we did own one we were the first on our street…he was the one who fostered us as fans and friends of film.”

Jani has a background in performing arts. She writes songs and a few of her waiata are inspired by Wairaka.

In the year 2000, she undertook a double degree in Film and Media studies and Māori studies. Jani recalls that she was a young single mother to her baby daughter Manaaki at the time. 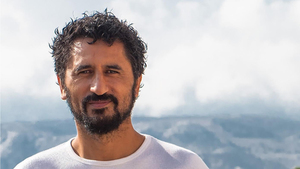 In 2006, Jani's master’s thesis ‘The Cinematic Economy of Cliff Curtis’ focussed on the New Zealand actor's five Māori screen characterisations and five of his ethnic roles in Hollywood.

The main component of Jani's thesis was to analyse how aspects of tikanga are crucial to Curtis’s work as an actor.

“I realised 'wow, Cliff is way superior… just in terms of the breadth and the scope. And coming from a performance background…also because I had passed as so many ethnicities in my life…naturally looking at Cliff Curtis I wanted to do a comparative analysis so let’s do one between his Māori roles and his ethnic roles.”

Jani’s research entailed in-depth interviews with Cliff Curtis’s agent at the time, and when her research was complete she wove a kete basket and placed a copy of her thesis inside.

Jani's 2013 doctoral thesis ‘Whiripapa’ examined Mātauranga Māori and its place within film production drawing on a central theoretical framework, Te Kete Aronui, the name of one of the three baskets retrieved by Tāne nui ā rangi.

As a Senior Lecturer at the Manukau campus of AUT, Jani teaches mostly Māori and Pasifika students. It’s a job she loves and is proud to have her students working at a range of media outlets today.

As part of her professional development, Jani has gained invaluable experience at the British Film Institute.

She tells her students films are easy to make with next to no budget, given the technology available today.

“I’m like…be brave because these are real stories, so even my students emulate Wairaka, too. I also teach a paper that I’ve developed called ‘Writing in Māori Shorts’ so they write a short story and they turn that into a short film script, the last assessment is that they have to exhibit or perform something that directly relates to that film, so you can see the succession.”

Note: The story of Wairaka has various interpretations, other iwi believe it was Muriwai (not Wairaka) that sailed the waka to safety.