Professor Meihana Durie is a Professor of Māori Knowledge at Te Pūtahi a Toi and Deputy Vice-Chancellor Māori at Massey University in Palmerston North.

He defines Mātauranga Māori as 'Māori knowledge that can be applied to contemporary realities'.

In this conversation with Justine Murray, Professor Durie explains how these knowledge eco-systems can work within spaces such as filmmaking, kapahaka and education. 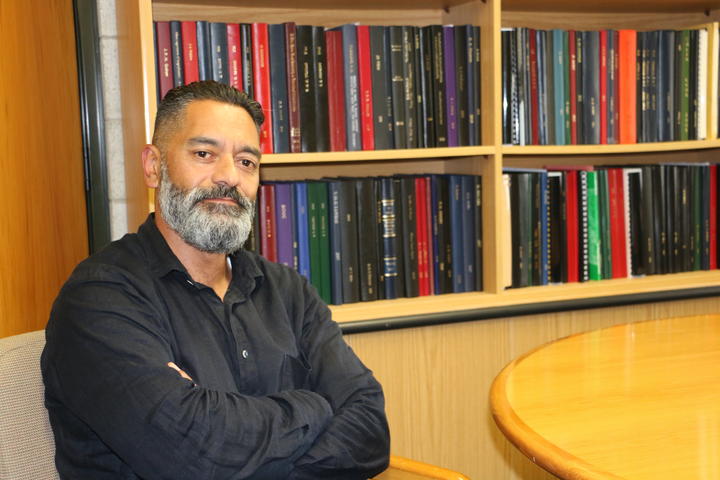 Professor Meihana Durie at his office, the books are bound PhD thesis from a range of Māori scholars. Photo: RNZ/Justine Murray

“I think that’s been hugely evident in the Māori response to Covid that in terms of our tikanga we made decisions very early on to change and adapt and evolve our tikanga customs like hariru and hohou te rongo… From a university perspective too, our staff, Māori at Massey, we’ve had to adapt to the new challenges, the biggest one is taking our teaching online and making sure our tauira are able to engage online just as effectively.”

Durie is an educator, academic, filmmaker and a contributing scholar to the recently released book ‘Nga Kete Mātauranga – Māori Scholars at the Research Interface’ edited by Jacinta Ruru and Linda Waimarie Nikora. Inside his office are hardcover copies of postdoctoral theses from Māori scholars around the country.

While Mātauranga Māori is often interpreted as ‘traditional knowledge’ Durie takes a different view. In the article ‘Mātauranga at the Interface’, he explores its applications within different contexts and environments.

“I would argue that mātauranga is knowledge about contemporary realities and that we utilise and we draw from this puna of mātauranga to help us as Māori…the interface here at the university, for example, is one interface that we apply mātauranga Māori in, in order to keep ourselves safe as Māori academics and in order to maintain the space we must have as Māori in the academy.” 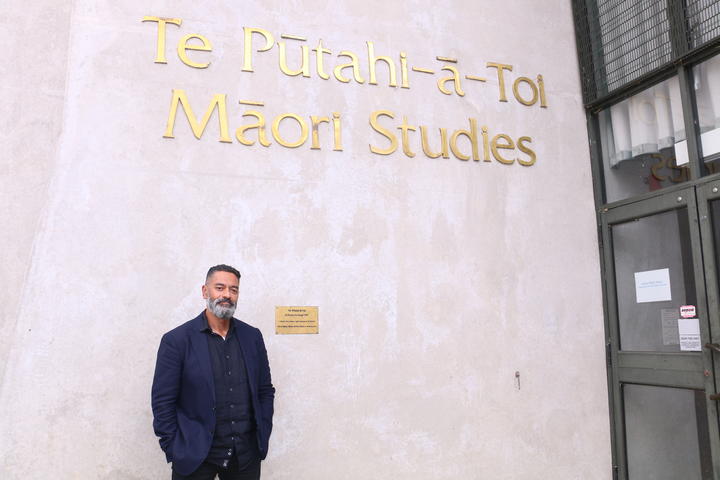 Professor Durie writes of how mātauranga can be applied to the kapahaka stage and to filmmaking and education. In the context of sports, he draws on the stories of his ancestors. The Palmerston North sports academy Manukura is an example of how this model inspires excellence, he says. Named after the pilot bird who leads the formation of tūī, this spirit is captured in the proverbial statement ‘He kōkouri, he kōkōtea’.

“Mātauranga ought to be seen as one part of a wider eco-system of things within te ao Māori…but unlike western knowledge…we don’t try to break down Mātauranga Māori to its most minute fraction...[it is] a wider way of connecting us to other people, to our tupuna, to our environment to te kāhui atua.”

Professor Durie is the son of Sir Mason Durie, who is well known for this research within Māori health. He is Rangitāne, Ngāti Kauwhata, Ngati Raukawa (te au ki te tonga). His mum Arohia is Ngāti Pōrou, Rongowhakaata and Kai Tahu.

Before he took up his posts at Massey University, Professor Durie was kaihautu and Academic Director at Te Wānanga o Raukawa in Ōtaki. He was also was instrumental in establishing Nga Purapura - the hauora centre and the Bachelor of Māori Health Promotion programme.

In 2009, Professor Durie and his younger brother Pere wrote and directed the short film Warbrick, about the moments before the New Zealand Natives Football team (NZ Rugby Union) took to the field to play against England. In the film, Joe Warbrick inspires his ill teammates with a rousing rendition of the haka ‘Ka Mate’.

For now, though, film-making has taken a back seat.

“It’s an area that I have a huge interest in, Māori cinema. I’m just in awe, really, now of these talented Māori directors, so many wāhine and tāne in the last few years who have been able to make their own films… For us I think is another way for Māori to tell our stories to the world.” 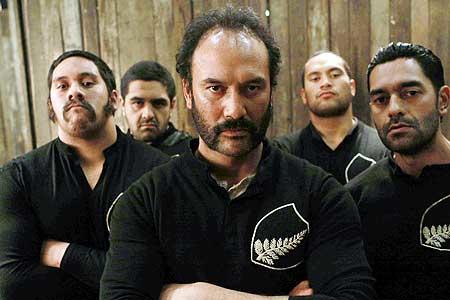