Manaakitanga: the role of marae during the Christchurch earthquakes of 2011 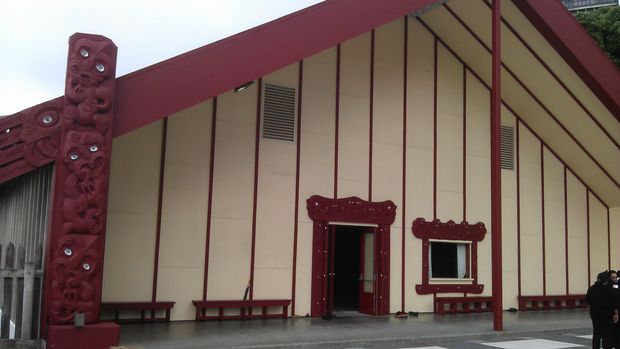 To mark ten years since the Christchurch earthquake, Te Ahi Kaa looks back at its coverage where the tragedy inspired whanau in the Wellington region to look at how to transform their marae into welfare centres.

The philosophy of manaakitanga is to look after and care for others, in the days after the Christchurch earthquake on February 22nd 2011, Pipitea Marae opened its doors to the evacuees.

The complex, which also runs as a function centre can house up to 600 people, volunteers helped in the kitchen,  strangers dropped of food and clothing, supermarkets sponsored food and toiletries. Pipitea marae is located in the heart of Wellington and was built in the 1980s to accommodate the number of Māori moving there for work.

North of the city in Newlands is 'Ngā Hau e wha o Paparārangi' marae where the local whānau also hosted evacuees for a time, but as those numbers rose and the lack of proper facilities could no longer cope, evacuees had to be transported to Te Kakano marae in Lower Hutt. Former chairman of 'Ngā Hau e wha o Paparārangi' Bill Rawiri, says from this experience a more collaborative marae approach was needed.

In 2012 Wainuiomata marae hosted a mock welfare centre where whanau set up different stations needed during an emergency event, this includes housing needs, clothing, catering and communications. Te Ahi Kaa covered the kaupapa as part of its coverage.